The shooting was at Santa Fe High School near Galveston; law enforcement has identified the suspect. 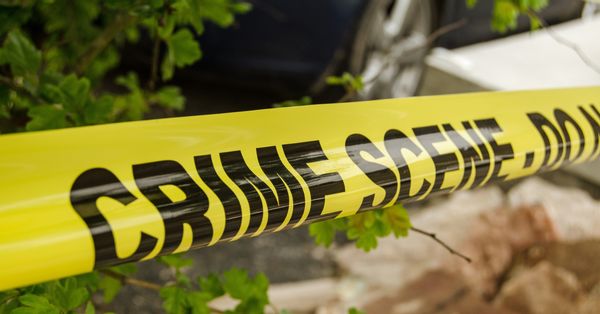 Republican Gov. Greg Abbott confirmed the death toll during a press conference. He also mentioned that 10 other people were injured in the attack.

The suspect was identified as 17-year-old Dimitrios Pagourtzis. Abbott said that he did not legally own the .38-caliber revolver and shotgun he used to carry out his assault; instead, the governor said, the firearms belonged to the suspect's father.

Santa Fe High School student Paige Curry expressed resignation rather than surprise during an interview with a local ABC affiliate in the immediate aftermath of the mass shooting:

Baseless conspiracy theories immediately began predictably circulating on social media, as they do after every mass shooting:

Here we go again! My heart goes out to the victims and their families! Question everything you hear from MSM! What really happened!? Deep State Set up? False Flag? Time will tell. #SantaFeHighSchool #WakeUpAmerica #QAnon #DeepState #MAGA https://t.co/FSlPffBnE2

The term "false flag" refers to an ubiquitous conspiracy theory that posits mass casualty events like mass shootings are engineered by the government as pretext for seizing guns or enacting repressive laws.

According to CNN, this is the third school shooting in just eight days, and the 22nd since the beginning of 2018:

On Wednesday, an Illinois school resource officer shot and wounded a former student who fired a weapon near a graduation rehearsal at Dixon High School, authorities said. The suspected gunman faces three charges of aggravated discharge of a firearm.

On May 11, a 14-year-old boy in In Palmdale, California, went to Highland High, his former school, and began shooting a semiautomatic rifle shortly before classes began. He was taken into custody and is accused of attempted murder. One person was wounded.

One month earlier, a handful of Santa Fe High School students had participated in the national #NeverAgain walkouts, which was sparked by survivors of a 14 February 2018 mass shooting in Parkland, Florida that left seventeen people dead. In its wake, teenaged survivors of that school shooting have been speaking out against gun violence (and enduring various high-profile smears and conspiracy theories in the process):

@schoolwalkoutUS Santa Fe High School. Santa Fe, Texas. #NeverAgain We read a poem by a parkland survivor, handed out gun violence fact sheets and orange ribbon, did 17 minutes of silence, and then talked about ways to raise awareness for gun violence, and make your voice heard. pic.twitter.com/UiIwVVw75q

During his press conference, Abbott said that he would begin holding discussions with "stakeholders" in the ongoing debate over gun safety legislation, including both victims of shooting attacks.

Meanwhile, Lt. Gov. Dan Patrick suggested that cutting down on the number of entrances and exits at schools could be a solution.

"We may have to look at the design of our schools moving forward, and retrofitting schools that are already built. What I mean by that is there are too many entrances and too many exits to our over 8,000 campuses in Texas," he said:

There aren't enough people to put a guard at every entrance and exit. You would be talking twenty-five, thirty, 40,000 people. But if we can protect a large office building or a courthouse, any major facility we need to look at limiting the entrance and the exits into our schools so that we can have law enforcement looking at the people who come in one or two entrances.