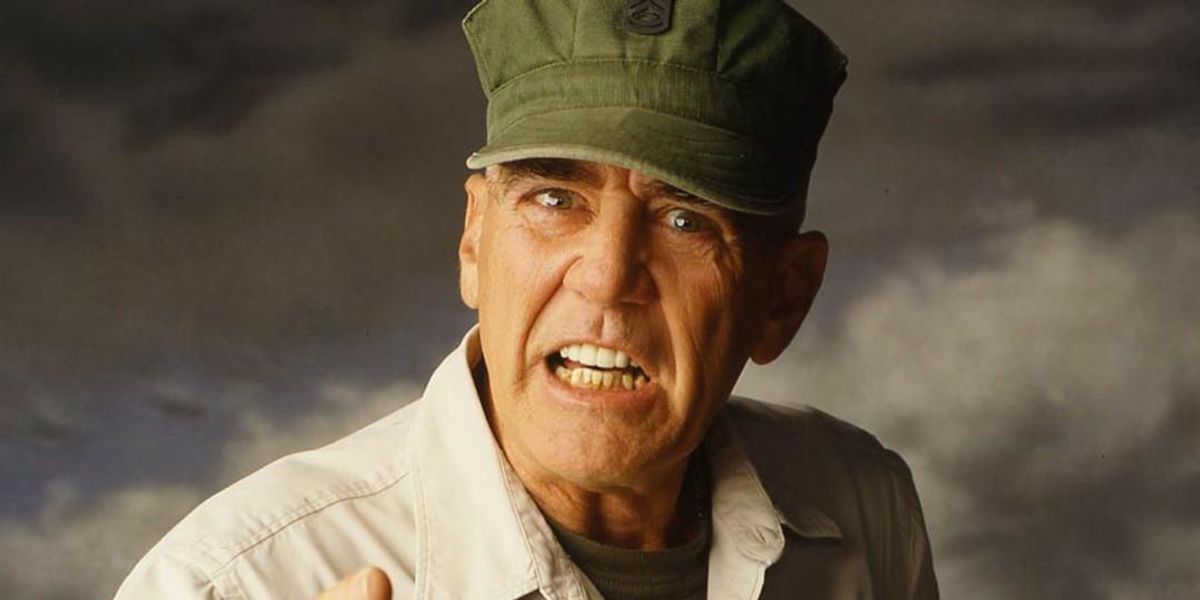 R. Lee Ermey, who parlayed his real-life experience as a drill instructor for the U.S. Marine Corps into a film and television career, died on 15 April 2018. He was 74.

It is with deep sadness that I regret to inform you all that R. Lee Ermey ("The Gunny") passed away this morning from complications of pneumonia. He will be greatly missed by all of us.

Ermey, a Kansas native, served as a drill instructor at Marine Corps Recruit Depot San Diego between 1965 and 1967, and he also served a 14-month stint in Vietnam before he was medically discharged in 1972. Six years later, Ermey began an acting career, specializing in military roles, including an uncredited role in Apocalypse Now in 1979.

In 1987, Ermey was initially hired to be a technical advisor to director Stanley Kubrick for the film Full Metal Jacket, but Kubrick ended up casting Ermey as Gunnery Sergeant Hartman and, in a rare step, allowed the Marine to improvise his performance as well as write and edit his own dialogue. Ermey was nominated for a Golden Globe award in 1988 in the Best Supporting Actor category for his performance.

Ermey went on to play a variety of authoritative characters in more than 70 films, as well as in several television series and video games. He also hosted the History Channel series Mail Call and Lock N' Load with R. Lee Ermey, as well as the Outdoor Channel show GunnyTime (a play on his nickname of "The Gunny").

In 2016 Ermey, a board member of the National Rifle Association, said that he had been "blacklisted" in Hollywood after criticizing then-President Barack Obama's policies during a December 2010 event. However, Ermey identified himself politically as an independent.