Robert Ussery and Jodi Mann have been stalking mass shooting victims and survivors for months. 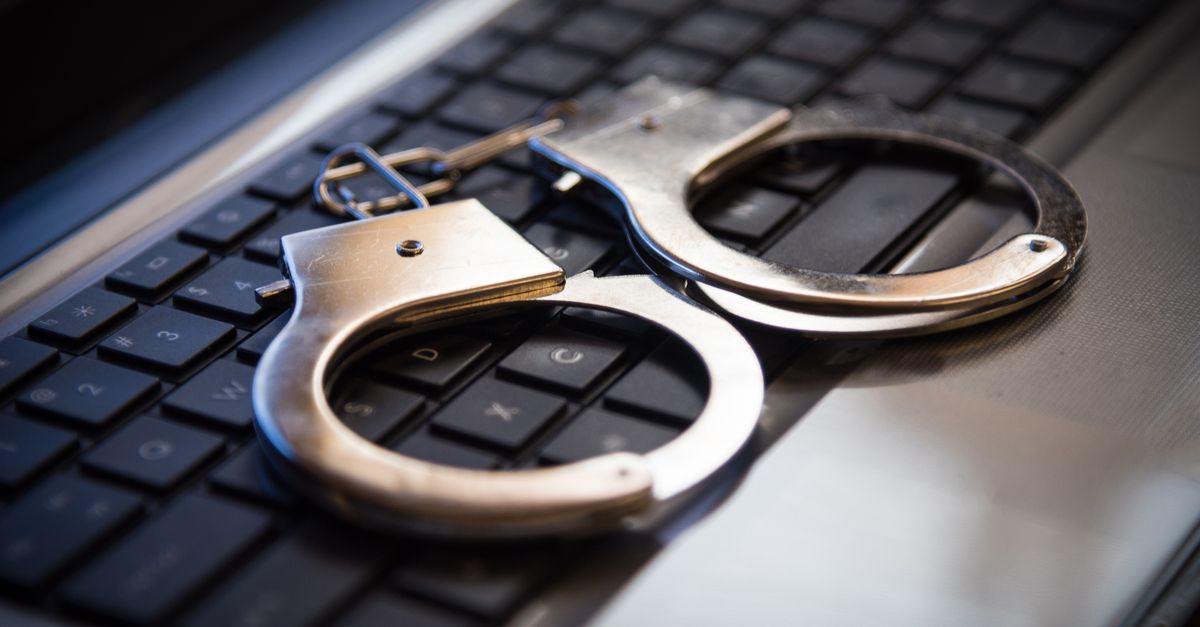 Two mass shooting "truthers" arrested for trespassing and making threats to survivors and family members of those killed by a gunman in a Texas church in 2017 have been released on bond, according to a community member and researcher who tracks the pair.

The Wilson County Sheriff's Office has repeatedly refused to release basic information about the pair's arrest, including pending court dates, bond information, charges and whether or not they are currently in custody.

C.W. Wade, a researcher and journalist with HONR Network, an advocacy group that acts on behalf of families and victims of high profile crimes in an effort to shield them from hoaxer harassment, has so far been the only one able to confirm the pair was in custody and ascertain what their charges were through an early-morning phone call to the sheriff's office, which he recorded.

When we called the sheriff's office seeking an update, the woman who answered the phone would say only Ussery was there and now he was not before hanging up on us.

Sutherland Springs resident Mike Jordan, who aided shooting victims and has been one of Ussery's harassment targets, told us Ussery and Mann are free on bond on the condition they do not come within half a mile of the church. Jordan was one of the first people on scene (along with his wife and son) who sprang into action to assist the injured, including coming to the aid of a young child who was sitting in a pew when her mother was shot point-blank next to her. Jordan said:

We saw this, we lived this, and to have some piece of crap like Robert Ussery come in to our town and tell us we're all actors — that's what we've been living with and putting up with.

For months, the pair has filmed themselves stalking and harassing the Sutherland Springs community, accusing grieving relatives and shooting victims of being liars or actors who were covering up a "false flag," a term that has become conspiracy theorist shorthand for a crisis contrived by the government to seize power. On the day the pair was arrested, they had accosted the church's pastor, Frank Pomeroy, whose 14-year-old daughter was killed in the shooting. Jordan told us Ussery told Pomeroy, "I will hang you and I will piss on your body while you’re hanging."

Both Wade and Jordan said Ussery has a documented history of threatening people, and they both believe he will eventually hurt someone. Wade has compiled a series of screen captures and YouTube videos in which Ussery threatens and verbally abuses people. In one video, Ussery filmed himself sneaking into the 22 January 2017 funeral of a Texas man who was killed while shielding his wife in a botched mall robbery. In the video, Ussery made a point to capture car license plates as well as images of the man's body in a casket. In another video, Ussery appears to be firing a gun, and although it's unclear whether he was actually targeting anyone, he implies that he is.

He's going to end up hurting someone eventually. He's made threats about having guns and I'm like, "so you're threatening us with firearms now. I'm not sure if you understand, but we're the ones who shot the shooter. I'm not sure it's a good idea to come blazing in to our town threatening to shoot us."

Before his arrest, Ussery posted a video to his web site in which he films himself on the phone with a crying woman whose niece and sister were killed in the Sutherland Springs church shooting. He taunts her, then laughs as she screams and sobs, begging him to leave her alone.

After we contacted YouTube about the video it was removed, but Ussery still has an active YouTube channel showing similar encounters, and both Ussery and Mann have Facebook pages. Usery also posts his videos to a site called 153News.net, which has an "About" page that reads as follows:

Welcome everyone.  My name is Jason Boss and I am the private individual who built 153news.net.  I lost my 20,000 subs and 1400 videos on youtube as I exposed the Las Vegas hoax.  I have been in IT all my life and even spent 4 years working at Google in the Oregon data center.  I know how to build servers, networks, I am tired of the people telling the truth being silenced.  We are in dark days and the only way to fight this kind of war is to be able to fight the suppression of information.  I have come to meet and know alot of people I had never heard of on YouTube.  Brothers and sisters who keep getting silenced and harassed by a company whose motto is "Dont be evil".   I don’t think our civilization has a ton of time left if we can’t stop the slow kill that is happening to us all.

As vid.me is turning itself off after 9.2 million in funding, I am nervous that it only cost $5k to build 153news.net to this point.  Imagine what a group of patriots could do with that kind of cash.  The limitations we will always have will be upon scaling the infrastructure.  Right now we have a few aces in the hole because I own an ISP and can use its resources to help build this but if this gets to big to quick, we may have some issues.

Because I know these servers will probably be raided, seized, and hacked by the alphabet gangs and those who hate the truth, I have multi continent backups.  They can destroy our entire server infrastructure and I should still be able to rebuild the database and files fairly easily.  I am ready for this kind of war.

** Hackers of good...I know you guys are out there, if you find an exploit of any kind, please please please email me at jboss008@gmail.com and let me know what the exploit was.   In our endeavor for truth and waking people up, I know most of you hackers are out for the same things we are out for and this is your chance to help us get secured and stand a chance against paid hackers that will be coming.

I have brought a partner into 153news.net.  Someone alot of you probably know and someone who I respect highly.  FromDeath2Life is the official partner of mine in this quest for the truth endeavor.  We have no funding, no big pockets, but we believe that if we build a platform that isn’t sold out, that isn’t scared to fight, and that will let truth reign supreme,  the funding will take care of itself.  Till that day we have dedicated what we can into keeping your videos safe and censorship free.

I want to thank folks like Side Thorn and Granny Conspiracy for their support of this site and for being tough ol patriots there not just laying down.   This site belongs to all of you guys out there...this is the people versus goliath.

YouTube did not respond to an inquiry about how the platform is addressing the targeted stalking of mass shooting victims, which has become so endemic since Sandy Hook that Wade has given the phenomenon the name "auto-hoaxers," telling us:

With the Pulse nightclub shooting [in Orlando, Florida], the police were surrounding that place and the hoaxers were already putting their videos up. Literally people were still inside the building getting shot when that was happening.

C.W. Wade said to cope with the problem, YouTube is going to have to crack down on "grifters" with large followings who earn their livings spreading hoax conspiracy theories, and laws need to be passed that are in-step with the new reality created by technology. He called InfoWars troll Alex Jones, who has a large YouTube and social media following, the "gateway drug" to conspiracy theories:

What these [hoaxers] do is not free speech. Free speech is saying, 'Sandy Hook is fake.' But if you stand outside someone's house and scream at them that their daughter who died is a crisis actor, that's harassment.

I personally think that crap should be taken down. If you don't believe it happened, fine. But you don't have to badger people, you don't have to provoke anger. I don't think Bigfoot is real, but I don't go and yell at people about it.