The pair have spent months stalking families of victims and their communities in a failed attempt to prove the November 2017 mass shooting in Texas was a "false flag." 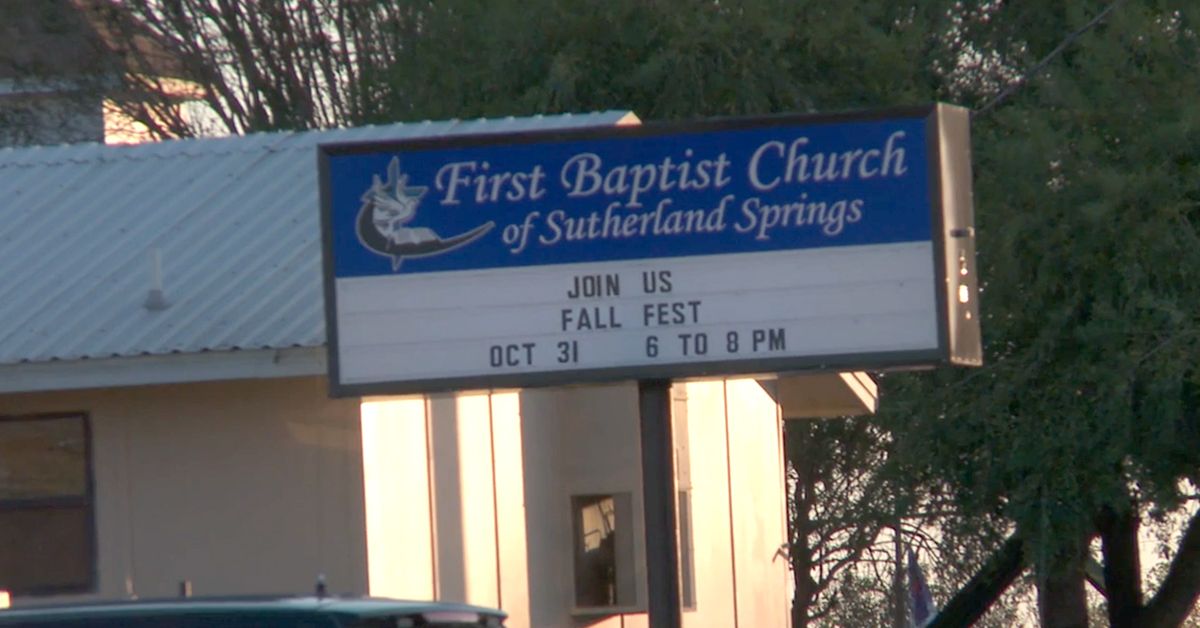 Two conspiracy theorists who have relentlessly harassed survivors and families of victims of the 5 November 2017 mass shooting at First Baptist Church in Sutherland Springs, Texas, have been arrested, according to Sherri Pomeroy, the wife of the church pastor.

Jodi Mann, 56, otherwise known as the "Conspiracy Granny," and Robert Ussery, 54, also known as "Side Thorn Journalist," were arrested after trespassing on the church property and taken into custody on 4 March 2018, according to the San Antonio Express-News, which broke the story.

We left a message for Ussery seeking comment but have not received a response.

Sherri Pomeroy told us that Ussery and Mann were apprehended when they went onto church property, painted on a memorial poster, and screamed obscenities at her husband, Pastor Frank Pomeroy. The pair, along with many other conspiracy theorists, believe that the Pomeroys' 14-year-old daughter Annabelle — who was among 26 people killed in the massacre — never existed, and that the incident was a "false flag" or crisis manufactured by the government for the purpose of seizing guns and power.

Sherri Pomeroy told us, "It's been ongoing, almost from the first day it happened. They call it a drill from Homeland Security and say that none of it happened."

Her husband told the Express-News that Ussery had threatened him and that he "... continually yelled and screamed and hollered and told me he was gonna hang me from a tree, and pee on me while I’m hanging."

Ussery and Mann have gone so far as to demand Annabelle's birth and death certificates from her parents and film themselves harassing the couple and their neighbors.

Ussery's web site contains a collection of videos where he films himself tormenting the community in a deranged quest to prove that the shooting never happened. In one disturbing YouTube post, he calls a woman whose sister and niece were killed in the shooting, and as she sobbingly tells him how much he has contributed to her family's suffering, Ussery says asks "So are those tears painted on, or, just like at the vigil? You knew these people personally? You saw their bodies? You have proof?" (After we contacted YouTube about the video, it was removed).

When the woman says she had to personally identify the bodies of her murdered sister and niece, Ussery says, "Now we know that you're lying, so. You're gonna be able to provide this in a courtroom, correct?" He goes on to taunt and laughs at her while she sobs and screams into the phone.

Calling the loved ones of mass shooting victims and tormenting them on video is not an uncommon truther tactic, said Ryan Graney, who has for years volunteered as a media representative for the family of Victoria Soto, a teacher who died shielding her students from yet another mass shooter at Sandy Hook Elementary in Newtown, Connecticut in 2012. Graney said:

They do it to be Internet famous within their little circle of hoaxers. On TV you'll see the families crying and grieving, and these hoaxers try and break into their real lives. It’s like a trophy for them to get a reaction out of these people. And it’s sick and it’s crazy.

Ussery and Mann aren't the first "truthers" to face criminal charges after taking their internet stalking into the real world. In 2017 a Florida woman was sentenced to prison time for threatening the father of a child killed in Newtown. That same year a New York man was arrested for making threatening phone calls to the Sandy Hook medical examiner.

Graney said Matthew Mills, who in 2016 received a suspended sentence for harassing Soto's family, had managed to slip into an annual race held every year to memorialize the teacher by purchasing a T-shirt, staying until the end of the event, then finally confronting Soto's sister Jillian and trying to evade police. Another "truther," she said, followed the family into a federal court, took notes, and snickered at the sight of tears.

Sherri Pomeroy said of Ussery's behavior, "We think he’s demonic or demented. One or the other."

The "false flag" and "crisis actor" tropes are recycled during and after every mass shooting and are held together with a web of inference, fearmongering, and speculation (without any supporting evidence whatsoever). They often result in years of ongoing and frightening harassment of mass shooting survivors and families who lost loved ones.