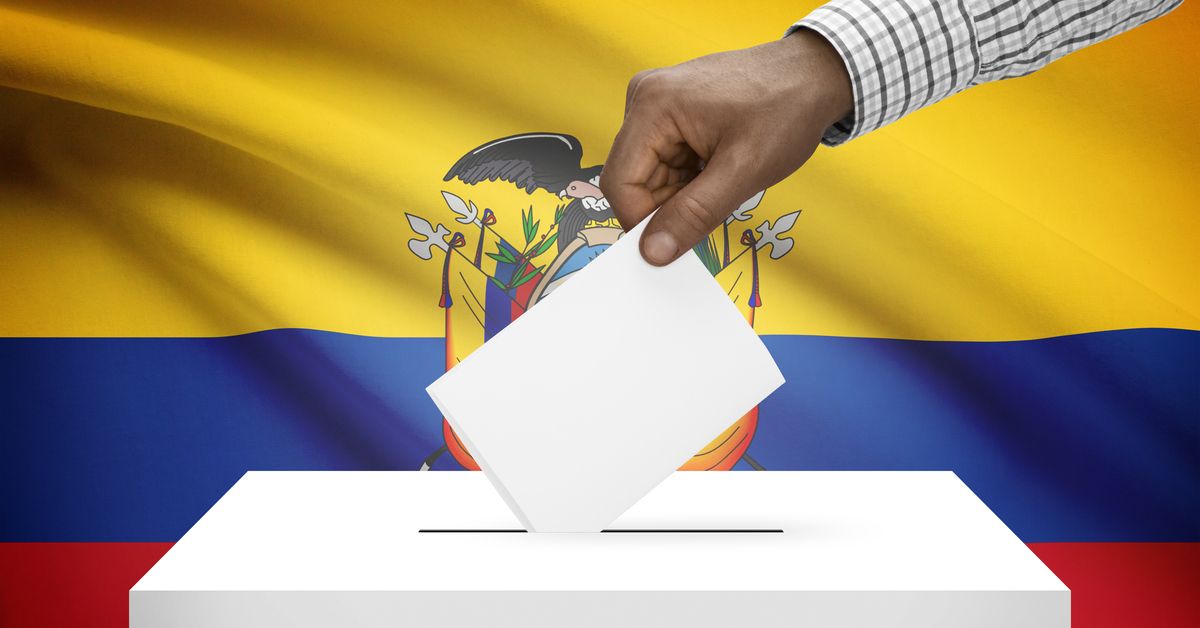 In a historic vote on 4 February 2018, Ecuadorians approved a government proposal to reinstate term limits in a strong rebuke to former president Rafael Correa, who was widely expected to seek the presidency again in 2021. Voting on seven different referendums, Ecuadorians also approved limiting oil exploration in Yasuní National Park, restricting mining, and lifting the statute of limitations for child molestation.

Before leaving office in 2016, Correa amended the Ecuadorian Constitution to do away with term limits while simultaneously professing to have no interest in another term in office. First elected in 2006, Correa served three terms and was beloved for his social programs and poverty reduction. However, around 2014 the immensely popular Correa began to fall in the public's esteem, as I wrote in 2015:

[M]any of Correa’s boosts to infrastructure, job creation programs, and social benefits relied on oil income. Now his overreach for power has combined with falling oil prices that have brought the Ecuadorian economy into recession. As challenges to Correa’s power have increased, the president has dug in his heels, restricted speech, and closed NGOs. The populace has responded with growing protest, which, in turn, has caused him to tighten his grip still further.

Protestors demanded the chance to vote on the 2015 changes to the constitution, but their requests were rebuffed, and two years later Correa's hand-picked successor, Lenin Moreno, won the presidency. In the midst of the campaign, Fundamedios, a media watchdog group that Correa once attempted to dissolve, began a fact-checking initiative called Ecuador Chequea (in English "Ecuador Check").

Ecuador Chequea editor Desirée Yépez told us that the site was founded in response to a flood of misinformation in the run-up to the 2017 election. She said false rumors were spread on social media through WhatsApp messages and on fake news web sites that sprang up and then disappeared just as quickly. The goal of most of these stories, according to Yépez, was to discredit Correa's (and thus Moreno's) opponents.

On the other hand, Sol Borja, the editor of GK (known as GkillCity until a few months ago), an independent news web site that also does fact checking, said that she saw fake news spread on both sides. In the wake of the 2017 election, when Moreno's victory over his main opponent, the center-right Guillermo Lasso, was contested, Borja said that multiple rumors were spread via WhatsApp. Many of those rumors alleged that the National Election Board (Consejo Nacional de Elecciones, or CNE), most of whose members belong to Correa's party, was tampering with votes. One piece of "evidence" of vote tampering was a photograph of a man in a CNE vest holding a ballot box next an elderly man in a car. It turned out, Borja says, that the CNE worker was acting in his role as part of a program that allows elderly people to vote from home.

No one knows who wrote these messages originally, says Borja, but politicians, including Lasso, definitely used them to their advantage.

During his presidency, Correa was widely believed to have an army of trolls on his payroll for the sole purpose of discrediting his opponents, which sometimes included private citizens — as in the case of a humorist who struck a nerve with an anti-Correa meme and subsequently found himself doxxed on social media. Yépez told us that reports later revealed Correa had actually hired business to run "troll centers" -- offices where paid social media users with fake accounts voiced support for Correa and attacked his detractors -- in Quito.

In the referendum vote, Borja said she saw a sharp decline in fake news stories and false information. She attributes that to the fact that although Correa and Moreno certainly campaigned against each other, the vote was not an election and thus generated less interest.

Yépez, on the other hand, sees it differently. She attributes the decline in fake news (and the Yes victory) to Correa's diminished influence. As a former president, he no longer has his "troll centers" working for him, nor does he have access to state-run media. "They're isolated now," said Yépez of Correa and his supporters in government.

Yépez also characterizes the fake news leading up to the vote as being more anti-Moreno than anti-Correa, though the Ecuador Chequea fake news page certainly shows examples of both. One fake news piece alleged that a prominent indigenous Correa-allied legislator had switched sides and was advocating for the "Yes" vote. Another held the Inter-American Court of Human Rights had declared the referendum vote illegal.

Yépez says no one knows if Moreno has similar paid trolls, though it is certainly rumored that he does, and those rumors may be a sign of how confidence in information has suffered since Correa's time in office. Borja says that Ecuadorians had long doubted the motives of newspaper heads, many of whom are businessmen and bankers; however, the idea that major newspapers were publishing outright lies came from Correa, who ripped up newspapers during his weekly televised addresses, broadened libel laws, and personally sued newspapers, journalists, and even a cartoonist.

And in the run-up to Sunday's referendum vote, Yépez says she observed several trends in fake news. One was "trying to prove supposed links between politicians and corruption scandals." Another, she said, was spreading rumors about epidemics. Yépez said that after an outbreak of H1N1 in the country, fake news articles appeared claiming that the government was hiding statistics about the number of people who had died (and thus the severity of the epidemic).

The purpose of that false information was to destroy confidence in the current government, says Yépez.

Borja has a slightly different perspective. She noted that the fake news she saw in the run-up to the referendum vote was odd in that it seemed to have almost nothing to do with Moreno and Correa. Much of it was intended to discredit politicians allied with one or the other, although in the confusion following Moreno's distancing himself from Correa, it was sometimes difficult to tell who was allied with whom.

Borja sees the goal of these stories as not to advance one referendum position or another, but simply to "create noise and confusion instead of a discussion ... It's about painting people as good or bad, not about the debate." She believes that much of it was created by private citizens, though she added "I don't know who has time to do this."