California Democrat Adam Schiff is the latest target of the disinformation campaign. 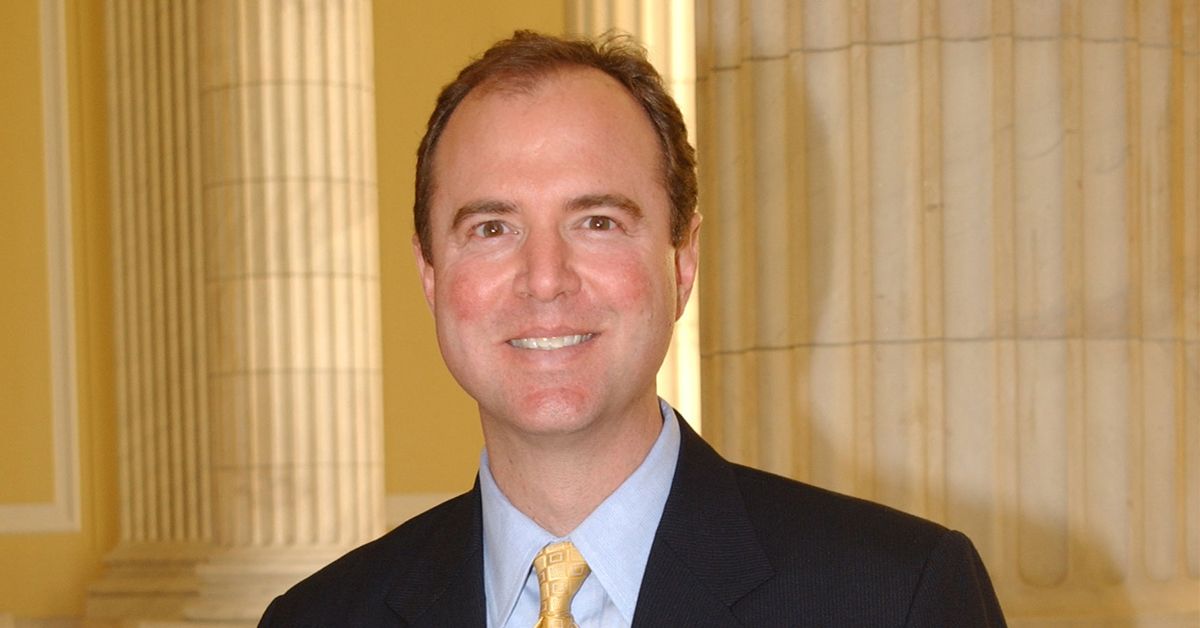 A network of Russian social media bots and trolls in February 2018 pounced on Rep. Adam Schiff (D-Calif.), the main author of a memo about Russian meddling in the 2016 U.S. presidential election that House Intelligence Committee members voted to declassify.

The 10-page document compiled by Democrats is a rebuttal to a separate, controversial memo authored by Republicans and released days earlier in what has become a partisan battle over an ongoing special-counsel-led investigation into Russian meddling and alleged collusion by Donald Trump's campaign. Schiff, who has become one of President Trump's most vocal critics in relation to the probe, traded barbs with Trump over Twitter:

Mr. President, I see you’ve had a busy morning of “Executive Time.” Instead of tweeting false smears, the American people would appreciate it if you turned off the TV and helped solve the funding crisis, protected Dreamers or...really anything else. https://t.co/lVqQRu2Gjl

Little Adam Schiff, who is desperate to run for higher office, is one of the biggest liars and leakers in Washington, right up there with Comey, Warner, Brennan and Clapper! Adam leaves closed committee hearings to illegally leak confidential information. Must be stopped!

Now Trump's critic is a target of Russian social media influence operations in the United States, which have not abated since the historic 8 November 2016 election. Hamilton68, a live dashboard created by the Alliance for Securing Democracy, a bipartisan, transatlantic initiative of The German Marshall Fund, monitors the Russian operation. Around the time of the vote on the second memo's release, Schiff's name was a top topic and the hashtag #littleadamschiff was popular among Russian bot accounts: As the Hamilton68 researchers have pointed out, the influence operation relies on various fake news sites and media personalities to push the desired narrative -- including what Hamilton68 calls "white," "gray," and "black" measures. "White measures" include overt propaganda outlets like RT, which don't hide their Kremlin backing. "Gray measures," on the other hand, have unclear funding and motivations. The sources of funding and motivations of "black measures" are deceptively hidden:

This “white” content provides ammunition for “gray” measures, which employ less overt outlets controlled by Russia, as well as so-called useful idiots that regurgitate Russian themes and “facts” without necessarily taking direction from Russia or collaborating in a fully informed manner.

A small army of social media operatives — a mix of Russian-controlled accounts, useful idiots, and innocent bystanders — are deployed to promote all of this material to unknowing audiences. Some of these are real people, others are bots, and some present themselves as innocent news aggregators, providing “breaking news alerts” to happenings worldwide or in specific cities. The latter group is a key tool for moving misinformation and disinformation from primarily Russian-influenced circles into the general social media population.

As of 6 February 2018, this network was in full swing, with Russian bots and trolls utilizing President Trump's derogatory nickname for the congressman with the hashtag #LittleAdamSchiff. Fake news and rumors circulated reporting Schiff's sister was married to the son of billionaire philanthropist (and frequent target of conspiracy theories) George Soros — despite the fact that Schiff does not have a sister. The false information wended its way from the message board 4chan to a corollary of disreputable web sites and social media posts.

Spot fires of other false rumors and questionable reporting popped up as well — for example, the conspiracy theory  site TheDuran.com claimed that Schiff had "colluded" with a Ukrainian oligarch, offering no other evidence than a 2013 fundraiser for Schiff held by Kazakhstan-born businessman Igor Pasternak, who has strong ties to Ukraine and who runs a small airships manufacturing company in Montebello, California. In 2017, Newsweek reported that Pasternak's company, Aeroscraft, had partnered with a state-run Ukrainian defense manufacturer to produce a variant of the M16 assault rifle for the Ukrainian armed forces.

On 6 February 2018 the British tabloid Daily Mail, along with right wing web sites including Breitbart and The Daily Caller regurgitated the original reporting of journalist Julia Ioffe in The Atlantic, part of which revealed Schiff had taken a phone call in April 2017 from two Russian "pranksters" impersonating a Ukrainian politician who led him to believe they had information about the Russia investigation. Ioffe's report includes a key detail the aggregators neglected — the "pranksters," Vladimir Kuznetsov and Alexey Stolyarov, may have Kremlin ties.

Some social media accounts denouncing Schiff linked to a screenshot of a purported 4chan post that read: "Blunt & Direct Time. Adam Schiff is a traitor to our country. Leaker. NAT SEC. EVIL. Tick Tock. Hope the $7.8mm was worth it. Enjoy the show. Q." The proof offered was vague enough for social media users to spread with their own interpretations:

This post links the $7.8 mm to Schiff4brains as part of a Ukrainian arms deal:https://t.co/EnEIGpcQsE
rather than the tissue sales.

Infamously, the decision by Republican lawmakers, including President Trump, to release the Republican memo authored by Rep. Devin Nunes (R-Calif.) was precipitated by a relentless social media campaign utilizing the hashtag #ReleaseTheMemo. The campaign was heavily promoted by the same proponents of disinformation now targeting Schiff.

Weisburd, Andrew, Watts, Clint, and Berger, J.M. "Trolling for Trump: How Russia Is Trying to Destroy Our Democracy."   War on the Rocks. 6 November 2016.