Lawmakers on House committees investigating Uranium One say Justice Department officials cast doubt on the credibility of a key whistleblower. 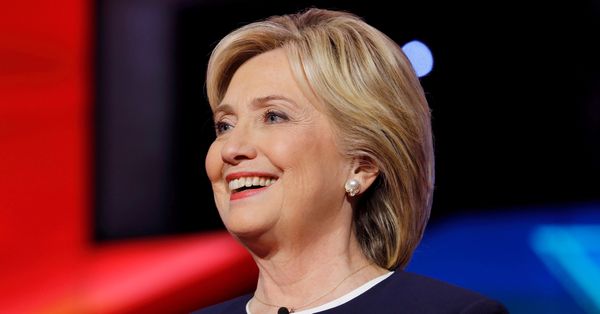 The ranking Democratic members of the House Intelligence and Oversight committees say Justice Department officials revealed during an unclassified briefing on their Uranium One investigation that a confidential informant's testimony yielded no allegations or evidence of impropriety on the part of former U.S. Secretary of State Hillary Clinton.

Clinton has faced partisan accusations of wrongdoing as a result of her department's role in approving the sale of the Canadian company Uranium One and its U.S. uranium mining rights to the Russian nuclear agency Rosatom in 2010. Top Republicans, including President Donald Trump, have insinuated that she signed off on a deal that gave Russia control over as much as 20 percent of American uranium holdings as a quid pro quo for donations to the Clinton Foundation. Chuck Grassley (R-Iowa), chairman of the Senate Judiciary Committee, even called for the appointment of a special counsel to investigate the Uranium One deal.

Not only has Clinton denied wrongdoing (she was not even personally involved in the approval process, as she has stated), no hard evidence has come to light demonstrating that improprieties occurred in the approval of the deal.

On 6 January 2018, House committee members Elijah E. Cummings and Adam Schiff addressed a letter to their GOP counterparts, Trey Gowdy and Devin Nunes, quoting DOJ officials as saying they had "serious credibility concerns" regarding the testimony of an informant heretofore touted as possessing "explosive" evidence on Clinton's involvement.

Moreover, those same Department of Justice officials said, "at no point did [the individual] provide any allegation of corruption, illegality, or impropriety on Clinton, the Clinton Foundation, President Clinton, the Uranium One deal, or CFIUS [Committee on Foreign Investment in the United States]."  Nor did they find evidence of illegality or impropriety on Clinton's part in any of the documents reviewed by the DOJ.

The informant has been identified as William Douglas Campbell, a lobbyist who acted as a confidential source in the FBI's investigation of a bribery and kickback scheme involving Vadim Mikerin, the former head of the U.S. division of Rosatom, prior to the approval of the Uranium One deal in 2010. Through his lawyer, Campbell has expressed concerns about the fact that the Uranium One deal was approved despite his informing the agency how corrupt Rosatom was.

But DOJ officials had their own concerns regarding Campbell's reliability, summarized as follows in Cummings and Schiff's letter:

Cummings and Schiff say Republican committee leaders have denied Democrats access to the informant for months, all the while issuing statements about how important his testimony will be. The Democrats' letter opens with a request for a transcript of an interview the Republicans say they have scheduled with Campbell some time this week.

The Justice Department has neither confirmed nor denied the statements attributed to DOJ officials in the letter. Our request to the department for comment has thus far gone unanswered.