Injuries and at least one fatality are reported, but no passengers on the West Virginia-bound train were severely hurt. 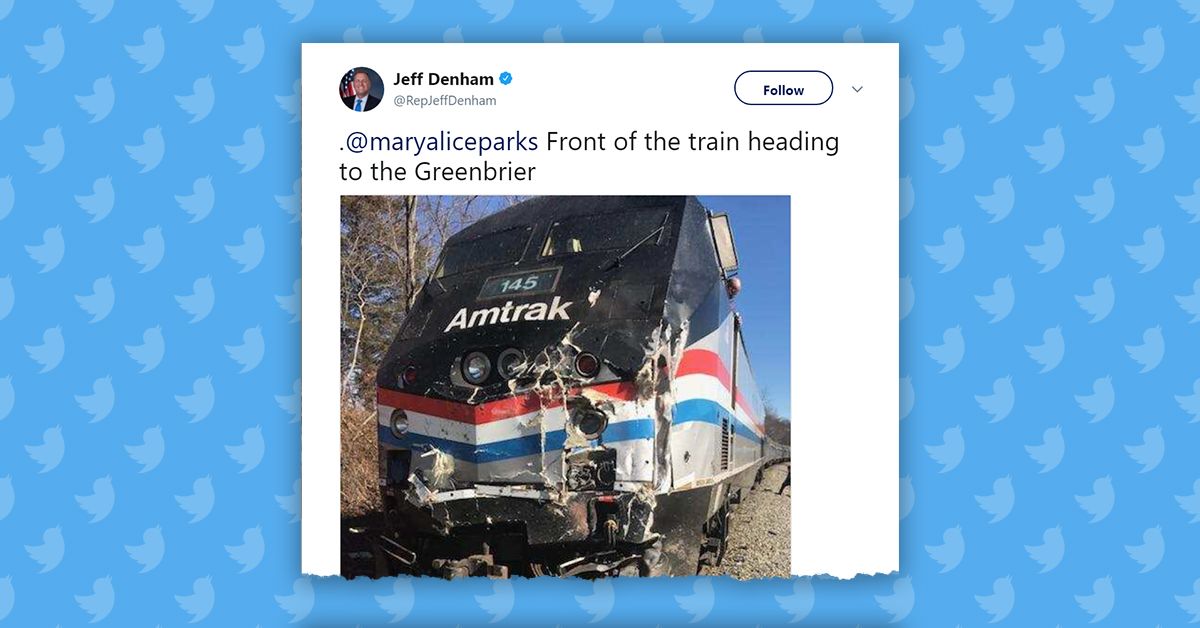 A House and Senate Republican trip from Washington, D.C., to a West Virginia retreat ended in tragedy on 31 January 2018, when the train carrying lawmakers to a retreat collided with a garbage truck, killing at least one person in the vehicle and badly injuring another. Only minor injuries were reported among the legislators.

The train collided with the truck near Crozet, Virginia:

Rep. Roger Marshall (R-Kansas) is among the doctors who reportedly tried to help the victims:

We are on our way to our annual GOP retreat, the train carrying members and spouses hit something. Laina and I are ok, I am helping those that are injured, I will have Laina keep you updated as I know more,” Rep. Roger Marshall, R-Kan., said on Twitter.

Marshall and Reps. Larry Buschon and Brad Wenstrup, all medical doctors, were seen caring for people injured in the accident, the source on the train said. Other members and family on the train were seen praying.

The Amtrak train was a special charter bound for The Greenbrier Resort in West Virginia, which is owned by the state's governor, Jim Justice:

Praying for all those involved in a terrible train/truck accident outside Charlottesville, VA this morning. Our condolences go out to the victims and their families.#wvgov

There's no word yet on what caused the incident.