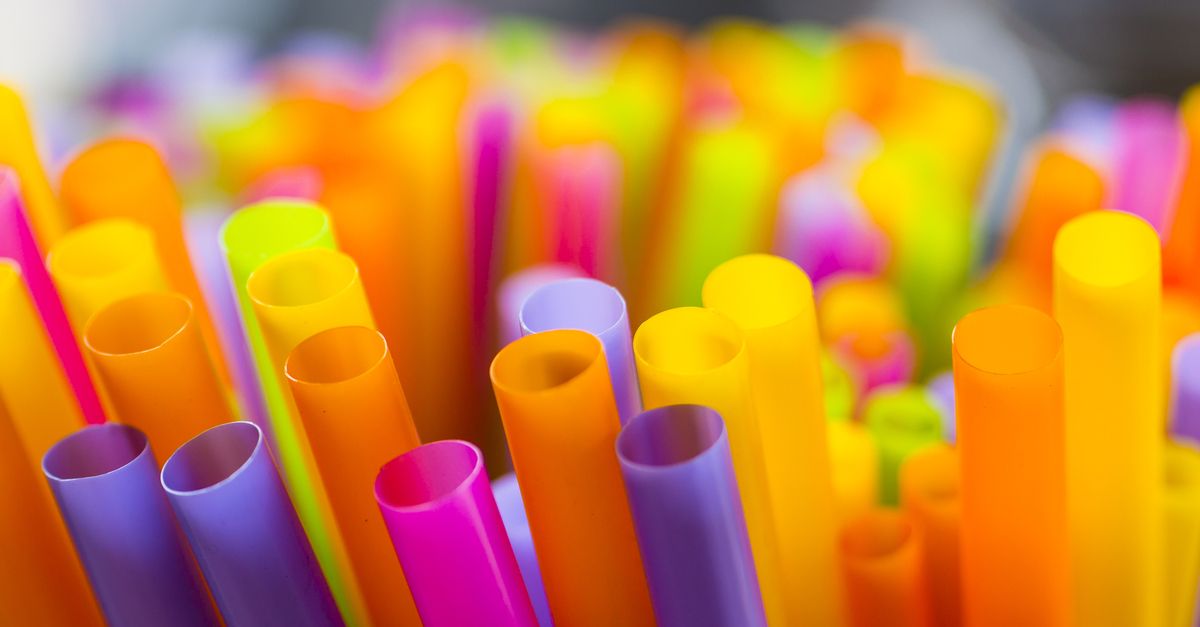 A bill introduced in the California Assembly prohibiting restaurants from providing plastic straws to customers who don't ask for them is intended to raise awareness about the harmful effects of plastic on the environment, not put waiters and bartenders in jail, its author says.

I’d like to clarify that #AB1884 (Straws Upon Request) is (a) NOT a ban; (b) should it become law, it will NOT make it a crime for servers to provide plastic straws. My intention is simply to raise awareness about the detrimental effects of plastic straws on our environment.

But as those same critics pointed out, AB-1884 inserts new language into the Retail Food section of the California Health and Safety Code, violations of which are misdemeanors "punishable by a fine of not less than $25 or more than $1,000, or by imprisonment in the county jail for a term not exceeding 6 months, or by both."

"We aren't criminalizing anything," Calderon responded in a subsequent series of tweets. "Penalties are based on the code section the bill is currently in, which it will be amended out of."

Calderon outlined the thinking behind the proposal in an 18 January press release:

“We need to create awareness around the issue of one-time use plastic straws and its detrimental effects on our landfills, waterways, and oceans,” stated Majority Leader Calderon. “AB-1884 is not ban on plastic straws. It is a small step towards curbing our reliance on these convenience products, which will hopefully contribute to a change in consumer attitudes and usage.”

Plastic is a material that lasts forever, yet 33 percent of all plastics are used just once and thrown away. Only percent of all plastics are recycled, but due to their small size and lack of a resin code, no straws are ever recycled. After their one-time use, non-biodegradable plastic straws often end up in our oceans and waterways where they break down into smaller, micro-size pieces that are discarded into our environment. They are oftentimes mistaken as food by marine life.

A grassroots movement to curtail or ban the use of plastic straws has been picking up steam all around California. The cities of Davis and San Luis Obispo passed straw restrictions in 2017. Encinatas and Berkeley are considering similar measures, and more than 100 restaurants in San Diego have signed onto a voluntary program to reduce plastic straw wastage in that city. Similar efforts are afoot in other parts of the country.

While no one, presumably, is in favor of choking the oceans and landfills with plastic waste, some have questioned one of the central assertions put forward to justify restrictions on straw usage, namely that a half-a-billion single-use plastic straws are thrown away in the United States every day (which amounts to 180 billion straws per year, an exceedingly large number). The figure is even cited in Calderon's press release, which stated:

An estimated 500 million straws are used in the United States every day. This number is enough to fill over 127 school buses each day and is calculated to be about 1.6 straws per person in the U.S.  In a summary of all trash collected as part of California’s Coastal Cleanup Day between 1989 and 2014, straws and stirrers rank as the 6th most common item collected.

The statistic is often attributed to the U.S. National Park Service (which did reference it in a 2013 environmental call for action), but the 500 million figure ultimately rests on the word of 16-year-old Milo Cress, who launched a campaign in 2011 (at the age of nine) called Be Straw Free. Cress told Reason magazine that he arrived at the estimate, which he said has been privately endorsed by the National Restaurant Association, by conducting a phone survey of straw manufacturers in 2011. No one has proven that figure wrong, mind you; it's just that Cress is its only source and no one has confirmed his research independently.

That's a mere academic quibble, proponents of reducing plastic straw usage could well argue, given that an estimated 8 million metric tons of plastic garbage ends up in the world's oceans every year (and that's according to a peer-reviewed study). Waste is waste. Efforts to curb it have to start somewhere.

Fears, Darryl.  "A Campaign to Eliminate Plastic Straws Is Sucking in Thousands of Converts."   The Washington Post.  24 June 2017.