The Holy Father compared those who create and spread misinformation to the "crafty" serpent in the Biblical Garden of Eden. 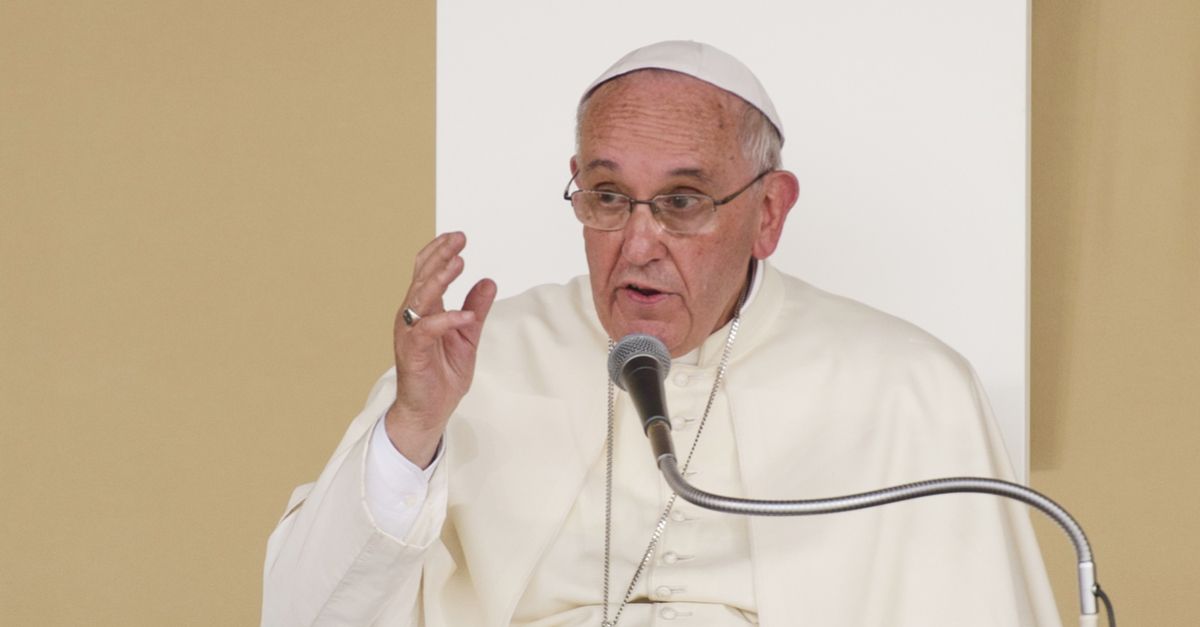 Pope Francis has warned followers "there is no such thing as harmless disinformation" in a significant new message about the dangers of "fake news."

"None of us can feel exempted from the duty of countering these falsehoods," Francis wrote on 24 January 2018, in a special address for World Communications Day.

The effectiveness of fake news is primarily due to its ability to mimic real news, to seem plausible. ...This false but believable news is “captious”, inasmuch as it grasps people’s attention by appealing to stereotypes and common social prejudices, and exploiting instantaneous emotions like anxiety, contempt, anger and frustration.

The Holy Father also appeared to approve of political efforts to counter the dissemination of misinformation, saying "praiseworthy too are those institutional and legal initiatives aimed at developing regulations for curbing the phenomenon."

The European Commission has set up a high-profile expert working group in order to devise a European Union strategy to tackle the spread of fake news, and there have been proposals for regulatory crackdowns in France, Germany, Italy and the U.K.

Pope Francis reserved perhaps his toughest criticism for those who create and distribute deliberately-fabricated pseudo-news, condemning what he called their "snake-tactics," and comparing them to the serpent in the Biblical Garden of Eden, who tricked Eve by assuring her that—contrary to God's word—she would not die if she ate from the tree of the knowledge of good and evil.

We need to unmask what could be called the "snake-tactics" used by those who disguise themselves in order to strike at any time and place. This was the strategy employed by the "crafty serpent" in the Book of Genesis, who, at the dawn of humanity, created the first fake news (cf. Gen 3:1-15), which began the tragic history of human sin.

Francis also had some stern words for the news media, calling journalists "the protectors of news" and saying they bore a "weighty responsibility" to uphold truth and accuracy in their work.

In today’s world, theirs is, in every sense, not just a job; it is a mission. Amid feeding frenzies and the mad rush for a scoop, they must remember that the heart of information is not the speed with which it is reported or its audience impact, but persons. Informing others means forming others; it means being in touch with people’s lives. That is why ensuring the accuracy of sources and protecting communication are real means of promoting goodness, generating trust, and opening the way to communion and peace.

Journalism, the Pontiff added, should be "created by people, for people," and should turn away from "falsehoods, rhetorical slogans, and sensational headlines."

A journalism less concentrated on breaking news than on exploring the underlying causes of conflicts, in order to promote deeper understanding and contribute to their resolution by setting in place virtuous processes. A journalism committed to pointing out alternatives to the escalation of shouting matches and verbal violence.

Pope Francis has himself been the subject of several fake news stories and hoaxes in recent years, including false reports that he had endorsed Donald Trump, Hillary Clinton and Bernie Sanders during the 2016 presidential election.