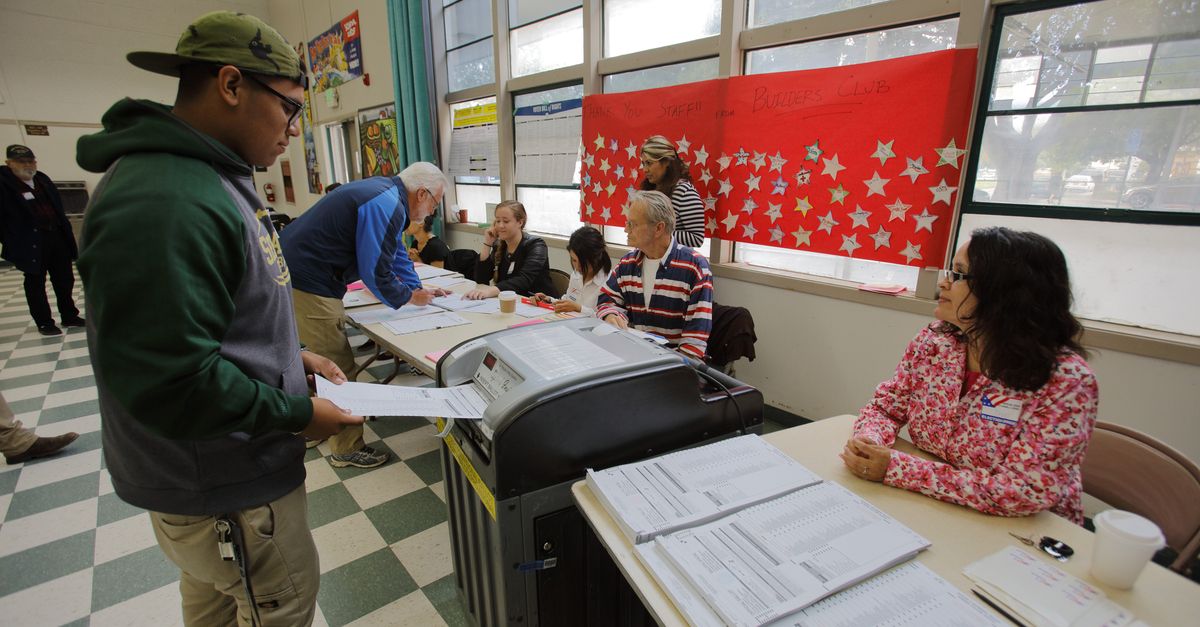 A federal judge allowed 35 years of special oversight of the Republican National Committee to end on 9 January 2018, monitoring that began after accusations of voter suppression against the party in Latino and black voting precincts during a 1981 election. The broad-sweeping consent decree had placed the RNC under decades of scrutiny for aggressive policing of polls and deleting voters from the rolls based.

Democrats had argued to preserve the consent decree before its expiration but District Court Judge John Michael Vazquez of New Jersey allowed the 1982 settlement (also known as a "consent decree") signed by the Republican National Committee (RNC) and the Democratic National Committee (DNC) to expire on 9 January 2018. The agreement stated that a federal court would have to review any ballot security efforts by both the RNC and the New Jersey Republican State Committee.

We are gratified that the judge recognized our full compliance with the consent decree and rejected the DNC's baseless claims. Today's ruling will allow the RNC to work more closely with state parties and campaigns to do what we do best, ensure that more people vote through our unmatched field program.

However, several voter advocacy groups reacted to the decision with concern. Jeanette Senecal, Senior Director of Elections for the League of Women Voters, said in a statement:

This decision could open the floodgates for discriminatory, predatory challenges of eligible voters at their polling places and wreak havoc on our Election Day poll workers' ability to do their job. Voter intimidation has no place in our democracy, but is exactly what may flourish in the wake of yesterday's decision of the District Court of New Jersey.

The agreement was the outcome of a civil suit filed by the DNC following the results of the 1981 New Jersey gubernatorial election, in which GOP candidate Thomas H. Kean beat the Democratic candidate, James J. Florio, by 1,797 votes.

At the time, the DNC accused Republicans of engaging in voter suppression leading up to the election through the use of what it called the "National Ballot Security Task Force" that targeted voting precincts with high Latino and black populations. The RNC sent sample ballots to voters in those precincts; when thousands of the ballots were marked as "undeliverable," the group asked that those voters be stricken from the state rolls. The Brennan Center for Justice at New York University called the practice an example of "voter caging."

During that election, the RNC also hired off-duty law enforcement officers and assigned them to polling places in the districts where the sample ballots were sent. According to multiple reports, some of the officers were armed while being stationed. The officers also wore armbands identifying them as "task force" members.

The decree, which applied nationwide, stated that the RNC would not engage in:

The agreement was modified in 1987 to require that the RNC seek court approval from for any efforts concerning "ballot integrity, ballot security or other efforts to prevent or remedy vote fraud." The court also determined in 1990 and 2004 that the RNC had violated the decree in separate instances of mailers targeting African-American voters.

The decree came into play once more in October 2016 when the DNC accused the RNC of, among other things, "supporting and enabling the efforts" of then-presidential nominee Donald Trump to intimidate voters.

As proof, the DNC cited a statement by his running mate, then Indiana Gov. Mike Pence, that the campaign and the RNC were working "very closely" regarding ballot security; the RNC later said in a document to the court that Pence misspoke. Democrats also argued that a comment from Michigan Republican Party chair Ronna Romney McDaniel concerning a "“massive statewide anti-voter fraud effort" constituted a violation of the decree.

Trump said during his campaign that he anticipated that the election would be "rigged." His campaign subsequently promoted a web site recruiting "election observers."

Since the election, other conservatives have claimed, without evidence, that "three million" non-citizens voted. Trump himself reportedly "maintained that belief" after being elected.

He also created a commission designed to investigate alleged voter fraud. But several states bucked against the commission's call for voter data. Trump dissolved the commission on 3 January 2018.

The DNC asked Vasquez to extend the consent decree through 2025 and to bar the RNC from collaborating with what it called "Donald Trump’s efforts at ballot-box vigilantism and voter intimidation." In his 8 January 2018 ruling, Vasquez found that the DNC had not provided "a preponderance of evidence" that Republicans had violated the decree.

If the Court enjoined the RNC from engaging in poll watching activities involving voter fraud, the RNC would merely be prohibited from doing what the Consent Decree already forbids. No additional harm, except perhaps reputational, would come to the RNC. And the public interest certainly favors the enforcement of consent decrees and the prevention of potential voter suppression.

We are reviewing our options in this case. But let me be clear, the DNC will continue to fight Republican voter suppression tactics across the country.

Republican lawmakers in several U.S. states have faced criticism for supporting measures like voter ID laws and voter roll purges, which detractors say disproportionately target elderly and non-white voters. Having control of a number of state election boards and state legislatures, said LatinoJustice president and general counsel Juan Cartagena, had allowed them to "change the rules of the game":

It's not the one-on-one, fact-intensive [question], "Does Juan Cartagena really live on 125 Main Street" when he shows up. It's, "I'm gonna force Juan Cartagena to give me four pieces of ID before he can even try to vote." It's less labor-intensive.

Cartagena concurred with Vasquez's assessment that instances of voters being challenged or harassed in New Jersey during the 2016 election were rare. But the National Association for the Advancement of Colored Peoples' (NAACP) New Jersey State Conference told us in its own statement that it would not "sit idly by" and allow anyone to discourage the black electorate after Vasquez's decision:

It's hard to believe that in this day and age, the right to vote is once again under assault from those who would prefer to keep minorities, the poor and the elderly away from the polls. But here we are.

Both LatinoJustice and the League of United Latin American Citizens (LULAC) said they would monitor the events to come following the judge's decision; LULAC executive director Brent A. Wilkes told us that his group anticipated that the settlement would be allowed to expire, adding:

If we find evidence of voter intimidation there is a legal team standing by to take action that day to correct the matter and to document the practices in order to initiate further legal action if necessary.