Did a University of California Student Sue Her School for Failing to Stop Her From Protesting Trump?

A California woman sued UC San Diego, among others, for failing to control anti-Trump protests. 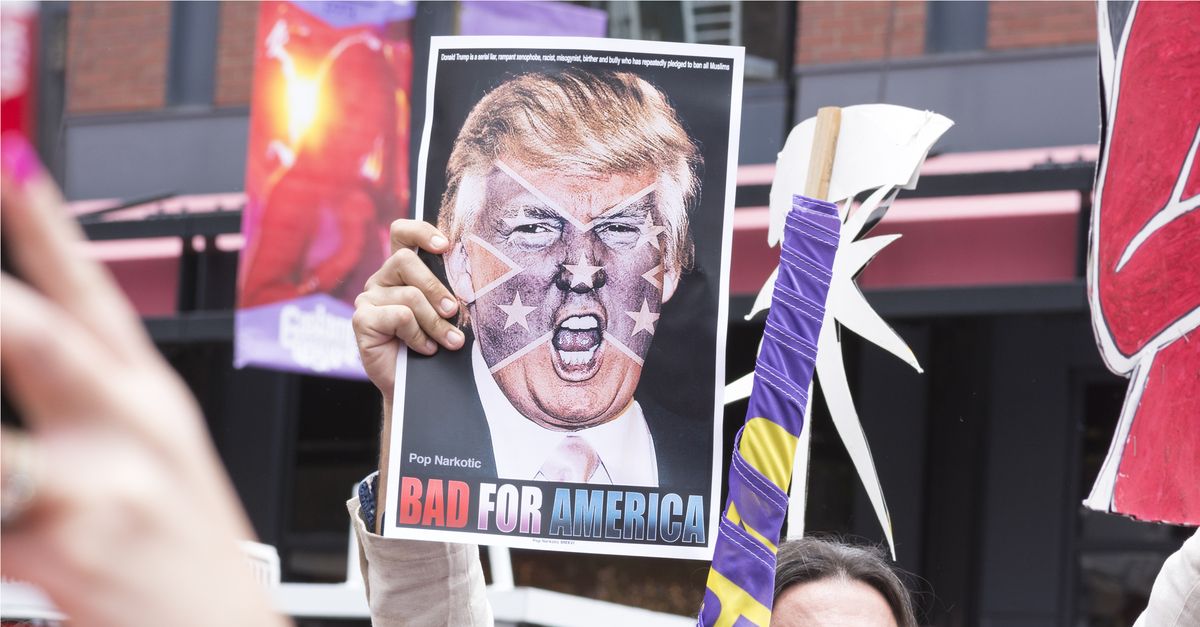 On 7 January 2018, the conservative DailyWire.com published a story reporting that University of California, San Diego student Maria Ana Flores was suing the school for failing to stop her from joining a 9 November 2016 protest against the election of President Donald Trump, which resulted in her walking onto the I-5 freeway with other demonstrators and getting struck by a car.

Flores was one of thousands of people from various cities that spontaneously took to the streets in the hours after the 8 November 2016 presidential election, in which President Trump scooped up a surprise victory by winning the majority of electoral college votes (but losing the popular vote.) Flores filed the lawsuit in San Diego Superior Court on 8 November 2017. Inexplicably, multiple right-wing web sites reported aggregated versions of the story two months later, in January 2018.

Flores's lawsuit doesn't accuse UCSD of failing to stop her from protesting President Trump's election; it alleges that the university sponsored the demonstration — then allowed it, along with other public entities, to spin out of control. Despite that, DailyWire.com reported:

A University of California, San Diego student, Maria Ana Carrola Flores, is suing the school for failing to stop her from protesting President Donald Trump, a decision she says led to her being hit by a car on California's I-5 freeway.

Flores was one of a number of students, the College Fix reported, who spent the day after election day in 2016, wandering around campus shouting anti-Trump slogans. At some point the "Library Walk" event became a larger protest and the group of students stormed a freeway on-ramp in an attempt to block traffic to make a statement against the president.

Flores, a 19-year-old Compton resident, was hit while in the southbound lanes of the I-5 Freeway at about 1:40 in the morning, resulting in multiple fractured bones.

According to court documents, Flores is also suing John House, the driver of the car that hit her, along with the city and the county of San Diego, alleging (among other things) negligence. Although her attorney told the UC San Diego campus newspaper The Guardian that Flores was partially to blame for her serious injuries, other parties are liable as well:

Sullivan explained that there are a number of people culpable for the accident, including Flores herself, but because the university is partially responsible, it is also partially responsible for the harms and damages. Under the doctrine of tort law known as “comparative responsibility,” the jury will determine what percentages of responsibility the university and other defendants comprise for the incident and assign damages accordingly.

The DailyWire.com headline ("Injured UC San Diego Student SUES SCHOOL For Failing To Stop Her From Protesting Trump") was apparently sensationalized to generate outrage clicks from fans eager to see "snowflake" college students blame others for their folly and injury, but Flores's lawsuit is far more nuanced than that, accusing UC San Diego of failing to contain the protest in a manner that would prevent injury and disability, and failing to warn protesters that there were insufficient safety measures in place. According to court documents:

The lawsuit alleges that when protesters got on the freeway in the early morning hours after the election, an emergency vehicle began using an "S" maneuver to shut down traffic, but House drove his car around the vehicle. That was when he hit Flores, who suffered severe injuries. (House was not detained because he stopped after hitting Flores, and he was not driving under the influence.)

Flores is seeking damages for, among other things, medical expenses, lost wages, and property damage. We were unable to reach her attorney for comment.