Braggadocio aside, the President of the United States can't literally launch a nuclear strike with the push of a button — and we hope North Korea's leader can't either. 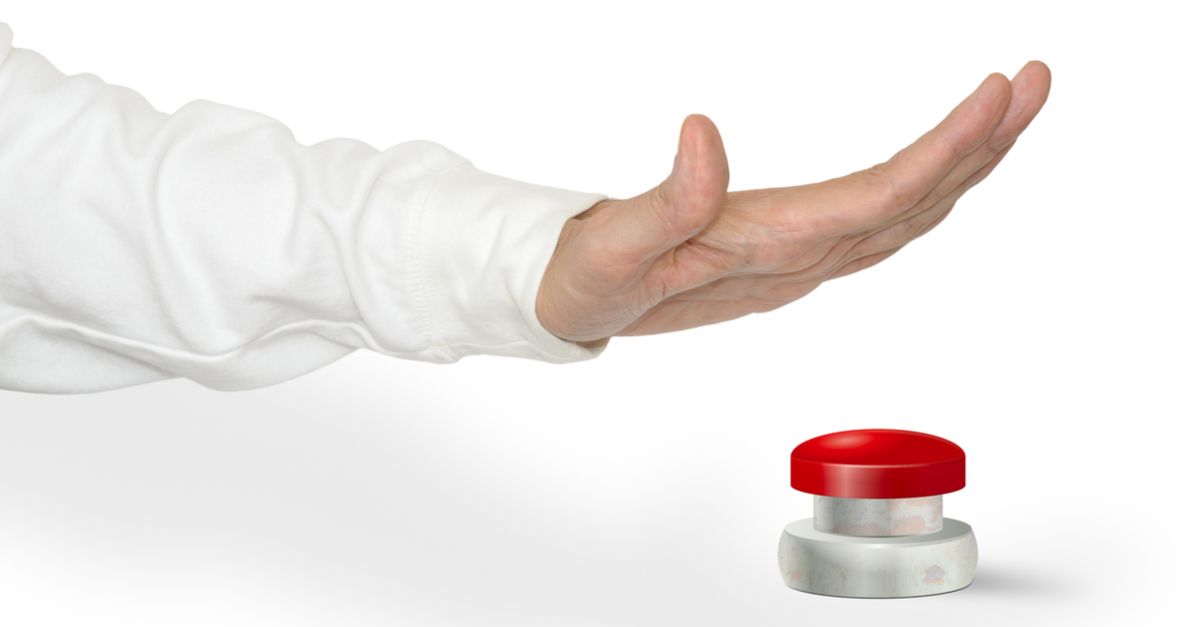 In a speech on 1 January, Kim cited his country's recent weapons tests as proof that North Korea possesses a reliable and "irreversible" nuclear deterrent:

The United States can never fight a war against me and our state. It should properly know that the whole territory of the U.S. is within the range of our nuclear strike and a nuclear button is always on the desk of my office and this is just a reality, not a threat.

To which Trump responded via Twitter that his nuclear button is bigger than Kim's:

North Korean Leader Kim Jong Un just stated that the “Nuclear Button is on his desk at all times.” Will someone from his depleted and food starved regime please inform him that I too have a Nuclear Button, but it is a much bigger & more powerful one than his, and my Button works!

While the image of two world leaders sitting askance with stubby fingers poised to press their respective nuclear launch buttons gives us pause, it also makes us wonder: Do those buttons literally exist? Can Donald Trump and Kim Jong-un simply reach across their desks and bring on Armageddon?

This question struck us as important enough to pose to one of the foremost experts on U.S. nuclear protocol, Garrett M. Graff, author of Raven Rock: The Story of the U.S. Government’s Secret Plan to Save Itself — While the Rest of Us Die.

"There's no button," Graff told us via e-mail. "The only red button on the president's desk is actually one that summons the White House steward with a Coca-Cola (really)."

We asked him what it takes, then, to actually launch a nuclear strike.

"It's actually a chain of telephone calls that would unfold from the President to the Pentagon to the launch commanders," Graff said. But first, he told us, Trump would need to review his options:

The President would summon the military aide with the "nuclear football," the black briefcase of war plans, and choose from the binders and pre-staged war plans which type of nuclear strike he'd like to order against which adversary. One former military aide called the war plans a "Denny's Menu," because it's built to be visual and easy to use under pressure.

Like Trump's nuclear button, the so-called "nuclear football" that always accompanies the president has been the subject of some fundamental misconceptions since it first came into use during the Cold War. It does not, contrary to the way it has sometimes been depicted in spy novels and movie thrillers, house any sort of electronic device or mechanism for launching nuclear weapons. Rather, it contains the codes and information necessary for the president to communicate with the National Military Command Center in the Pentagon so that the United States' response to a nuclear threat can be initiated.

That it requires more effort (on the president's part, anyway) than simply pressing a button ought not to give us extra comfort, however. According to Graff, the nuclear launch process is streamlined to the point that it could take bare minutes to complete. So we asked him if the decision is the president's and the president's alone:

Effectively, yes, the commander-in-chief has final and unchallenged nuclear launch authority. There is no second voice in the system, although military commanders are duty-bound to resist what they see as "illegal" orders under international law, there's a lot of gray area in that. And anyone who refuses to obey an authentic launch order could be removed and replaced.

Circumstances would dictate how many other (and possibly cooler) heads would participate in the decision to go through with a nuclear strike, Graff says:

It would depend heavily on the situation on the ground — where the President was, who was around him, what the incoming threat might be — but the system is built to be quite fast. The first missiles are meant to leave their silos roughly four minutes after a presidential launch order. And while the exact system is classified, it doesn't necessarily have to include anyone else like the White House Chief of Staff, the National Security Adviser, or the Defense Secretary.

It's unknown whether Kim Jong-un really has a nuclear button on his desk as he claims ("We unfortunately know very little about the nuclear command authority of other countries," Graff told us), but we find ourselves hoping not only that he does not, but also that both leaders, despite their mine-is-bigger-than-yours locker room banter, will continue to keep their rockets tucked safely away in their silos — where they belong.

Denyer, Simon.  "North Korean Leader Says He Has 'Nuclear Button' But Wont Use it Unless Threatened."   The Washington Post.  1 January 2018.