Trump Fires All Remaining Members of Advisory Council on HIV/AIDS

The controversial move followed the highly publicized resignation of six members in August 2017 and has been described as unusual. 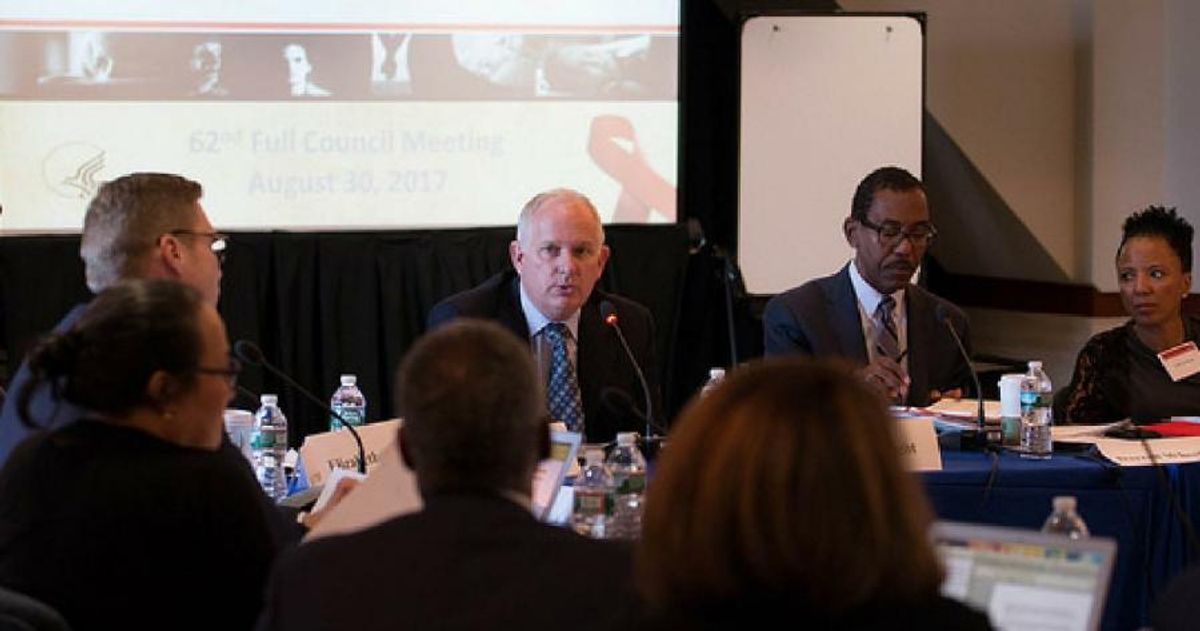 In the final week of December 2017, President Trump fired the remaining ten council members of the Presidential Advisory Council on HIV/AIDS (PACHA). Members of this committee, founded in 1995, serve as volunteers and advise the President on the National HIV/AIDS Strategy.

In a statement on the matter, Kaye Hayes, the current executive director of the Council (a staff position unaffected by the removal of its appointees), argued that the move was part of a routine between-administration shake-up, and that dismissed members were welcome to apply to be on the newly formed council:

Changing the makeup of federal advisory committee members is a common occurrence during administration changes. The Obama administration dismissed the George W. Bush administration appointees to PACHA in order to bring in new voices. All PACHA members are eligible to apply to serve on the new council that will be convened in 2018.

In interviews with the Washington Post, however, previous council members stated that past appointees were able to complete their entire terms, an opportunity not afforded to those let go this week. Patrick Sullivan, an Emory epidemiologist appointed to a four-year term in May 2016, argued that continuity of personnel was an important aspect of the council, providing both stability and fresh ideas: "It is important to have a rolling, transitioning body that crosses administrations that really has a set of diverse outlooks on the epidemic."

Gabriel Maldonado, an Obama appointee whose term would have ended in 2018, was among those let go this week. In an interview with the Washington Blade, Maldonado argued that although turnover between administrations is not uncommon, the recent terminations were abnormal for two reasons: These terminations came nearly a full year into the new administration, and many Obama appointees had been only recently re-sworn in under President Trump at the end of their Obama-appointed terms when Trump extended PACHA through executive order in September 2017: "It is common for appointees to be terminated and for folks to kind of want their own people in. I think where the discrepancy comes in is why a year later, No. 1? Two, many of us, our terms were over earlier this year and we were sworn back in, and three were stayed on nearly four months after an executive order was signed continuing the council."

The move to terminate all current members of PACHA followed the June 2017 resignation of six council members. Former member Scott Schoettes argued in an editorial published in Newsweek (“Trump Doesn’t Care About HIV. We’re Outta Here”) and signed by five other former PACHA members that "The Trump Administration has no strategy to address the on-going HIV/AIDS epidemic, seeks zero input from experts to formulate HIV policy, and — most concerning — pushes legislation that will harm people living with HIV and halt or reverse important gains made in the fight against this disease ... Because we do not believe the Trump Administration is listening to — or cares — about the communities we serve as members of PACHA, we have decided it is time to step down."

Speaking to the Washington Post following the December removal of the remaining PACHA members, Schoettes alleged that loyalty to the president, not credentials, will likely be the driving factor in approving new nominations to the council, saying: "The only criteria for serving this president is loyalty. From the [Centers for Disease Control and Prevention] to this body, to the FBI, there is a real problem this president has with dialogue or dissent."

The deadline for nominating new members to the council is 2 January 2018.