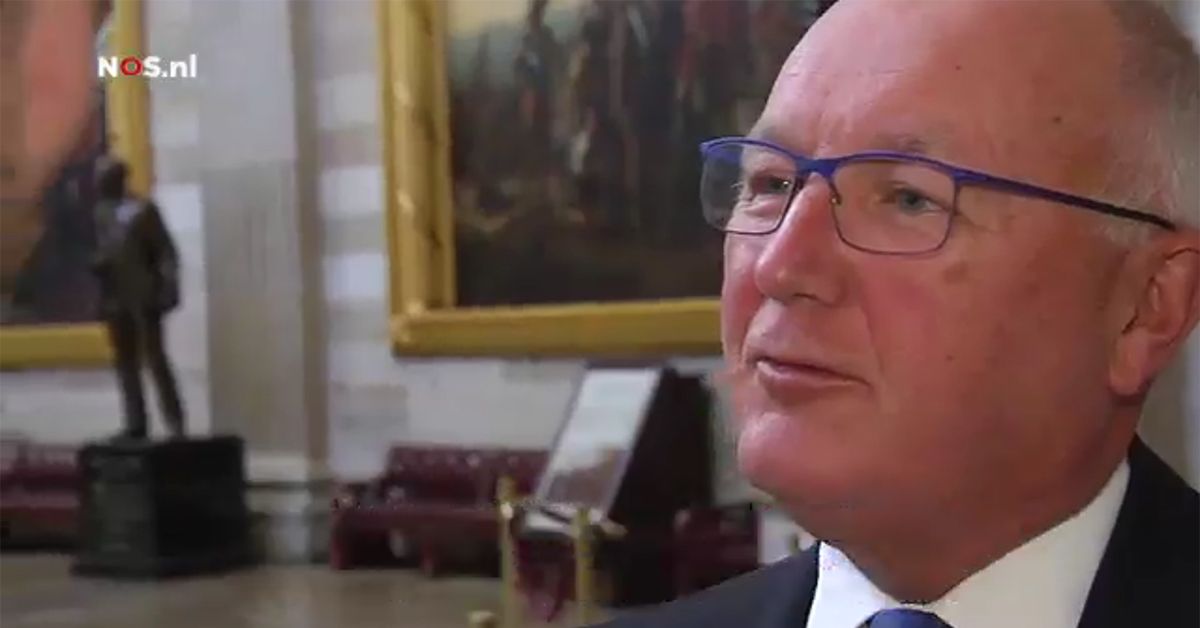 On 22 December 2017, the United States' ambassador to the Netherlands was caught in a falsehood while propagating several anti-Islamic conspiracy theories during an English language interview with a Dutch reporter.

Pete Hoekstra, who is a former house representative (R-Michigan), made the following remarks to the Dutch news show Nieuwsuur:

Footage from the program shows reporter Wouter Zwart asking Hoekstra about places in the Netherlands that even the police will not set foot because they are "too dangerous":

Hoekstra, who was born in the Netherlands and emigrated to the United States as a child, responds:

I didn't say that. That is actually an incorrect statement. We would call it fake news. I never said that.

Zwart then shows Hoekstra footage of his remarks at a November 2015 panel, "Muslim Migration into Europe: Eurabia come True?" hosted by the David Horowitz Freedom Center, in which Hoekstra said:

After playing the clip, Zwart tells Hoekstra, "You called it 'fake news.'" The former congressman replies:

I didn't call that fake news. I didn't use those words today. I don't think I did.

In this shorter video, the replay can be watched at the :18 second mark.

Dutch Prime Minister Mark Rutte refused to comment about the video — which was widely distributed online — to Nieuwsuur.

Hoekstra was confirmed to his ambassadorship on 9 November 2017, and is slated to begin his service in January 2018. Prior to being named to the ambassadorial position, Hoekstra, who was in office between 1993 and 2011, was reportedly a frequent guest on a podcast hosted by anti-Muslim activist Frank Gaffney.

Despite the insistence of figures like Gaffney, the idea that there are "no-go zones" in Europe where authorities fear to go because of the encroachment of "Sharia law" has been roundly debunked. Ibrahim Hooper, the director of communications for the Muslim advocacy group the Council on American-Islamic Relations (CAIR), told us that Hoekstra's remarks were representative of the kind of anti-Muslim conspiracy theories prevalent in right-wing circles:

Unfortunately in this case it's coming from an ambassador of the United States to a foreign nation. It's really tragic when it reaches that level - when conspiracy theories are accepted and promoted at such a high level and not just on some hate site on the Internet.

The Southern Poverty Law Center called Horowitz "a driving force of the anti-Muslim, anti-immigrant and anti-black movements" and said of his organization:

Since its beginning, though, the Freedom Center has become the premier financier of anti-Muslim voices and radical ideologies, as well as acting as an exporter of misinformation that seeks to increase popular appeal for Horowitz’s fears and phobias.

Hoekstra, a former chairman of the House Intelligence Committee, has not publicly responded to the issue. He describes himself on his Twitter account as a "frequent writer and commentator on intelligence issues and the threat from radical Islam."

A U.S. State Department spokesperson told us that the department had no comment. We also contacted the U.S. embassy in the Netherlands seeking comment.

Nieuwsuur. "Rutte is looking forward to the arrival of American ambassador." 22 December 2017.