Posts claiming that using cooking bags had led to the deaths of pet birds have caused concern among bird owners. 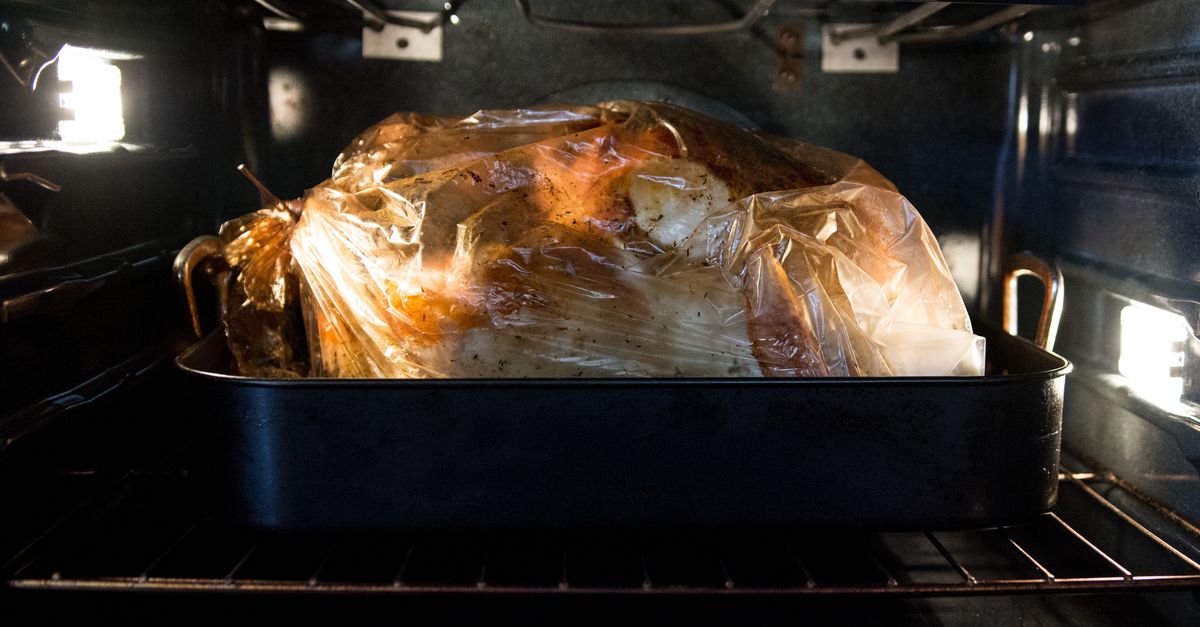 In early December 2017, Facebook user Ayesha El-Maghribi AbouTaleb said in a post that nine of her birds died from exposure to fumes from a Jennie-O Cajun Style Whole Turkey cooking bag. AbouTaleb, who owns over 50 birds, wrote that after the turkey bag had been in the oven for just 30 minutes, her birds started dying upstairs. Her husband, she said, found the first two:

By the time he walked back upstairs more were dying. We literally grabbed cages and ran them outside. All the birds are in the garage tonight covered up. I lost nine of my babies. I'm heartbroken..

I have to wonder how toxic the cooking bag is for all of us, especially a little five week early preemie baby - if my birds died that quick. We will NEVER EVER buy another turkey in a cooking bag and will NEVER buy Jenny-O-Turkey again.. There should be a warning on the package that the fumes are toxic to birds!!!

The post, which was shared more than 28,000 times on Facebook, also included a picture of what she said were the nine parakeets killed in the incident: AbouTaleb told us that her air conditioning system sucked up the cooking bag fumes and distributed them through her home, killing the parakeets upstairs. Her husband, she said, detected a "plastic stinky smell" when he discovered the first two birds that had died. At that point, her younger daughter went upstairs to check on the other birds. AbouTaleb recalled:

When she yelled that more were falling down in the cages I ran up and started screaming to get the cages out and the baby out of the house. We started grabbing cages and going down as fast as we could. One cage is too big so we grabbed a box and started catching the birds out of that cage as quickly as we could.

When we got everyone down there were some already dead.. Others gasping for air.. We set up air purifiers around their cages. We all smelled it.. As soon as the turkey started getting hot in the oven the plastic smell was everywhere.. Took two days before it was gone.

AbouTaleb says she got rid of all her nonstick cookware when she first started keeping birds. That's because Teflon fumes, which are undetectable to humans, can kill birds. Jarrine Shaw, chair of the board for the nonprofit Exotic Bird Rescue of Oregon, explained that this is true for other household items as well:

Birds have lungs but they also have air sacs, seven to nine depending on the species. The air sacs reach into the bones, and they have no diaphragm.

Due to their lung physiology birds cannot tolerate fumes from candles, plug in fresheners, perfume, Teflon, off the shelf cleaning products, etc. Any type of chemical, odorless or not, becomes life threatening when used in their living area.

We require an Orientation Class for all potential adopters or foster homes and stress to them the hazards of these products. To send the message home even more we reference the "canary in the coal mines" and that if the fumes will kill a bird then how harmful is it when exposing themselves and their family to these same airborne toxins.

A spokesperson for Jennie-O Turkey Store told us in a statement:

We did reach out directly to the consumer regarding her message. While we certainly feel for her, we can make no connection between our cook-in bag and the loss of her birds as she claims.

Our packaging supplier confirmed that the cook-in bags used with our Oven Ready products are made from food safe materials and are in compliance with the U.S. Food and Drug Administration. They do not contain Teflon (PTFE) or any related fluorochemicals.

We know of no hazards that would occur during normal use of our cook-in bags.

When we asked the company to define "food safe materials," the spokesperson said:

Again, we know of no hazards that would occur during normal use of our cook-in bags.

According to Jennie-O's spokesperson, the company also confirmed with its suppliers that its cooking bags do not contain Teflon.

An FDA spokesperson told us that the agency had not received any complaints concerning Jennie-O's product. In 2011, a bird owner made a similar claim about Reynold's oven bags, though whether the oven bags indeed caused the birds to die remains unclear, as the family was unable to have a necropsy performed to determine the cause of death.

AbouTaleb confirmed to us that Jennie-O had contacted her, but she said that she was unconvinced by their response. She said she had informed the company that other bird owners had reached out to her reporting similar incidents with their own pets:

I asked if they had any bird owners willing to go home and test the product by cooking it with their birds present. I said I bet they would say no because they would be afraid to.. And that they wouldn't lose customers.. Bird owners would thank them for being told remove the bag before cooking.

The company has not responded, says AbouTaleb, but she thinks Jennie-O turkey bags should include a warning for buyers to remove the bag "if you have pets or anyone in the home with respiratory issues."

Our current labels meet all FDA, state and federal government requirements. We are in the process of discussing additional labeling information with our regulatory team.

Julia Shakeri, who leads the avian exotic department for the Central Hospital for Veterinary Medicine in Connecticut, told us that she had worked on a case a year ago in which another family's 12 birds had died after the father cooked a roast in their oven:

He had been cooking it for eight hours in the oven; he'd open that oven every 30 minutes and that actually led to -- our best guess -- a slow bathing or release of carbon monoxide from the oven. On necropsy, those birds were exposed to respiratory toxins. They might have been near enough to the kitchen that they would have been getting some low-level carbon monoxide. The detectors in the house did not go off, because most people place those in the basement. In that case, they had been doing the roast for eight hours. He could hear them dropping in the other room. They were all dead when [the family] brought them in to us.

We know that vents can disseminate respiratory toxins throughout an area that maybe wouldn't affect you and I, but birds are so much more sensitive that it could affect them.

Whether what killed AbouTaleb's birds was fumes from the oven bags, carbon monoxide from the oven, or something else remains undetermined. We reached out to ask if she had a necropsy performed on the birds, but had not heard back by press time.