The only White House reporter from an LGBT news organization, as well as a prominent African-American White House correspondent, did not receive invitations this year. 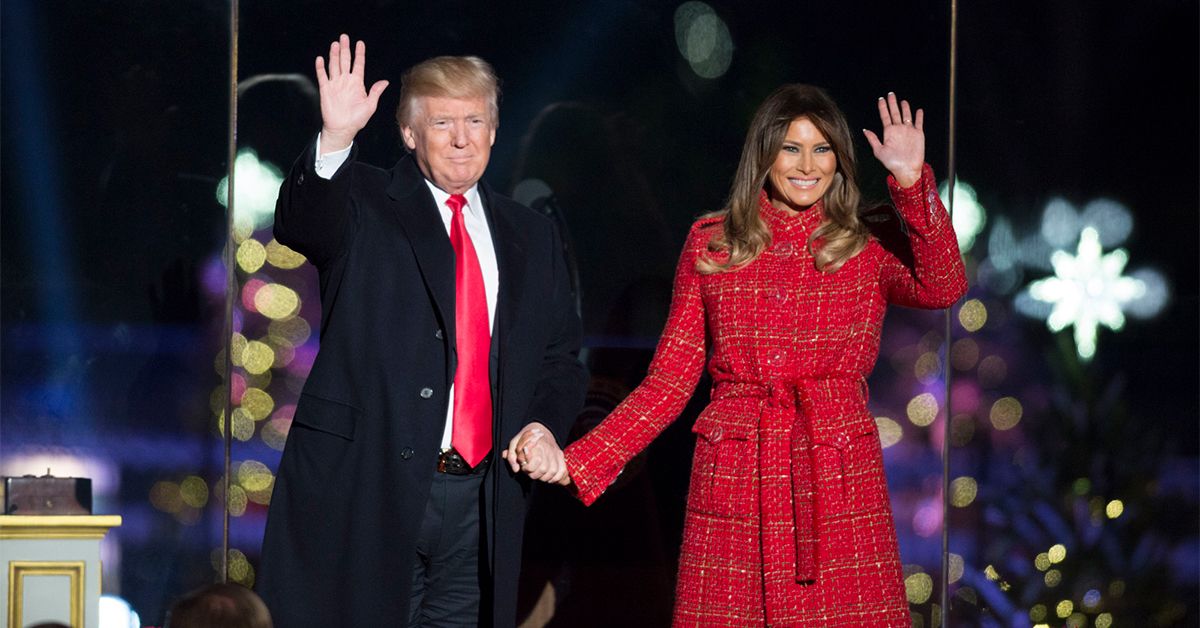 In late November 2017, reports began circulating online holding that at least two journalists who cover the White House for news outlets that focus on the LGBT and African-American communities were not invited to the upcoming White House Christmas party, even though they had been in attendance during previous years.

Chris Johnson, White House reporter for the Washington Blade (a decades-old publication focusing on LGBT news) and April Ryan, CNN contributor and White House correspondent for American Urban Radio (which describes itself as "the nation's only African-American controlled network radio company") were apparently both snubbed this year without explanation, prompting some observers to question whether black and gay journalists were banned from the annual White House holiday press party.

The White House Press Office sent out the following statement in response to the issue:

We appreciate that this is a unique opportunity and special time for people, including the President and First Lady who have offered to welcome guests into their home. This year we put an emphasis on including those who cover the White House day-in-and-day-out, giving an opportunity to the folks behind the scenes capturing it who are rarely recognized.

A spokeswoman for the White House asserted to us that the fact Ryan and Johnson weren't invited was an oversight.

Chris Johnson told us that he is the only LGBT journalist who attends White House press briefings, and he hasn't received an official explanation as to why he was suddenly excluded from the party this year. When we told him the explanation offered for his exclusion was that it was inadvertent, it was the first he heard of it. He also said White House Press Secretary Sarah Huckabee Sanders often refuses to take questions from him during press briefings, looking right at him with his hand raised and ignoring him:

I understand mistakes can happen but think the lack of invite is consistent with the policy of the Trump administration which is to exclude LGBT people.

The lack of invite is also consistent with the press secretary ignoring the Blade during briefings, as she did today [on 11 December 2017].

Johnson pointed to examples such as President Donald Trump's announcing spontaneously on Twitter that transgender troops would be banned from the military (a move that has been so far blocked by courts) and the Department of Justice's (DOJ) siding in a case before the Supreme Court with a Colorado baker who refused to make a wedding cake for a gay couple.

Johnson also pointed to DOJ memos stating that federal civil rights protections do not extend to transgender workers and another siding with anti-gay employers who wish to discriminate against LGBT employees based on their religious beliefs. He averred that although courts have gradually been evolving towards a general consensus that LGBT people are a protected class, the LGBT community is in a precarious position because no federal law currently protects them against discrimination:

I’m very frustrated about not being called on at press briefings because I feel I should have my questions answered to hold them accountable for these policies.

April Ryan, an African-American reporter who has had tense exchanges with Sanders during press briefings over questions of race and slavery, also told the Washington Post that she doesn't know why she wasn't invited for the first time in 20 years, but she believes it's because the current administration has "disdain" for her:

I don’t think I was overlooked. I think they don’t like me. For whatever reason, they have disdain for me.

Although the White House maintains their exclusion was unintentional, is true that Johnson, the only journalist from an LGBT publication in White House press briefings, and Ryan, a prominent African-American journalist who has vocally challenged the administration on its stance on race, were not invited.

This issue bears some similarities to accusations that the White House invited primarily white children to the 2017 Easter Egg Roll. Although photographs from the event seemed to show mostly white children in attendance, we were unable to confirm who was on the guest list because the White House would not respond to our questions, and a Freedom of Information request for that information has not yet been responded to. However, we were able to confirm that children from three racially-diverse school districts who were invited in previous years didn't receive invitations in 2017.

Scott, Eugene.   "April Ryan Is Not the Only One Who’s Unclear on the Trump Administration’s View of Slavery."     The Washington Post.   1 November 2017.