Controversy over the commonwealth's budget is not new, but attention on the bonuses as Puerto Rico struggles in the aftermath of Hurricane Maria is. 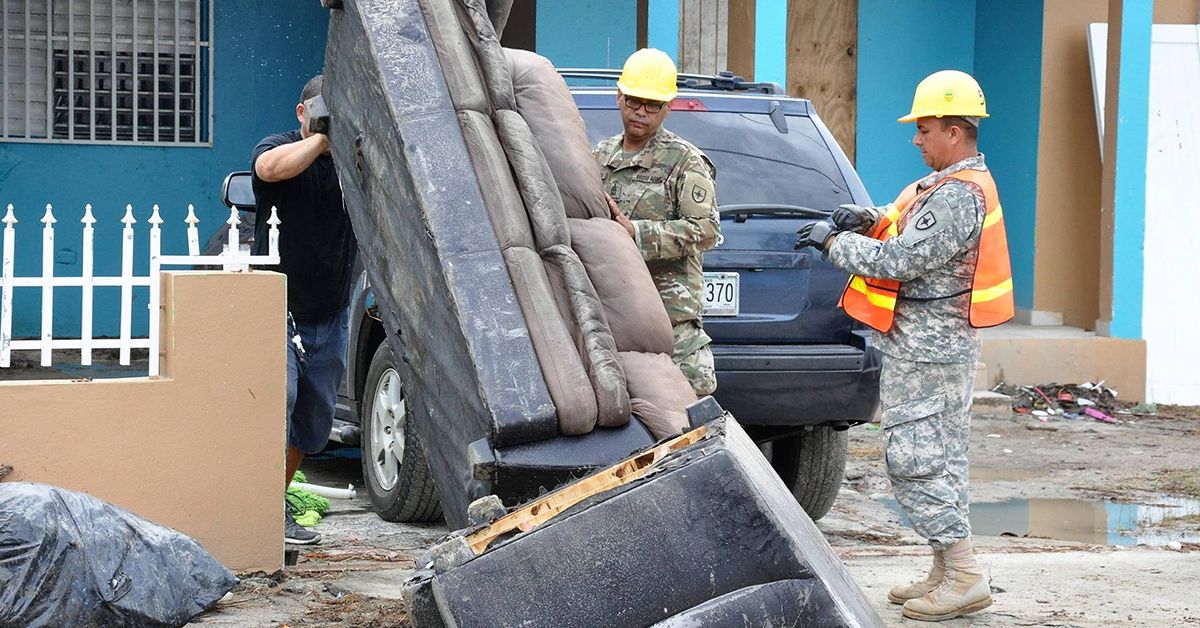 In early December 2017, various web sites and right-wing personalities began circulating on social media stories and blog posts reporting that the United States territory of Puerto Rico will give government employees their annual Christmas bonuses — despite the island being ravaged by Hurricane Maria just months earlier.

Puerto Rico's plight in the face of a deadly natural disaster became the latest political spectacle of its kind after President Donald Trump got into a running Twitter spat with San Juan mayor Carmen Yulín Cruz over the federal government's sluggish response which left many with little or no assistance, and most without electricity for weeks. The capital city's mayor frequently pleaded with the mainland for aid, and was vocal in her criticism of the Trump administration's failure to provide it.

But like other aggrieved Americans before her (including two Gold Star families), Cruz and the commonwealth island became the villains instead of the victims in the hyper-partisan social media universe. Thus, a public accountability story about wrangling over government budgeting became the latest Internet outrage, with one angry Facebook user opining:

I'm glad I didn't give a dime. The money never seem to get to the people that it needs it everybody that donates just donate to the CEOs and the governors in the Mayors everybody that can steal from these relief funds I'm not paying for their vacations or whatever else they use the stolen money on

Puerto Rico’s leftist leaning politicos have been on a rant against President Donald Trump over what they say was his failure to give them the money they need for Hurricane Maria cleanup — but then they turn around and give out $100 million in government employee bonuses.

The governor’s office said the bonuses had been part of an approved budget.

It is true that Puerto Rican government will pay out a total of $113 million in bonuses to 105,000 public employees, totaling $600 each, and 141,000 retirees at $200 each, according to Bloomberg. The bonuses are and have been controversial in Puerto Rico, and they have earned the ire of a financial oversight board put in place by Congress in 2016 to mediate the islands fiscal woes.

But a letter sent from Puerto Rico Governor Ricardo Rosselló's representative Christian Sobrino to the island's Financial Oversight and Management Board argues that the bonuses have been mandated by Puerto Rican law since 1969, and that they were already set to be paid before the hurricane struck with the approval of the oversight board:

The Government has always understood that it would make the end of year bonus payments during fiscal year 2018. As acknowledged in your Letter, the bonus payments are consistent with the March 13, 2017 certified Fiscal Plan. Moreover, the FY18 Commonwealth Budget, which was prepared and certified by the Oversight Board, provided for these bonus payments. Furthermore, the Oversight Board and the Government have included these payments in its internal and external figures before and after Hurricane Maria impacted Puerto Rico as part of the Government’s regular payroll. Thus, the payment of Christmas bonuses has always been contemplated as part of the Fiscal Plan and FY18 Commonwealth Budget and have never been modified. The Oversight Board has also been well aware of this regular payment and at no time after Hurricane Maria suggested to the Government that such end of year bonus should not be made.

All public employees who meet this six-month requirement are “entitled” to the bonus. This is not an issue of “prudence” because the Government’s payment of the bonuses is not discretionary. The Government is required to pay the bonuses as a matter of law to all qualifying employees regardless of whether they continue to work at the time the bonus is paid. Characterizing such payment as extraordinary is simply incorrect.

The letter was in response to one sent a week earlier by oversight board chair José B. Carrión which called the paying out of bonuses at this time "imprudent." The 27 November 2017 letter reads:

We are writing to express our concern with the Government’s decision — without prior consultation with the Oversight Board — to make early payment of Christmas bonuses despite the perilous liquidity situation on the Island. While the Oversight Board shares in your desire to recognize public employees who have gone above and beyond in aiding recovery efforts across the Island, to do so in a way that increases the liquidity strain on the Commonwealth at this time puts the public at risk and demonstrates a lack of fiscal discipline. We are particularly concerned that Christmas bonuses are being paid not only to those who are working hard to restore order on the Island, but possibly are also going to public employees who are no longer working.

Therefore, regardless of whether the payments described under Act 26 are in compliance with the certified Fiscal Plan of March 13, 2017 and the FY18 Commonwealth Budget, the Oversight Board finds it imprudent to make such payments while the Government is in the midst of developing a proposed revised Fiscal Plan and at a time of extreme uncertainty with regards to the impact of Hurricane Maria on both the current cash situation of the Government and on public sector employment. Going forward, the Oversight Board expects to be consulted during the formulation and prior to the announcement of policies such as this to ensure the Government is upholding the principles of fiscal responsibility that are so crucial in this post-Hurricane Maria environment.

The conflict over the bonuses and overall budget situation isn't new, but the sudden national interest in it is —driven by the obvious clickbait appeal of cash-strapped Puerto Rico, a predominantly Spanish-speaking territory in the Caribbean Sea, asking for $94 billion in federal recovery aid while paying millions in bonuses, after its political leaders criticized the Trump administration. The hostility that spread through social media was perhaps influenced by the fact that many Americans don't know Puerto Ricans are fellow United States citizens.

Although the official death toll from Maria, which slammed into Puerto Rico in late September, hovers at 55, hundreds who have not been accounted for died in the aftermath of the storm from conditions exacerbated by the fact that a majority of the island lost electricity and drinking water for weeks on end. Reports in the news media from the island provide accounts of bodies piling up at funeral homes and morgues.

Then there are anecdotes about people like Quintín Vidal Rolón, an 89-year-old who survived the storm itself. Rolón died one month after the storm in a house fire caused by an oil lantern he had been using in lieu of electricity.

Sutter, John D., et al. "We Surveyed 112 Puerto Rican Funeral Homes to Check the Accuracy of the Hurricane Death Toll. This Is What We Found."   CNN. 20 November 2017.