The Tax Cuts and Jobs Act does not mention the health care program, but critics say cancer patients would be hit hard if the bill passes. 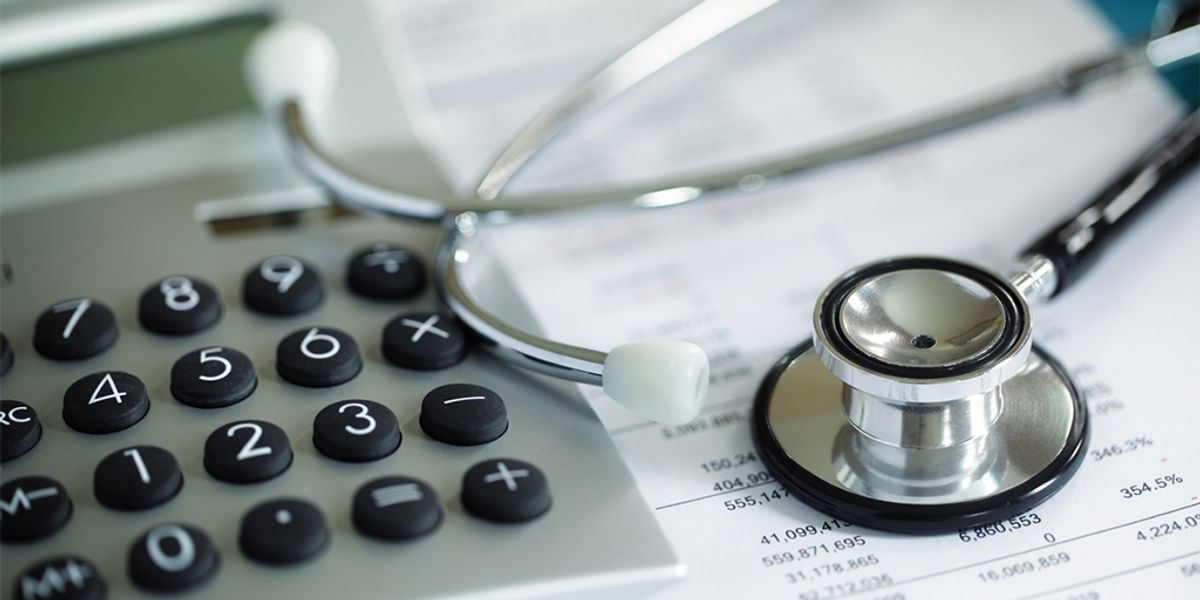 Image Via Brian A Jackson / Shutterstock.com

After the initial passage of the Senate version of the Tax Cuts and Jobs Act in the early hours of 2 December 2017, speculation mounted about its potential effect on cancer patients seeking treatment through the Medicare benefit program, with several readers contacting us wondering if the bill would eliminate enrollees' treatment plans.

Neither the House nor Senate versions of the measure make reference to cancer or Medicare — but critics have argued that it would lead to a $25 billion cut to the program in 2018, a figure that was taken from a Congressional Budget Office (CBO) analysis of the bill released on 14 November 2017.

The CBO estimates that Medicare would suffer the $25 billion budget cut in keeping with the mandate of the "pay-as-you-go" rules for Congressional spending. First instituted as part of the Budget Enforcement Act of 1990, "paygo" requires cuts for some federal programs in the event that Congress passes a bill that increases the U.S. deficit without introducing new revenue sources. According to the CBO, the Republican-sponsored bill would increase the federal deficit by $1.4 trillion.

Prior to the Senate vote, American Association of Retired Persons legislative counsel David Certner predicted that the bill would negatively affect enrollees' ability to access care:

Critics of the Senate version of the bill have also said that it would hurt cancer patients through its repeal of the "individual mandate" of the American Care Act, which requires Americans to pay a fine for not buying health insurance packages. The bill states that the repeal would take effect as of 2019.

Chris Hansen, president of the American Cancer Society's advocacy arm the Cancer Action Network, said in a statement on 1 December 2017 that:

Repealing the individual mandate without a replacement leaves cancer patients, survivors and all those with serious illnesses at risk of being priced out of the individual health insurance market. Americans who need quality health care will likely pay more and have fewer choices as some young and healthy people forgo insurance and health insurers charge more or leave the market entirely.

Hansen also argued that cancer patients would also be "hit hard" by a provision in the bill eliminating tax deductions for medical expenses:

Patients often have to travel long distances, go out-of-network for care or endure costly co-pays or co-insurance that add up over the course of the year. We should be looking for ways to lessen the financial stress on patients rather than potentially increasing costs.

The House of Representatives voted on 4 December 2017 to go to conference with the Senate, in order to reconcile differences between the chambers' respective versions of the bill. Senate Majority Leader Mitch McConnell (R-Kentucky) and House Speaker Paul Ryan (R-Wisconsin) said in a statement three days earlier that neither Medicare nor Medicaid would be affected by the tax bill:

Congress has readily available methods to waive this law, which has never been enforced since its enactment. There is no reason to believe that Congress would not act again to prevent a sequester, and we will work to ensure these spending cuts are prevented.

Another Senate Republican, Susan Collins of Maine, posted a copy of the statement sent to her on her Twitter account and reported that "I received assurances today that no reduction in Medicare will be triggered by tax bill."