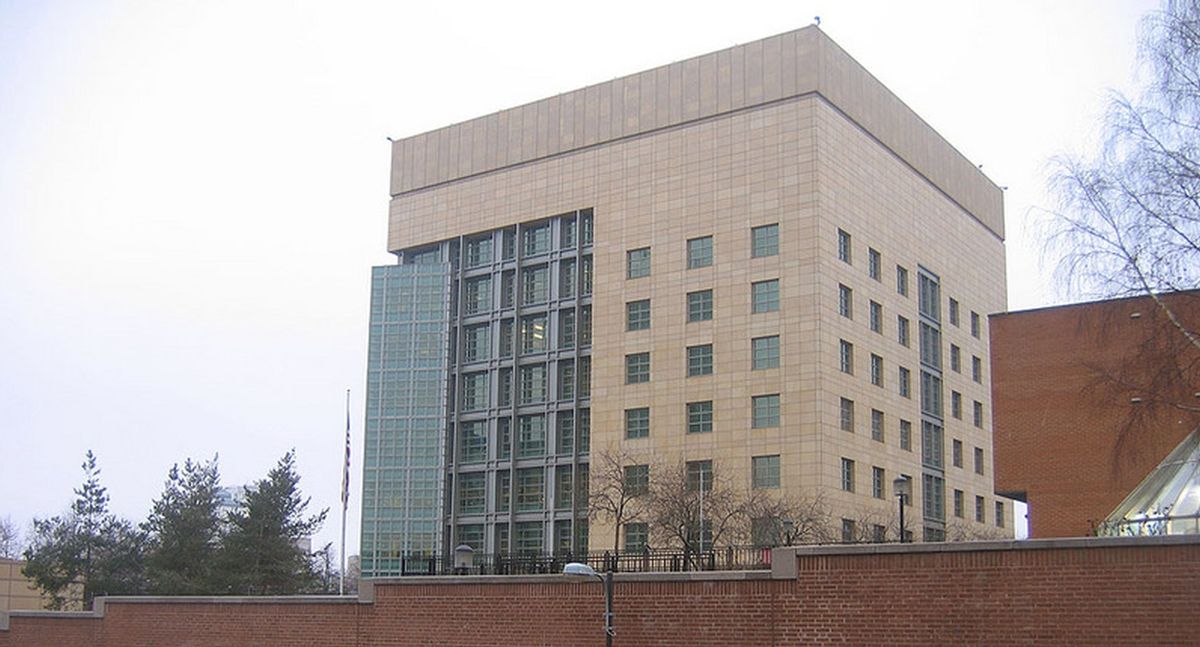 The U.S. Department of State has hired a Moscow security firm founded by a former KGB counter-espionage agent to provide security guard protection at four U.S. diplomatic facilities inside Russia, according to international press reports.

The $2.8 million, no-bid contract was awarded to Elite Security Holding Company after President Vladimir Putin ordered the expulsion of hundreds of U.S. diplomatic and technical personnel from Russia in retaliation for U.S. sanctions, the Russian daily newspaper Kommersant reported on 10 November 2017.

Elite Security founder Gen. Viktor Budanov worked for the KGB from 1966 through 1992, including a late-1980s stint in East Germany under the supervision of former KGB officer Vladimir Putin himself, according to Kommersant. Budanov, who has partnered in other businesses with fellow former spies (including at least one CIA alumnus) since the collapse of the Soviet Union, reportedly launched Elite Security Holding in 1997. Dmitry Budanov, whom Kammersant identifies as Gen. Budanov's son, is listed as Elite's current CEO.

A U.S. Embassy spokesperson in Moscow said State Department officials were "forced to look for alternative ways to protect our facilities and personnel" in time to meet the expulsion deadline of 1 September. Although other security firms (including U.S. companies) were considered, only Elite had the requisite licensing and ongoing operations in all four of the Russian Federation cities where services would be immediately required, a State Department procurement memo explained. It asked that competitive bidding be bypassed due to the "unusual and compelling urgency" of preventing security lapses at the embassies:

Local guard security services are required to ensure a safe and secure environment for U.S. Mission Russia to conduct its foreign policy mission. Local guards possess critical training and competencies that enable the Mission’s daily operations. Local guards prevent unauthorized access, protect life, maintain order, and deter criminal attacks against employees, dependents, and property as well as terrorist acts against all U.S. assets, and damage to Government property. The local guards are essential as an early warning signal to all Mission locations and to the Regional Security Officer.

In response to reports of links between the contractor and the KGB, the State Department said it had duly "vetted the company and the name of each individual identified or associated with Elite Security with relevant national and local agencies" before the contract was approved.