In a belated revelation, Jennifer Appel and Tasha Fuiava said they were attacked by would-be rescuers and were never actually "lost at sea." 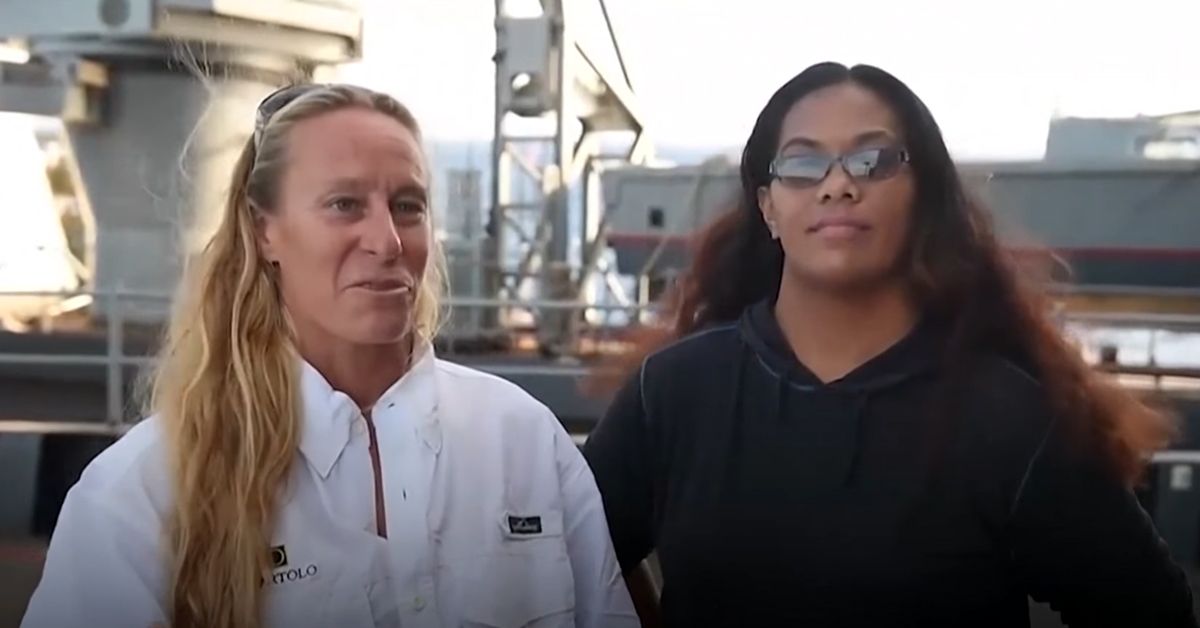 In a new twist to a harrowing survival story that has already been questioned by authorities, two women rescued by the United States Navy on 25 October 2017 after five months adrift at sea now say the Taiwanese fishing boat that first found them rammed their sailboat and its crew tried to kill them.

Jennifer Appel, 48, and Tasha Fuiava, 26, told NBC News on 8 November it was the only time during their months-long ordeal that they felt their lives were in imminent danger:

"We were never 'lost at sea.' We knew where we were the entire time," Appel said. "While the media portrayed a rescue with the Taiwanese fishing vessel, they were actually the reason why we called for help."

Instead of obeying standard regulations for the distance a vessel is supposed to keep while towing a boat, the Taiwanese vessel purposely rammed against them, she said, overpowering their significantly smaller boat.

"The Taiwanese fishing vessel was not planning to rescue us," she continued. "They tried to kill us during the night."

But the revelation raised new questions about why they never used the vessel's Emergency Position Indicating Radio Beacon (EPIRB), a piece of equipment that could have alerted authorities to their whereabouts within minutes. In previous interviews, Appel said they hadn't switched it on because they didn't feel their situation was life-threatening. When it came to the Taiwanese attackers, however, Appel told NBC she decided it was "easier and safer" to use her surfboard to sneak aboard the fishing boat (which was towing them at the time) and call the Coast Guard via satellite phone.

There was no mention of an attack by the Taiwanese crew in their earlier accounts of the ordeal, details of which had already generated skepticism among experts. A retired Coast Guard officer told the Associated Press that he questioned the plausibility of the women's claim that all six of the communications devices they said were on board failed at the same time due to an antenna problem. To explain why their boat went so far off course in the first place, Appel and Fuiava said they encountered a major storm with 60 mph winds and 30-foot seas the day they set sail from Hawaii. The National Weather Service says it has no such storm on record, however.

The sharks even seemed to have a plan of attack, using their numbers and strength to try to capsize the vessel.

“I’m telling you I’ve never seen any Stanley Cup winner come even close to the precision these five sharks had,” Appel says. “Three would get on one side and two would get on the other side, and they would make waves and try to knock down the boat.”

But a shark expert interviewed by People pooh-poohed those claims:

In different descriptions, Appel described the sharks as being at least 50-feet long. Though she told PEOPLE they were 20- to 30-feet in length, tiger sharks only grow about 16-feet long on average.

According to George Burgess, director of the International Shark Attack File at the Florida Museum of Natural History at the University of Florida, an instance of sharks jumping out of the ocean to capsize a vessel has never been recorded by other sailors.

“Tiger sharks are solitary animals, though they are found in the open sea, they are usually found mostly near some land mass,” he says. “There has never been a documented case of the kind of behavior you’re seeing described, in a shark of any species. Without calling names to these survivors, I would say perhaps hallucinations had set in.”

Despite the skeptics, and apart from their delayed revelation of the attack by the fishing crew who were supposedly towing them to safety, the women have largely stood by their story. When asked by Matt Lauer of NBC's "Today Show" if it bothered them that some people doubted their experiences were genuine, Appel said:

Chuck, Elizabeth.  "American Women Rescued from Sea Stick with Their Story: 'You Would Say the Same Thing I Did.'"   NBC News.  8 November 2017.