The baseball player's private airplane crashed into the Gulf of Mexico off the coast of Florida on 7 November 2017. 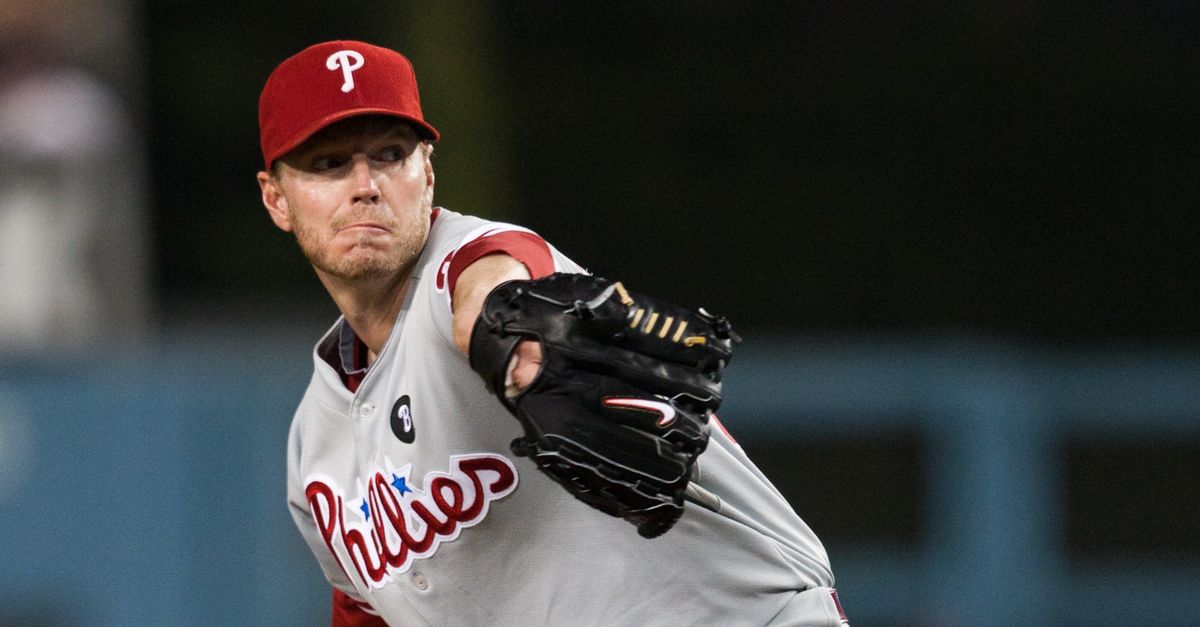 Roy Halladay, a Major League Baseball player whose pitching netted him eight All-Star Awards and two Cy Young Awards, died Tuesday when his private airplane went down in the Gulf of Mexico near Tampa, Florida:

We are saddened by the tragic news that Roy Halladay, 2-time Cy Young Award winner & 8-time All-Star, has died in a plane crash. He was 40. pic.twitter.com/SOFv3bOLyt

Halladay, who was nicknamed "Doc", played for the Toronto Blue Jays and the Philadelphia Phillies from 2008 to 2013. He was born in Denver, and showed an early aptitude and love for baseball that never seemed to dwindle:

Halladay, 40, won the American League Cy Young award in 2003 and took NL honors in 2010, his first season with the Phillies. He finished in the top five in Cy Young voting five other times in a career that saw him establish himself as one of the foremost rotation workhorses in the game. He compiled at least 220 innings in a season eight times.

Halladay was also apparently enamored with his airplane, posting images of it on social media:

I have dreamed about owning a A5 since I retired! Real life is better then my dreams!! Thx Kirk & everyone @ICONAircraft pic.twitter.com/wkk6TtjAY4

Halladay retired in 2013, and was inducted into the Canadian Baseball Hall of Fame in June 2017. However, he was discussing returning to baseball as a pitching coach:

“I do have plans to get back into baseball,” Halladay told reporters on a conference call. “At this point I don’t know what team it’ll be with or in what capacity, although I can say I have talked to the Blue Jays.”

With six all-star appearances and a Cy Young Award in 12 seasons in Toronto, Halladay ranks among the greatest players in franchise history. He built on that resume in Philadelphia, where he won a second Cy Young, pitched a perfect game and authored a playoff no-hitter.