Is Janet Jackson Banned From Performing at the Super Bowl?

Though the star has not performed at the halftime show since the infamous "wardrobe malfunction" of 2004, the National Football League says there was no ban on her performing. 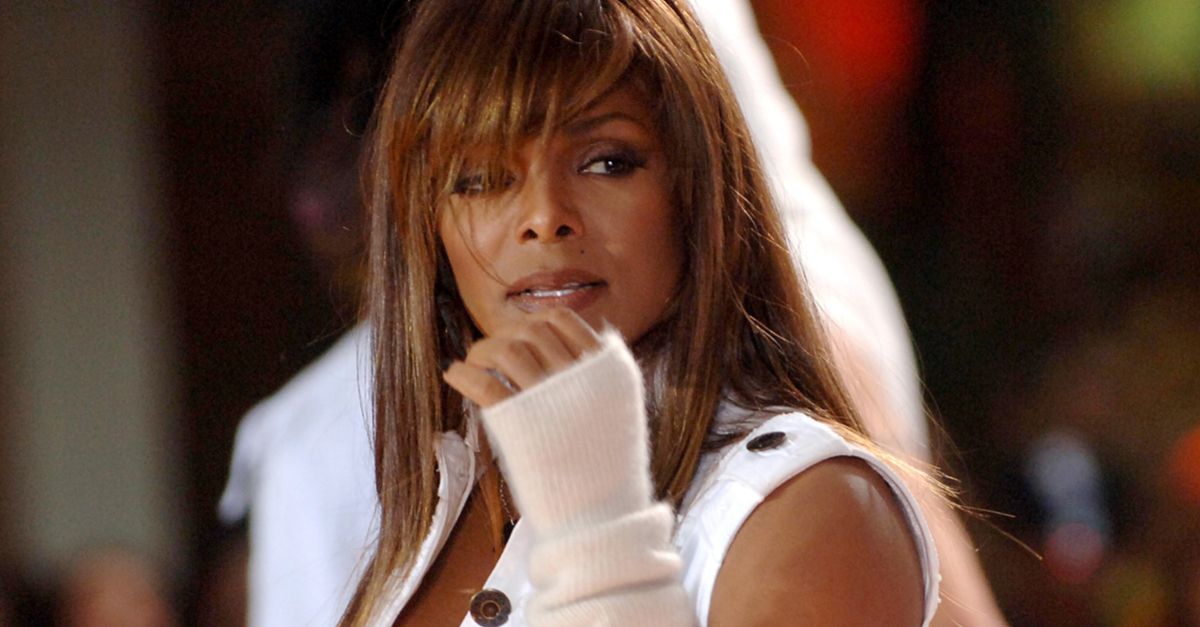 A rumor holding that Janet Jackson had been banned from performing at the halftime show of the Super Bowl due to the infamous 2004 "nipplegate" controversy was rehashed in October 2017 on social media, not long after the NFL announced that Justin Timberlake would headline the show at Super Bowl LII:

Timberlake and Jackson performed together during the Super Bowl in 2004, which ended with Timberlake tearing off a piece of Jackson's clothing and exposing part of her breast. The incident (which was quickly called "Nipplegate") resulted in hundreds of thousands of complaints to the FCC, more than a half-million dollar fine for CBS (which was eventually overturned), and significant backlash for the show's female star (but almost none for Timberlake). When the league announced that Timberlake, and not Jackson, would be returning to the halftime stage, social media users expressed outrage and claimed that Jackson was still banned by the league.

However, a spokesperson for the NFL said that neither Jackson nor Timberlake were banned from performing at the Super Bowl:

"There’s no ban. We are not going to comment on any speculation regarding potential guests. There may be no guests. Along with Pepsi, we’re excited to have Justin Timberlake."

We reached out to clarify if Timberlake or Jackson had ever been banned by the league and were told that "there was not and is no ban."

We also searched news articles for any mention of a ban levied against Jackson or Timberlake in 2004, but came up empty-handed. A NFL spokesperson did tell TMZ in 2014 that the league was considering "everybody but Jackson" for that year's halftime show. However, it is unclear whether this was official league policy or simply a clumsily-worded joke.

Both Jackson and Timberlake apologized for the incident and insisted that the wardrobe malfunction had been an accident:

Timberlake: “I am sorry if anyone was offended by the wardrobe malfunction during the halftime performance at the Super Bowl. It was not intentional and is regrettable.”

Jackson: “The decision to have a costume reveal at the end of my halftime show performance was made after final rehearsals. MTV was completely unaware of it. It was not my intention that it go as far as it did. I apologize to anyone offended — including the audience, MTV, CBS and the NFL.”

NFL executive vice president Joe Browne said at the time that he was "disappointed" in the show and that it was "unlikely" that MTV would produce another Super Bowl halftime show. Although there is no evidence that Jackson was not officially banned from future Super Bowl performances by the NFL, the singer was "blacklisted" by Viacom, the parent company of MTV:

CBS and MTV’s parent company Viacom, angered that an unannounced addition to the Super Bowl performance has now cost them all future halftime shows, hits back at Jackson by essentially blacklisting her, keeping her music videos off their properties MTV, VH1, and radio stations under their umbrella. The blacklist spreads to include non-Viacom media entities as well.

According to Billboard, only four musical acts have performed more than once at the Super Bowl since 1991: Gloria Estefan, Bruno Mars, Nelly, and Justin Timberlake, who performed in 2001 with the band N'Sync. Although it is not particularly unusual that Jackson has not performed a second time, it is atypical that the other person involved in “Nipplegate” has been asked to perform a third time.

Correction [26 October 2017]: Due to an error in editing, a previous version of this story said that Timberlake had been asked to perform twice since 2004. He has been asked back once, for a total of three Superbowl performances.