Witnesses told police that one of the three men shouted "Heil Hitler" before opening fire. 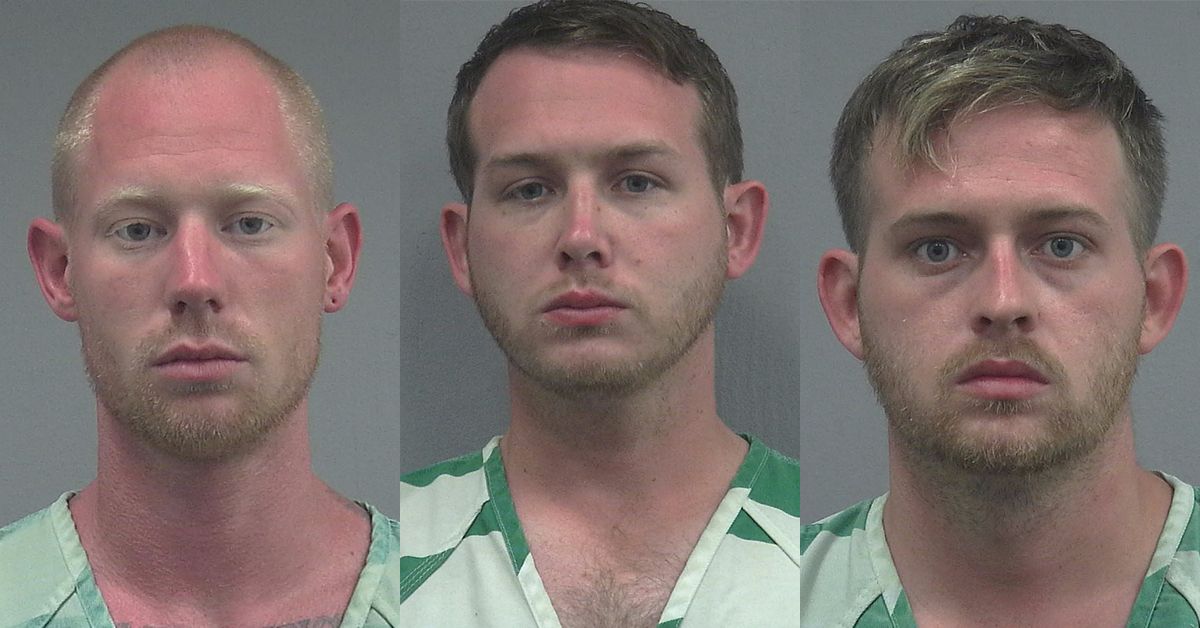 On 19 October 2017, just after white supremacist Richard Spencer's sparsely-attended University of Florida rally, three men who attended were arrested after shouting "Heil Hitler" and opening fire on a group of anti-Nazi protesters, according to arrest documents.

Tyler Tenbrink, 28, William Fears, 30, and Colton Fears, 28, all from Texas, are being held on attempted homicide charges. They were taken into custody at about 9 P.M., several hours after fleeing the scene. The Fears brothers are being held on $1 million bond while Tenbrink, who has a felony record, is under $3 million bond. Police say at least two of the three have extremist ties.

The incident happened the same day Spencer gave a speech at the University of Florida, where he was heckled and drowned out by protesters. In interviews with the news media captured before the shooting, both Tenbrink and the elder Fears brother told reporters they came to Florida from Texas to support Spencer.

According to Gainesville police, at about 5:20 P.M., Tenbrink and the Fears brothers pulled up to a bus stop near the Spencer rally in a silver Jeep and began arguing with a group of protesters. The suspects began threatening and making Nazi salutes.

One of the victims hit the back of their car with a baton, and the car pulled away and drove about ten feet before stopping; Tenbrink then got out of the car with a handgun, while the Fears brothers encouraged him to kill the victims.

Tenbrink opened fire but missed, the bullet striking a business behind one of the victims. The suspects then drove off, but not before a victim was able to record their license plate number which was then provided to police. (No one was hurt in the incident.)

I am amazed that immediately after being shot at, a victim had the forethought to get the vehicle’s license number. That key piece of information allowed officials from every level of multiple agencies to quickly identify and arrest these persons. This was an amazing team effort by everyone involved.

A few hours later, acting on intelligence that the suspects may be in the area, a police officer who had been working the Spencer event but was on his way home and off duty began searching for the vehicle and located it, resulting in Tenbrink and the Fears brothers being stopped and apprehended. Tobias credited that officer's actions and the victim's quick thinking.

Prior to the shooting, Tenbrink had told the Washington Post:

I came here to support Spencer because after Charlottesville, the radical left threatened my family and children because I was seen and photographed in Charlottesville. The man’s got the brass to say what nobody else will.

Heather Heyer, 32, was killed in Charlotesville on 12 August 2017, when another white supremacist rammed a car into a crowd of pedestrians protesting against the "Unite the Right" rally, yet another violent Spencer-backed event. James Alex Fields, 20, has been charged in the attack.