A "dramatic escalation in tremors" is leading seismologists to believe that an eruption is imminent at Indonesia's Mount Agung. 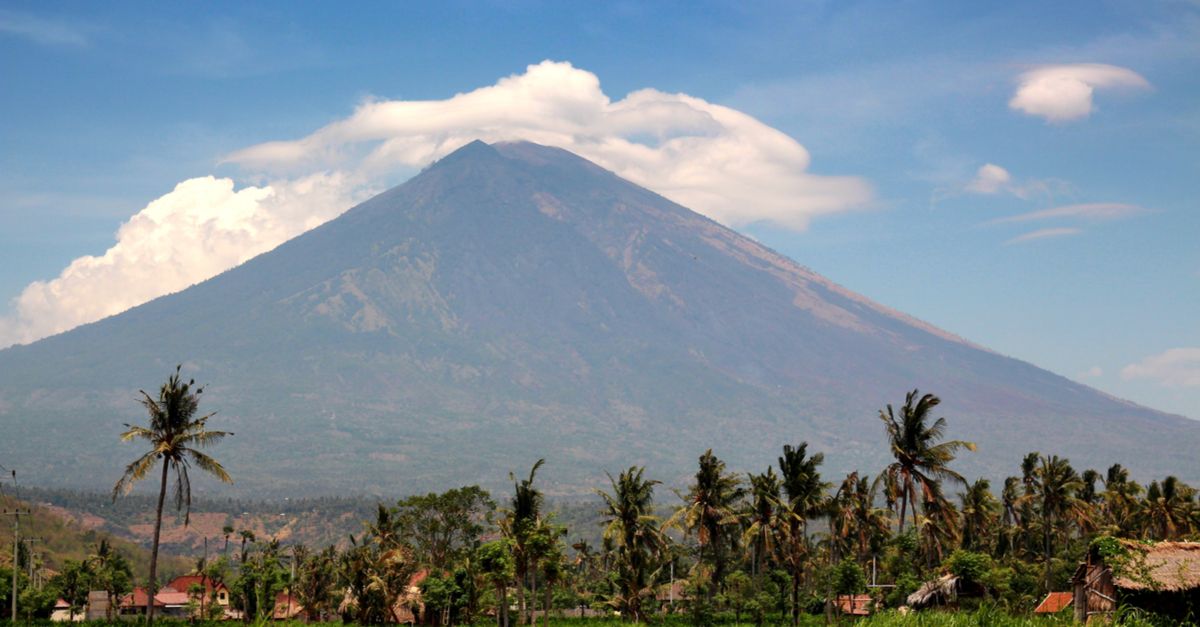 More than 130,000 people have fled the region around the Mount Agung volcano on the Indonesian tourist island of Bali, fearing it will soon erupt, an official said Thursday.

The disaster mitigation agency's command post in Bali said the number of evacuees has swelled to about 134,200. The figure is more than double the estimated population within an immediate danger zone but people further away are leaving too.

Those who have fled are scattered in more than 500 locations across the island famed for its beaches, lush green interior and elegant Hindu culture, taking shelter in temporary camps, sports centers and other public buildings.

The volcano has been at its highest alert level since Friday, sparking the massive exodus of villagers. Thousands of cows left behind by rural communities are also being evacuated.

The exclusion zone around the mountain extends as far as 12 kilometers (7.5 miles) from the crater in places.

"I was very worried about the situation" said Nyoman Suarta, who was leaving a village a few kilometers outside the official no-go radius. "So I decided to get out to save myself with my stuff and my pet," he said, carrying a cage housing a bird.

Agung, which dominates the landscape in the northeast of the island, last erupted in 1963, killing more than 1,100 people. It remained active for about a year.

Volcanologists say the past week's dramatic escalation in tremors indicates an eruption is more likely than not, but they can't say with certainty when it will happen.

"I would definitely be following the advice to stay outside the exclusion zone," said Heather Handley, an assistant Earth sciences professor at Sydney's Macquarie University. The increase in tremors suggests an eruption is "imminent," she said.

Its eruptions in 1963 produced deadly clouds of searing hot ash, gases and rock fragments that traveled down its slopes at great speed. Lava spread for several kilometers (miles) and people were also killed by lahars — rivers of water and volcanic debris.

"If Mount Agung erupts, I'm in charge of pressing the alarm button," said Nyoman Kasna, a local official. "Sirens will sound and tell the community the mountain has erupted."

Agung, about 70 kilometers (45 miles) to the northeast of the tourist hotspot of Kuta, is among more than 120 active volcanoes in Indonesia.

Another volcano, Mount Sinabung on Sumatra, has been erupting sporadically since 2010, sometimes blasting volcanic ash several kilometers (miles) into the air and forcing more than 30,000 to evacuate their villages.

Indonesia, an archipelago of thousands of islands, is prone to seismic upheaval due to its location on the Pacific "Ring of Fire," an arc of volcanoes and fault lines encircling the Pacific Basin.