The conservative website later deleted the video, which allegedly aimed to highlight journalist Glenn Thrush's laudable pronunciation of the word. 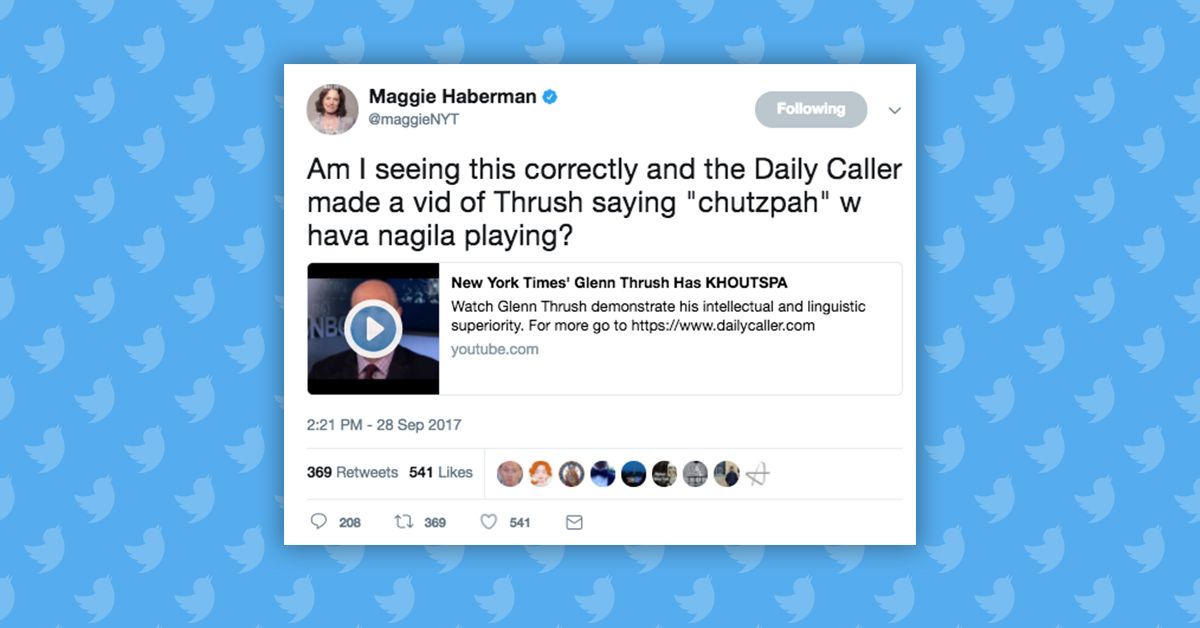 
The New York Times' Maggie Haberman called attention to the video on Twitter, briefly giving a wide audience before it was abruptly deleted: Thrush describes himself as a "secular Jew", and many online were quick to label the video anti-semitic, as it could be interpreted as playing into the conspiratorially focused anti-semitism popular with parts of the alt-right. Alt-right memes frequently rail against a perceived Jewish takeover of the media, which has been a common anti-semitic trope dating back to the early 1900s.

We asked Daily Caller editor in chief Geoffrey Ingersoll what message the video (which ultimately directed people to the Daily Caller Instagram account) intended to convey, and why it was later deleted. He pointed us to Daily Caller media reporter Betsy Rothstein's Twitter account, where she stated that she had requested the video for a project that went up "too soon" and that it "lacked proper context".

The context Rothstein, who is Jewish, intended to add was her admiration of his pronunciation of the word. She also said that she and Thrush have a rapport, and that the two of them have already laughed off the incident. (We have also reached out to Thrush, who was not immediately available for comment.) The Daily Caller has been accused of pandering to anti-semitic elements of the alt-right in the past. Jason Kessler, who organized the August 2017 "Unite the Right" rally in Charlottesville that saw neo-Nazis chanting anti-Jewish slogans (as well as major violence and deaths), used to write for the Daily Caller, which created a minor controversy when it was revealed he was both reporting on the event and organizing it. After the tragedy in Charlottesville, the Daily Caller apparently attempted to delete any evidence of his involvement with the outlet.

Rothstein, for her part, suggested in a later tweet that she was just as confused as everyone else about the spelling of chutzpah presented in the video, saying she was unfamiliar with the "khoutspa" variety used in the short-lived YouTube video.