Lawmakers had called for the now-waived Jones Act to be suspended to allow aid to more easily reach the island territory. 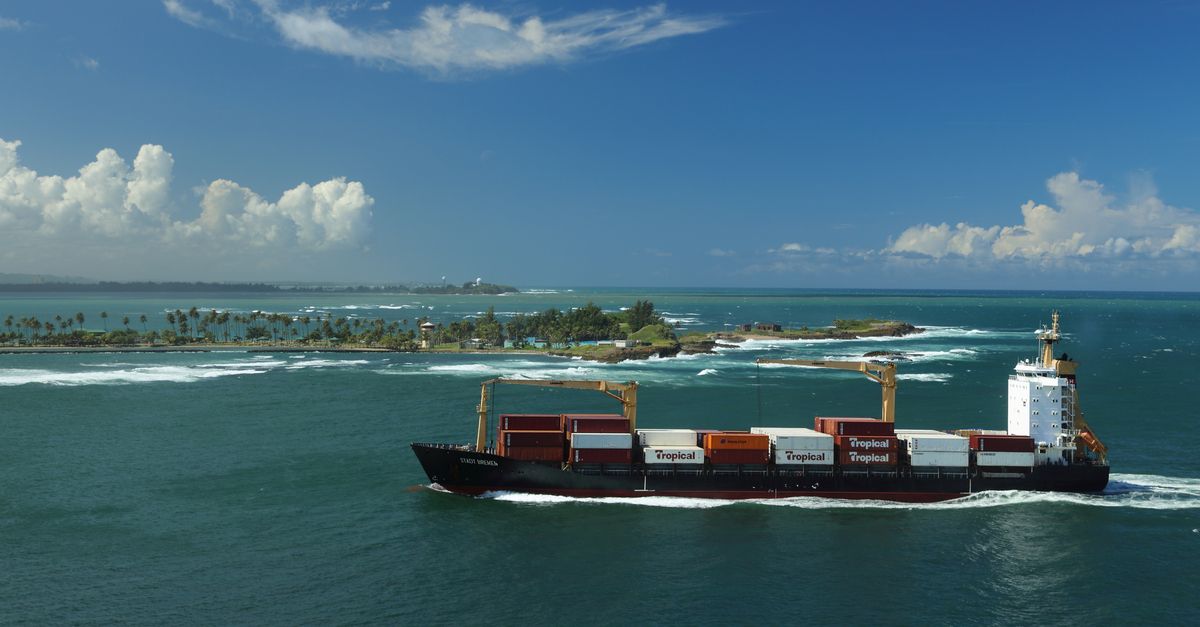 An outcry for federal assistance for Puerto Rico in the wake of a devastating September 2017 hurricane that spurred criticism from lawmakers has effectively suspended a 1920 law restricting maritime shipments to the island.

The Department of Homeland Security (DHS) has refused requests to waive the provisions of the Merchant Marine Act of 1920 (also known as the Jones Act) in the aftermath of Hurricane Maria, which has reportedly already killed at least 44 people — including 16 in Puerto Rico — and left nearly all of the territory's 3.4 million residents without electrical power since making landfall on 20 September 2017.

Puerto Rican Gov. Ricardo Rossello said on 27 September 2017 that he expects DHS to issue a waiver on the law, which requires that any shipments to U.S. territories like Guam and Puerto Rico -- as well as non-mainland states like Alaska and Hawaii -- be carried out by vessels that are not only owned by Americans, but based in the U.S. and maintaining a crew of U.S. citizens or permanent residents.

But a DHS spokesperson, David Lapan, told us that the circumstances surrounding Puerto Rico are different than the ones that led the agency to issue and extend a waiver on the law earlier in the month following the damage done in mainland U.S. states by Hurricanes Harvey and Irma.

Lapan said in a statement:

The fuel concerns associated with Hurricane Harvey were driven by the loss of numerous refineries and the shutdown of the primary pipeline moving refined fuel to the East Coast and Southeast. In those cases, we needed additional vessel capacity to make up for those loses. We do not lack US-flagged vessel capacity to move commodities to Puerto Rico, and restrictions on port operations and slowdowns at the port (e.g., cranes operating on generators are moving at half speed), and the above mentioned internal movement of goods, will be the primary limiting factors.

As of 27 September 2017, Lapan told us, four ports in the territory were open, though not operational at full capacity. Another five were open "with restrictions," while the rest of the local ports were still undergoing a federal assessment.

But various lawmakers have criticized the federal government's response. A group of Democratic House members called for a one-year suspension of the Jones Act in order to better allow supplies to be delivered by sea to Puerto Rico. Rep. Nydia M. Velázquez (D-New York) said in a statement that the hurricane was "a natural disaster of historic proportions." Another lawmaker, Rep. Luis V. Gutiérrez (D-Illinois), said:

Puerto Rico is broke and the federal government already controls the purse strings through the financial control board or Junta that was imposed by Congress. Puerto Rico can’t borrow funds and they are required to use American shipping only, which is the most expensive in the world. In their hour of need, Washington can help by suspending the Jones Act and suspending cost-sharing obligations. Puerto Rico was closing schools and hospitals and laying off cops before the two hurricanes hit this month, so Washington should go these extra steps.

Republican Sen. John McCain of Arizona -- who introduced a bill in July 2017 calling for the law to be repealed -- released a statement on 26 September 2017 saying that he was "very concerned" by DHS's decision not to grant Puerto Rico the same waiver against the law that Texas, Florida, and Louisiana received. He said:

It is unacceptable to force the people of Puerto Rico to pay at least twice as much for food, clean drinking water, supplies and infrastructure due to Jones Act requirements as they work to recover from this disaster. Now, more than ever, it is time to realize the devastating effect of this policy and implement a full repeal of this archaic and burdensome Act.

The Federal Reserve Bank of New York said in a 2014 report that granting Puerto Rico a five-year waiver from the Jones Act would help determine whether its restrictions contributed to the "substantial burden" caused by the high cost of shipping there.

However, the American Maritime Partnership -- an advocacy group comprised of workers' groups, contractors, and other organizations tied to the shipbuilding industry -- has argued that the law is "critical to our country's economic surgery":

The 40,000 Jones Act vessels operating in the domestic trades support nearly 500,000 American jobs and almost $100 billion in annual economic impact. An impressive five indirect jobs are created for every one direct maritime job, which results in more than $28 billion in labor compensation. The industry moves close to 888 million tons of cargo every year, which plays an important role in relieving congestion on the nation’s crowded roads and railways.

On 28 September 2017, the Trump administration announced that it was waiving the Jones Act effective immediately at the behest of Puerto Rico's governor:

At @ricardorossello request, @POTUS has authorized the Jones Act be waived for Puerto Rico. It will go into effect immediately.