Can the 2016 U.S. Presidential Election Be Annulled or 'Done Over'?

Some question the legitimacy of Donald Trump's presidency, but the constitutional options for challenging the results of the 2016 election are few and complicated. 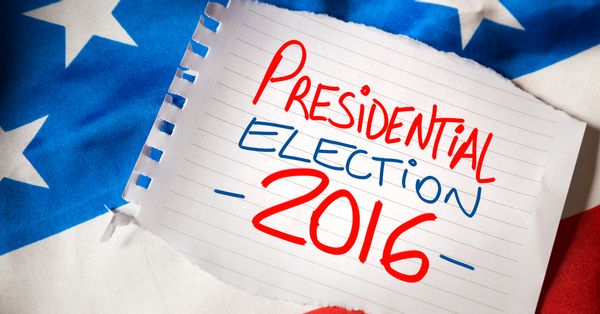 In September 2017, as United States intelligence officials said that the 2016 presidential election had been targeted by an "influence campaign" of unprecedented scope and audacity ordered by Russian President Vladimir Putin in order to sow discord in the electorate and skew the outcome in favor of Donald Trump (who ultimately won that election, raising still-unanswered questions about its legitimacy), whispers began about the possibility of holding another election.

Amid ongoing federal investigations into the extent of Russian meddling and possible collusion by the Trump campaign, some have suggested there may be grounds for annulling, overturning, or "doing over" the 2016 election. There have already been efforts to do so, in fact; for example, a Supreme Court petition in January 2017 demanded that U.S. officials be enjoined from inaugurating President-elect Trump due to their failure to defend the Constitution "against all enemies foreign and domestic". (The court denied the petition.)

As to whether or not there exists a constitutional remedy for a U.S. presidential election alleged to have been skewed by foreign intervention, legal scholars say the options are limited. In fact, there are only two ways a sitting president can be removed from office: impeachment by Congress for high crimes and misdemeanors or a declaration by the vice president and a majority of cabinet members that the president is "unable to discharge the powers and duties of his office."

In either case, the Constitution stipulates that the sitting vice president would assume the office and duties of the presidency. Neither method has ever been successfully used to replace a sitting president.

The provision for impeaching a president is found in Article II, Section 4 of the U.S. Constitution:

The President, Vice President and all civil Officers of the United States, shall be removed from Office on Impeachment for, and Conviction of, Treason, Bribery, or other high Crimes and Misdemeanors.

The process begins with the submission of a formal accusation of impeachable offense(s), which sets in motion an investigation by the House Judiciary Committee to determine whether there are sufficient grounds for impeachment. The phrase "high crimes and misdemeanors" is somewhat open to interpretation, but is generally regarded as covering crimes that amount to abuse of high office — treason and bribery, of course, but also such things as obstruction of justice, perjury, and dereliction of duty.

If the committee finds sufficient grounds to go forward, its members draft Articles of Impeachment enumerating the charges and send them to the full House for debate, followed by a vote. If one or more articles is approved by a simple majority of the House, the president is thereupon impeached (more or less equivalent to an indictment, but for sitting presidents), and the matter is sent to the Senate for trial.

The Chief Justice of the Supreme Court presides over the Senate impeachment trial of a president. In many respects it is like a court trial, with the presentation of evidence, the testimony and cross examination of witnesses, a prosecution and defense, but in lieu of a jury verdict a vote by a supermajority (two-thirds) of the full Senate is required to convict; otherwise, the president is acquitted. Upon conviction, the president is immediately removed from office and may face criminal prosecution.

Only two presidents in U.S. history have been successfully impeached by the House, Andrew Johnson and Bill Clinton. Neither was convicted by the Senate.

Determination of Inability to Discharge Powers and Duties

Section four of the 25th Amendment to the U.S. Constitution provides that:

The criteria for "unable to discharge the powers and duties of his office" are vague and open to interpretation, though in general terms the phrase is taken to mean that the president suffers a physical or mental disability that prevents him from adequately doing his job.

Whether or not a president is incapacitated in such a manner wouldn't be decided by a panel of doctors, however, but instead by the sitting vice president and a majority of cabinet officials (or "such other body as Congress may by law provide") who would, upon making said finding, send a declaration to Congress. Once the declaration is received by the speaker of the House and Senate president pro tempore, the vice president would automatically take over as acting president.

However, the president can still challenge the finding by declaring himself fit, at which point he would be able to resume office, until (within four days) the vice president and a majority of the cabinet submit another declaration of inability, triggering (within 48 hours) a two-thirds vote of both the House and Senate to decide the issue once and for all.

As former Sen. Birch Bayh (D-Indiana), who helped draft the amendment, once wrote, determining presidential disability is properly a "political question" rather than a medical one, given that the vice president and cabinet are, in his words, "uniquely able to determine when it is in the nation's best interests for the Vice President to take the reins."

Rep. Jamie Raskin (D-Maryland), a constitutional scholar in his own right, has introduced a bill in Congress (H.R. 1987, the "Oversight Commission on Presidential Capacity Act") which would actually establish "such other body as Congress may by law provide" mentioned in the 25th Amendment and give it the power to determine the president's fitness to stay in the job. But despite having 31 co-sponsors (all Democrats), to date Raskin's bill has shown no signs of making it out of the House Subcommittee on the Constitution and Civil Justice, where it has resided since 1 May 2017. In the unlikely event it were passed by both houses of Congress, President Trump would surely veto it, which would require an even unlikelier supermajority vote to enact it into law.

In all of its years of existence, section four of the 25th Amendment has never once been invoked.

The remedies provided for in the Constitution only address issues of malfeasance or disability on the part of the president. What of the legitimacy of the election itself — say, if the results are thought to have been manipulated by internal or external interference? According to constitutional scholar Laurence Tribe, no institutional mechanism exists for even making such a determination, much less redressing an election found to be illegitimate. Anyone who thinks the Supreme Court might order a new election under those circumstances is "deluding themselves," Tribe told the Washington Post in April 2017.

Might Congress conceivably step in and enact a special law calling for a new election, as proposed by American Enterprise Institute resident scholar Norm Ornstein? "Americans now have to face at least the possibility, a tangible one, that the election itself was subverted by a hostile foreign power in league with the winning presidential campaign," he wrote in the Atlantic in March 2017:

The Constitution leaves a lot of leeway for Congress. So it is time to consider a new law, one that cleans up the issues and discrepancies in the existing succession act but does more. It should allow for a special election for president and vice president under extraordinary circumstances. Those could include a terrorist attack or an attack by a foreign power or others on Election Day or on the election system or process that destroys or distorts the results. It can also include foreign interference in the election combined with a winning party’s involvement in or reinforcement of the interference. Such a provision would have to be carefully drawn and set a high bar, to avoid any chicanery to call an election for the wrong reasons. It would probably have to require a two-thirds vote in both houses of Congress.

But here's the rub: President Trump would certainly veto any such legislation, and, given the current make-up of Congress, the two-thirds majority vote required to override the veto would be a long shot (as Tribe put it, "much too remote to warrant taking that option seriously"). And should it clear that high hurdle, the Supreme Court might strike it down as unconstitutional.

Finally, there is a proposal by former Secretary of Labor (under Clinton) Robert Reich advocating a Congressional "bill of annulment" designed, essentially, to negate every one of Trump's individual actions as president:

The Constitution doesn't mention a presidential annulment, but it is within Congress's power to enact a bill that voids all actions that Trump has taken as president. This would include everything Trump did on his own — including all executive orders and all regulations or repeals of regulations since his inauguration. (The confirmation of Neil Gorsuch to the Supreme Court would not be included in the annulment because it entailed Congressional action.)

The bill of annulment would also stipulate that henceforth, all official listings of presidents of the United States would note that the Donald Trump presidency had been annulled. And the president who replaces Trump (presumably, Michael Pence) would officially be listed as the forty-fifth president of the United States.

But Reich's idea suffers from the same fundamental weakness identified by Laurence Tribe in the cases above, namely that it couldn't come to fruition without a supermajority vote of Congress (which members of Trump's own party, the Republicans, control), and it's all but impossible to imagine it surviving a Supreme Court challenge if it got that far.

Yet, despite all this, it would be an exaggeration to say that the likelihood of Donald Trump being removed from office boils down entirely to politics. Evidence plays a critical role, too, as well it should in a matter of such gravity. Investigations into the circumstances of the election by the U.S. Senate, Department of Justice, and Federal Election Commission are ongoing. In the event that it becomes possible to make a case for malfeasance or incapacity strong enough to transcend partisanship, the odds of forcing a transition would improve.

On the flip side, those same investigations may turn up nothing at all directly incriminating to the president, an eventuality those dreaming of an election "do-over" ought to prepare themselves for as well.