We examine various claims that have surfaced after the 19 September 2017 earthquake. 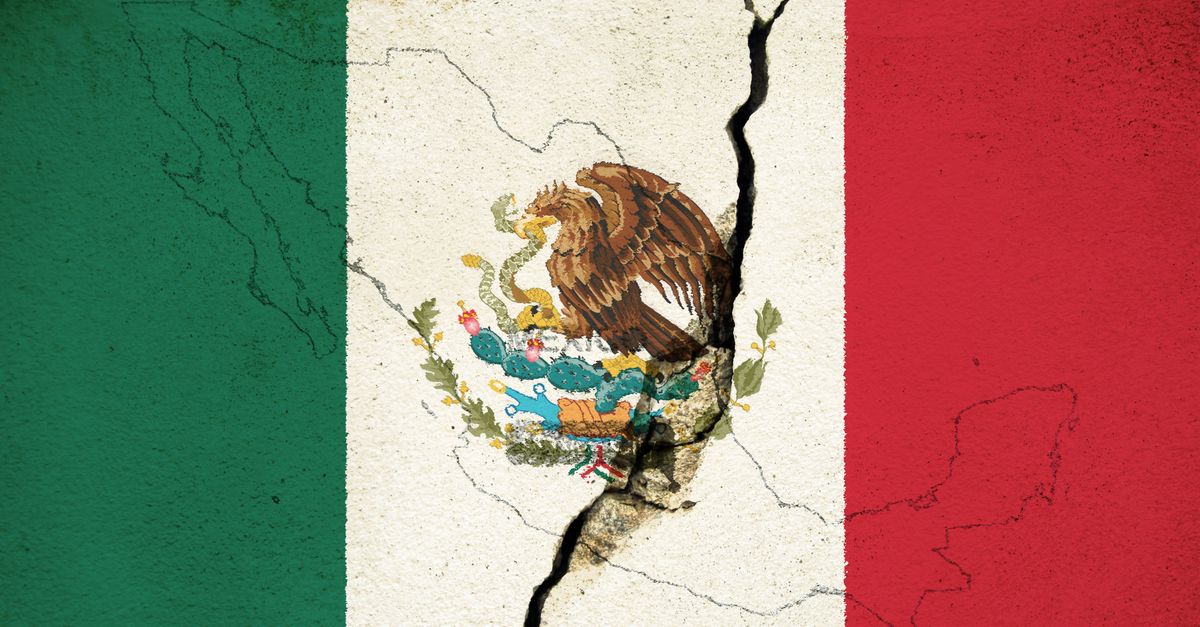 On 19 September 2017, a massive earthquake struck central Mexico — the second large quake within two weeks —causing widespread damage. At least 273 deaths have been attributed to the quake, as well as injuries to 1,900 other people.

The disaster has brought out the best in humanity, as widespread destruction so often does; people have come together all over Mexico to help pull survivors from the rubble and bring food and aid to those left temporarily homeless. Unfortunately, natural disasters at this scale also brings out misinformation and rampant rumors. Here is some of what we have seen so far.

This page will be updated as needed.

Where can people donate to help those in need?

As with any large scale disaster, there are unscrupulous people who will use this earthquake to take money from well-meaning donors.

Falling into that trap can be avoided by going to established channels. For example, the Mexican government has established a web page, ComoAyudar.mx, with a list of charities, blood banks, and resource collection centers benefitting victims of the earthquake. The page also mentions what type of donation each site is accepting, as well as whether they only take donations locally or internationally. There are also other resources put out in English and in Spanish by professional journalists working with rescuers on the ground.

The U.S. State Department is also encouraging U.S. residents to visit its website or call them for information regarding U.S. nationals who may have been affected by the earthquake toll-free at 888-407-4747 or in Washington D.C. at 202-501-4444.

For those who prefer to steer clear of government agencies, Topos (Spanish for "moles") is a professional nonprofit Mexican rescue team formed after the 1985 earthquake that devastated much of Mexico, 32 years to the day before 2017's major quake. They are a trained volunteer team that goes into crumbled buildings and help people stuck in the rubble. The Topos are taking donations through PayPal to cover the costs for their own food, water, and shelter while they assist the earthquake victims.

The Mexican Social Security Institute (IMSS) has already had to debunk false rumors on Twitter that it was asking for blood donations.

Did the earthquake originate in Mexico City?

According to the U.S. Geological Survey, the epicenter of the quake was located in Puebla state, about a hundred miles away from the capital. The city, which is one of the largest in the world, was devastated by the tremor, as were major cities in nearby Puebla and Morelos states. (Mexico has 31 states and the autonomous Distrito Federal, or Federal District, also known as CDMX or Mexico City.)

Was footage of a building crumbling during the earthquake really a "controlled explosion"?

Shortly after the earthquake, videos began circulating online showing local buildings shaking or falling during the tremor. As so often happens, some online commenters have speculated that at least one of the videos actually depicts a controlled explosion:


We have been unable to confirm exactly where this building was standing at the time that it crumbled; Twitter user Lauren Friedmann has said that the footage was filmed by her nephew. Friedmann also posted a picture she said was taken by her cousin inside a Mexico City pharmacy following an aftershock. We contacted Friedmann seeking further comment, but she has not replied. We also contacted the Mexican consulate in San Diego seeking more information, but have yet to hear back.

Was a 12-year-old girl trapped inside a collapsed school?

Some reports following the earthquake stated that a 12-year-old girl identified as Frida Sofia was trapped inside the rubble of a private school, Instituto Enrique Rébsamen. However, Mexican Naval Admiral Angel Enrique Sarmiento Beltrán, the country's assistant secretary of the Navy, debunked those reports on 21 September 2017, saying that evidence suggests that there is an adult trapped inside the building, rather than a minor.

However, 25 people at the school — including 19 children — were confirmed dead, while another 11 children suffered injuries.

Did a Mexican rescue dog save 55 people?

Reports and social media posts circulated online following the quake regarding the efforts of Frida, a Mexican Navy rescue dog that had allegedly been credited with 55 rescues.

But while Frida herself does exist, other reports stated that while she has detected 52 people in her work, only 12 were alive.

The Navy corroborated the latter reports via email on 24 September 2017, telling us that Frida, a 7-year-old Labrador, had found 53 people during her tenure, with 12 of them being alive at the time.

A Mexico City-based group, the Brigada Femenil de Apoyo CDMX, accused authorities of interfering with their attempted rescue efforts at a textile factory. The group said in a statement on its Facebook page:

The situation for the people working in that factory was clearly irregular. There has been speculation that some of them were Asian and Central American migrants in very precarious labor conditions.

I was there for hours and watched it devolve so fast it was crazy. I spent hours the day before and god knows how much money tracking down an angle grinder and metal cutting blades [in the suburbs] to cut rebar...and I think they took those, too. That morning [Friday], we were so optimistic because all the headlines in the papers here are about miracle rescues where they pull half a dozen people out of rubble. And the cops were just like Nope. No one here. Even though people who escaped the factory claim women are still trapped inside.

The cops made an effort by letting 10 people in to be witnesses, But they handled the situation horribly and there was really not a lot of transparency on their part.

A day earlier, a member of another volunteer group told the Mexican newspaper Excelsior that his organization -- which he said brought nine ambulances as well as equipment like thermal glasses and gear for extracting people from collapsed buildings -- was not allowed to carry out rescue operations.

We contacted the Mexico City Ministry of Public Security, which oversees the police, seeking comment.

Updated [22 September 2017]: Added contact information for both the Mexican Red Cross and U.S. State Department, as well as a note on a rumor concerning a Mexican Naval rescue dog who had been credited with 52 rescues.

Updated [25 September 2017]: Updated with clarification from the Mexican Navy regarding Frida the rescue dog.