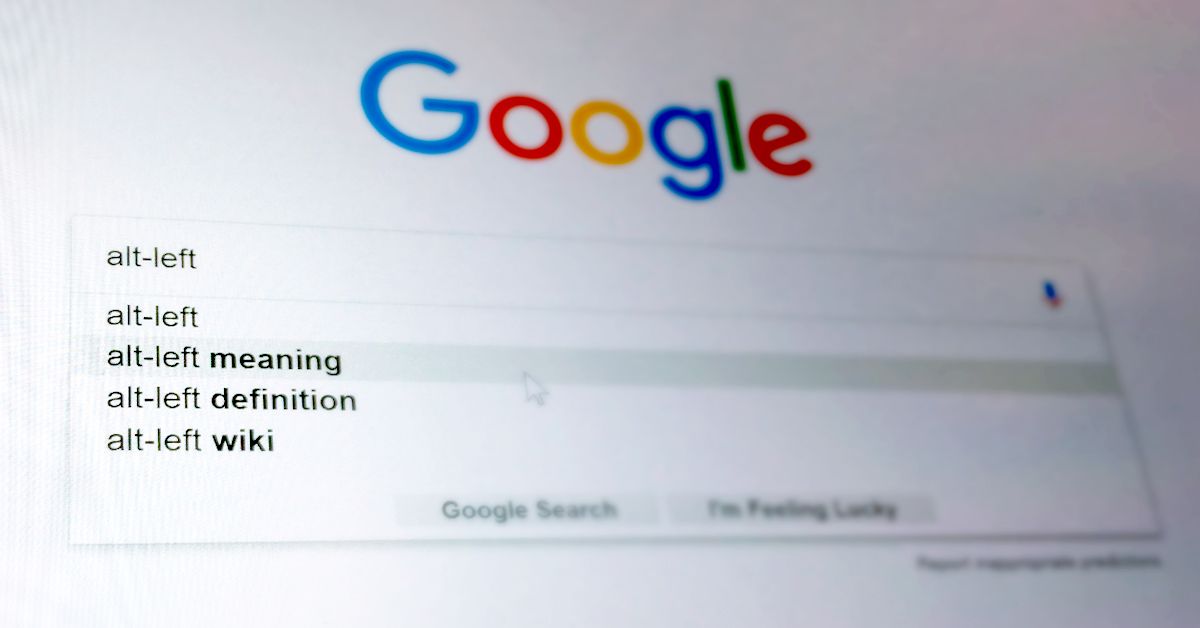 On 15 August 2017, as President Trump doubled down on his earlier position that the violence at a neo-Nazi rally in Virginia that left a woman dead was the fault of "both sides," he used a term that has only recently come into existence: the "alt-left".

Responding to a question about calls to condemn the movement known as the "alt-right", Trump responded, "What about the alt-left that came charging at, as you say, at the alt-right?"

So what, exactly, is the alt-left? Unlike the term alt-right, which was created by members of an ideology by its supporters (in order to make more palatable to the mainstream what had previously been considered radical views), the term "alt-left" appears primarily in social media and news reports as a term leveled against an inconsistently defined group of people with liberal ideologies in an effort to imply a parallel of extremism on both sides.

Use of the term "alt-left" gained ground quickly online (according to Google Trends charts) when conservative Fox News host Sean Hannity used the term in a debate with BuzzFeed writer Rosie Gray over media coverage of the so-called "alt-right". Searches for the term spiked again directly after Trump used it in his 14 August 2017 press conference:

It is unclear if Hannity himself coined the term, but we could not find widespread use of the term on reddit or 4chan, a web form popular with the "alt-right," prior to his 22 November 2016 use of it.

There was — prior to Hannity’s use of the term — a web site founded in 2015 ("AltLeft.com") that espouses a philosophy that it describes as "the left of the AltRight". It presents a philosophy ideologically closer to the actual alt-right than the "leftists" with which the alt-right stands in opposition, based on an archived version of the site:

The AltLeft exists in that small space where Ralph Nader and Pat Buchanan begin to meet. It’s that point in time where Mussolini ditched marxism and moved toward fascism. The question is, can the AltLeft be divorced from political correctness and white ethnomasochism?

This appears to be a small group, and is most likely not what Trump meant by the alt-left.

This does not mean that people who could be considered left-leaning do not use the term. For example, James Wolcott, a cultural critic for Vanity Fair, argued in March 2017 that "the 'alt-left' provides a mirror image distortion: the same loathing of Clinton, rejection of ‘identity politics,’ and itch for a reckoning". Here, as in nearly all of its other uses, however, it is a term leveled against a group from which the writer is separate. Washington Post reporter Aaron Blake articulated this in a 1 December 2016 story:

The difference between alt-right and alt-left is that one of them was coined by the people who comprise the movement and whose movement is clearly ascendant; the other was coined by its opponents and doesn't actually have any subscribers.

This differs substantially from the derivation of the term "alt-right", which was either invented or "co-invented" by white nationalist Richard Spencer. The term found a home on the internet in 2010 when Spencer founded the blog AlternativeRight.com. Though heterogeneous, the "alt-right" broadly represents a collection of far-right ideologies that primarily object to "multiculturalism" and support racially-based policies that explicitly and implicitly serve to benefit white people.

Put more simply, the term "alt-right" does refer to an actual movement, while the term "alt-left" is primarily a rhetorical device used either to imply an equivalency between radicals on the left and on the right or for left-leaning moderates to criticize those those who they see as spoilers.

However, now that the president has used the term, those with an interest in undermining the left or "antifa" groups (anti-fascist protestors) will likely push its use. Days after Trump's press conference, a reddit user created the forum /Alt_Left_Violence/ (which has no posts as of press time). Users of the 4Chan /pol/ forum, from which many dubious political blogs are sourced, have already promoted the term:

THE PRESIDENT HAS GIVEN US A LABEL TO USE

NOW IS OUR CHANCE, DON WENT UP TO BAT FOR US AND IS TAKING HITS FOR US, DON'T LET IT GO TO WASTE

REDPILL THE NORMIES ON THE ALT-LEFT

THEY ARE COMPARING THE ALT-LEFT TO WWII VETS

SHOW THEM THE TRUE FACE OF THE ALT-LEFT

FIRE UP YOUR SOCIAL MEDIA SOCK PUPPETS, SEARCH FOR THE TERM "ALT-LEFT"

LOOK FOR POSTS COMPARING THEM TO WWII VETS

The term will likely continue to be a moving target, depending on who the person using it is seeking to discredit, and thus cannot yet be accurately defined.

In fact, less than an hour after we originally posted this article, "alt-right" social media figure Mike Cernovich demonstrated its lack of meaning better than we ever could have in a tweet blaming a 17 August 2017 terrorist attack in Spain on the “alt-left” and conflating leftists with radical Islamic terrorists -- two groups that have absolutely nothing in common: