Fleas in two Arizona counties tested positive for the presence of the plague, but the risk to humans remains small. 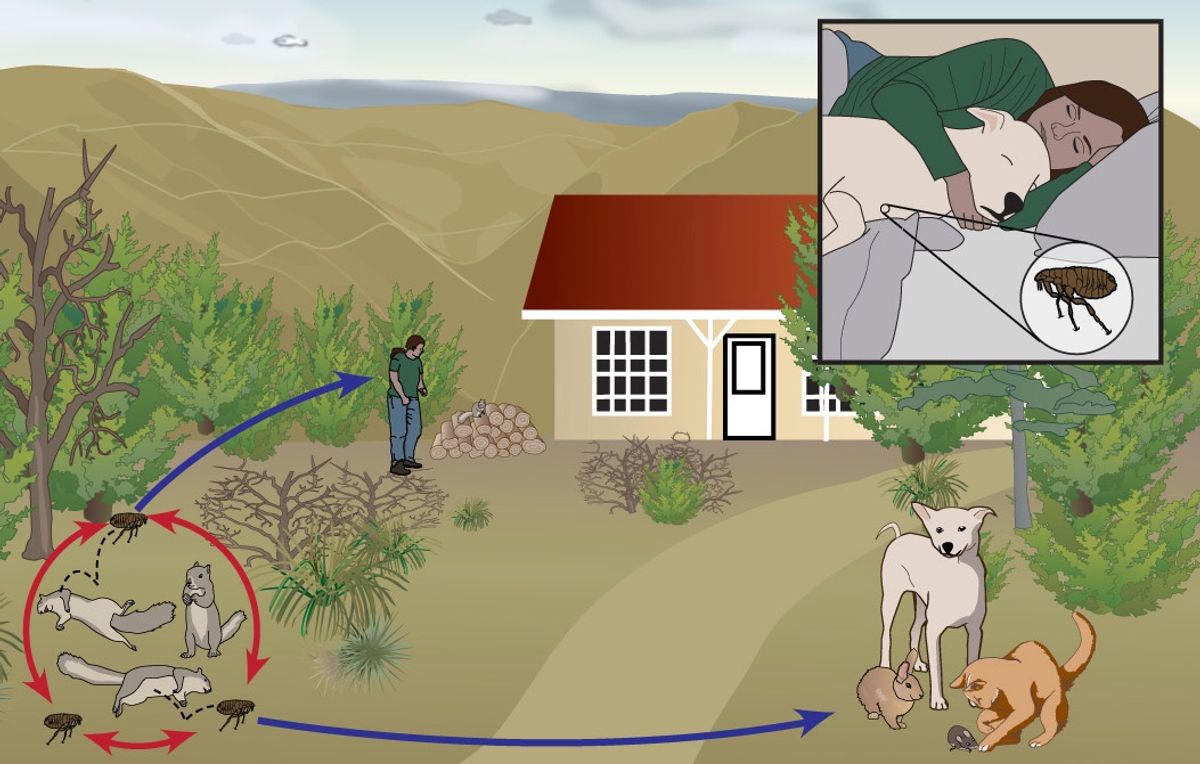 On 11 August 2017, public health officials confirmed the presence of fleas infected with the plague in two Arizona counties, Navajo and Coconico.

Navajo County released a statement on their Facebook page informing residents of the discovery:

The Navajo County Health Department (NCHD) advised locals to take precautions against infection and warned that "a sudden die-off" in small animal populations should immediately be reported to public health officials:

NCHD have notified the residents and the burrows, which are located on private property, which will be treated. The area will be closely monitored to determine if further action is required.

Navajo County Health Department is urging the public to take precautions to reduce their risk of exposure to this serious disease, which can be present in fleas, rodents, rabbits and predators that feed upon these animals. The disease can be transmitted to humans and other animals by the bite of an infected flea or by direct contact with an infected animal. To limit possible exposure, people are encouraged to avoid rodent burrows and keep dogs on a leash as required by Arizona State law.

Symptoms of plague in humans generally appear within two to six days following exposure and include the following: fever, chills, headache, weakness, muscle pain, and swollen lymph glands (called “buboes”) in the groin, armpits or limbs. The disease can become septicemic (spreading throughout the bloodstream) and/or pneumonic (affecting the lungs), but is curable with proper antibiotic therapy if diagnosed and treated early.

Although the disease's historical specter loomed large, its presence was neither novel nor cause for widespread alarm. The Washington Post reported that the illness has come and gone in various U.S. states since the 1920s:

Today, fatal human cases are rare, averaging just seven a year in the United States dating to the mid-1920s, when the disease swept through Los Angeles, the last significant outbreak in a major American city. Arizona, California, Colorado and New Mexico experience the highest concentration of cases, though since the 1970s, plague has appeared in Nevada, Oregon, Idaho, Wyoming and parts of western Texas.

Above all, put plague in perspective, says Dr. Dunavan. “I’m all for people becoming educated about different infectious diseases, but a report reminded me that in 2015, a ‘banner year’ for plague, we had 15 cases and 4 deaths throughout the U.S.,” she says. “That’s a significant mortality rate, but the number of total cases is also quite small. In terms of what kills people day in and day out, plague is very, very rare.”

Arizona was not the only state where public health officials confirmed the presence of plague-infected fleas in 2017. Two months earlier, the New York Times reported:

In 2015, an Oregon teenager was diagnosed with bubonic plague attributed to a flea bite acquired during a hunting trip.