The 20-year-old is accused of killing one person and injuring several others when he reportedly drove a car into a crowd of peaceful protesters. 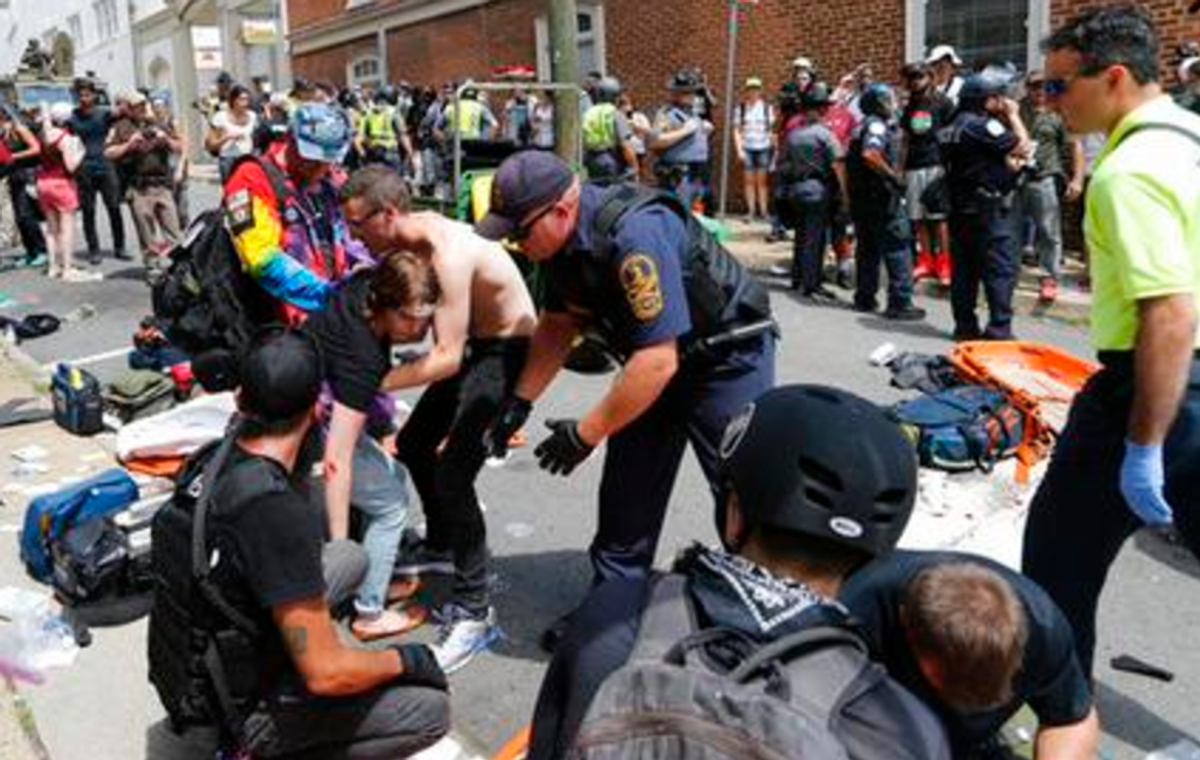 An Ohio man has been charged in connection with driving a car into a group of peaceful counter-protestors during a white nationalist rally on 12 August 2017, killing a 32-year-old woman and injuring at least nineteen others before backing away at top speed and driving off.

James Alex Fields, Jr., 20, faces murder charges and is being held without bail:

James Alex Fields Jr., of Maumee, Ohio, is charged with  second-degree murder, three counts of malicious wounding and failing to stop at the scene of an accident that resulted in a death, according to Col. Martin Kumer, superintendent of the Albemarle-Charlottesville Regional Jail, where Fields has been booked.

Kumer would neither confirm nor deny whether Fields’ charges were related to a car crash that killed a 32-year-old woman and injured 19 others, following an alt-right demonstration in downtown Charlottesville.

The hit-and-run took place in the middle of the "Unite the Right" rally in Charlotteville, Virginia, which from its beginning devolved into a white supremacist display complete with torches, swastikas, beatings, and racial epithets. Local news outlet The Daily Progress reported that local "white rights" organizer Jason Kessler has decried the violence, which began early:

Hundreds made their presence known Friday night as their carried torches across UVa Grounds to the Rotunda, which ended in violence and police declaring an unlawful assembly. It echoed a May 13 rally by white nationalists including Richard Spencer, leader of the so-called alt-right movement and a UVa graduate. Kessler was among that group, as well.

The stated goal of the Unite the Right rally is to defend Southern heritage, spurred by an effort by Charlottesville officials to remove a statue of Confederate Gen. Robert E. Lee from Emancipation Park. The park was renamed from Lee Park as part of a wider effort to retell the city's racial history. Removal of the statue is on hold as a result of a six-month injunction.

However, Kessler is reportedly already planning a 19 August 2017 event in Boston.

Two Virginia State Police were also killed during the rally when their helicopter crashed, which Associated Press reports was connected to the event:

State Police said in a statement that the helicopter was “assisting public safety resources with the ongoing situation” when it crashed in a wooded area. The pilot, Lieutenant H. Jay Cullen, 48, of Midlothian, Virginia, and Trooper-Pilot Berke M.M. Bates of Quinton, Virginia, died at the scene.

The identity of the woman who was killed has not yet been released pending notification of next of kin.