The short Facebook broadcast was hosted by the president's daughter-in-law, Lara Trump. 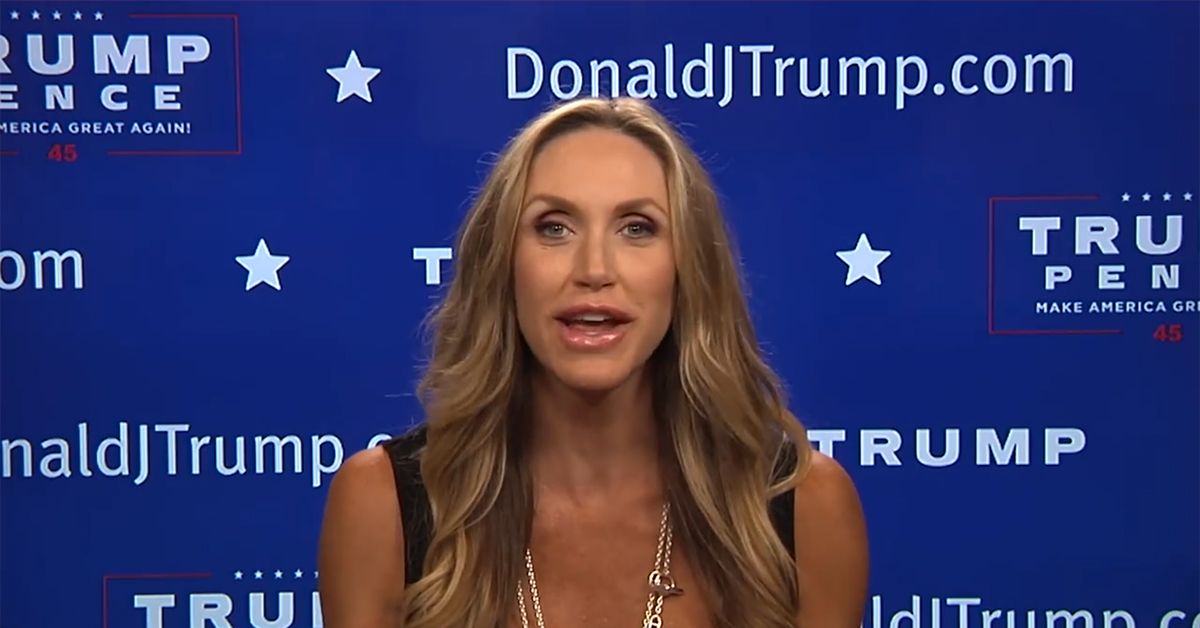 On 30 July 2017, President Donald Trump's Facebook page posted a short video devoted to what it calls "real news" about his administration. The broadcast was hosted by Lara Trump, who is married to the president's son Eric Trump, and began with a veiled insult against White House coverage by other news outlets:

I bet you haven't heard about all the accomplishments the president had this week because there's so much fake news out there. We wanted to give you a glimpse into his week.

However, it is unclear why this video was necessary, as each of the stories Trump went on to mention did receive coverage; for example, her first story concerned the president donating his second-quarter salary to the Department of Education.

But not only did she not specify the amount of the donation ($100,000), she — unlike other outlets —failed to mention that her father-in-law has proposed $9.2 billion in cuts to the same department.

Lara Trump also said, "the unemployment rate is at the lowest point that it has been since 2001" during the broadcast, a claim the president made on his Twitter account a day later.

"That is quite an incredible fact," she said after announcing this statistic.

But she failed to put this statistic into context, which is that unemployment has been experiencing a decline since October 2009, but that this specific claim is unproven. Data published by the Bureau of Labor Statistics (BLS) in July 2000 stated that the unemployment rate at the time was 4 percent.

The BLS has yet to release its findings for July 2017, but as of June 2017 the unemployment rate was at 4.4 percent, an increase of a tenth of a percentage point from the previous month.

The broadcast concluded with Trump saying, "Thanks for joining us, everybody. I'm Lara Trump, and that is the real news." The video has been viewed millions of times since it was posted.

We contacted the White House press office seeking more information, but were referred to Michael Glassner -- the executive director of the president's 2020 campaign committee -- for "campaign-related questions." It is unclear what the connection is between the show and Trump's re-election plans.

Added a response from the White House press office.