How Many Transgender People Currently Serve in the U.S. Military?

In the wake of an abrupt ban on transgender people in the military, both sides rushed in with numbers -- but what does the research say? 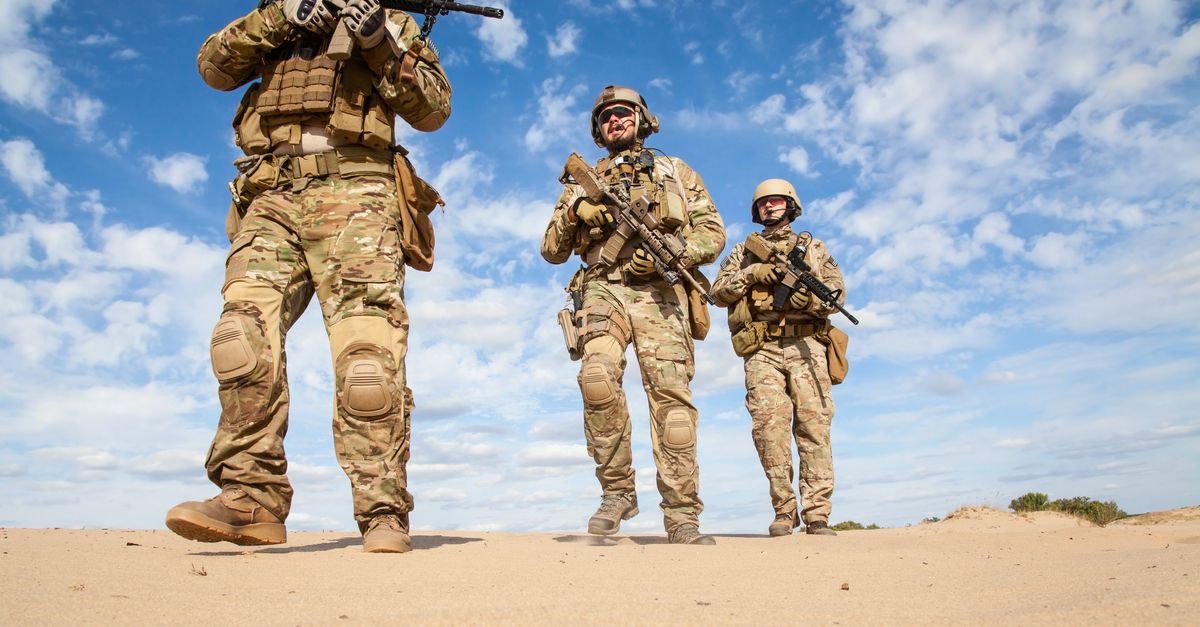 On 26 July 2017, President Trump announced a reversal of previous military policy through a series of morning tweets saying that transgender people could no longer serve "in any capacity." The announcement came almost one year after his predecessor's administration announced that transgender individuals would no longer be banned from serving openly.

In the wave of media attention that followed the announcement, many focused on exactly how many individuals the change in policy would affect -- with supporters of the ban claiming numbers in the hundreds, and detractors claiming numbers in the thousands or tens of thousands. For example, the web site Breitbart, which published a story in support of Trump's decision, reported:

There are very few “transgender” people. For example, advocates say from 250 to several thousand people in the military are trying to live like members of the other sex in a military population of 1.3 million full-time soldiers, sailors, marines and air force personnel. Fewer than o.3 percent of Americans wish to live as members of the opposite sex.

How many transgender people really are serving in the U.S. military? And is it possible to know?

The two most-cited studies on this number come from the University of California Los Angeles (UCLA) and the Rand Corporation, a policy think-tank. The 2014 UCLA study estimates that 15,500 transgender service members to be enlisted on active duty, in the reserves, and in the National Guard. That same study estimated 134,300 transgender people are veterans or retired from the armed forces.

However, Jody Herman, researcher and scholar at the Williams Institute at the UCLA School of Law, who coauthored the 2014 study, said no one knows for certain how many transgender people serve in the military because there's an information vacuum about the demographic in general:

The way we learn about the population is through federally-administered national surveys like the U.S. Census and the American Community Survey. None of those surveys ask questions to identify transgender people, so we are left with a vast lack of data at the national level.

The Department of Defense commissioned the Rand Corporation to perform a study that was published in 2016. The Rand study estimated a range of between 1,320 and 6,630 transgender personnel actively serving, and anywhere from 830 to 4,160 serving in the reserves. But Rand cautioned that the estimates are just that and should be viewed with caution because there is very limited data about transgender people in both the general population and the military.

When we asked the Department of Defense for figures on transgender people currently serving, we received a prepared statement from Director of Defense Operations Capt. Jeff Davis referring us to the White House:

We refer all questions about the President's statements to the White House.  We will continue to work closely with the White House to address the new guidance provided by the Commander-in-Chief on transgender individuals serving the military.  We will provide revised guidance to the Department in the near future.

The latest analysis, published last year by UCLA researchers, estimated that nearly 150,000 transgender people have served in the military, or about 21% of all transgender adults in the U.S. By comparison, 10% of the general population has served.

The findings have pumped new life into a theory that Brown developed to explain what he had witnessed. In a 1988 paper, he coined it "flight into hypermasculinity."

His transgender patients told him that they had signed up for service when they were still in denial about their true selves and were trying to prove they were "real men."

Up until 2010, gay, lesbian and bisexual people were prohibited from openly serving in the military, but that practice ended with the repeal of a law known as Don't Ask Don't Tell. For years the Pentagon has been studying the effects of allowing transgender people to serve openly. In 2015, then-Defense Secretary Ash Carter called the ban "outdated." Both the Rand study and a 2013 study by the Williams Institute projected that health care costs related to gender-related treatments would be negligible.

Citing unnamed defense officials, the Associated Press reported on 23 June 2017 that 250 service members have already begun the process of transitioning to the gender they identify with after the ban on their open service was lifted in 2016 (which might explain where Breitbart's number comes from). The AP also reported that Defense Secretary Jim Mattis would give military chiefs another 6 months to further study Obama's policy allowing transgender people to serve openly in the military but said those currently doing so wouldn't be affected. Mattis gave the chiefs until 1 December 2017 to complete their reviews.

In a memo obtained by the AP that was sent to military chiefs and secretaries announcing the delay, Mattis wrote:

After consulting with the service chiefs and secretaries, I have determined that it is necessary to defer the start of accessions for six months. We will use this additional time to evaluate more carefully the impact of such accessions on readiness and lethality.

Attorney, Marine Corps veteran, and military law expert Gerry Healy told us there isn't enough information available to know what prompted the president's decision and what the reverberations will be -- but he said the issue has been studied and debated among the ranks for years. Reaction to it from a legal standpoint will depend on how the policy reversal is rolled out. Healy told us:

The Department of Defense has not done anything yet and you cannot sue unless there's an actual regulation in place. You can’t sue based off a tweet. Once the regulation comes down and if there’s mandatory discharge immediately retroactive, all hell is going to break lose. But if it’s just simply proactive so that the military can ask a question, and depending on the answer, that could bar an individual, then there has to be someone who can say that but for the fact they’re transgender they would have been a marine or sailor or airman, and that’s a much harder thing to do. We’ll see what regulation comes out -- it will get sticky if it’s retroactive.

Ultimately, said Mara Keisling, executive director for the National Center for Transgender Equality, it doesn't matter how many transgender people are enlisted. She believes the policy reversal is more about discrimination than the costs cited in the president's tweet:

There's nothing here but animus, bigotry and scapegoating a marginalized community. This is about finding people who were willing to serve their country and put their lives on the line and we should honor every one of them.

A year ago these people were told they could serve openly and now they’re being told they’re going to be thrown out. It's worse than Don't Ask Don't Tell -- it’s more like, don’t serve and don’t let the door hit you on the way out.

Zarembo, Alan. "Why Do Transgender People Join the Military in Such High Numbers?"   The Los Angeles Times. 4 September 2015.