Did National Public Radio Suppress an Interview With Milo Yiannopoulos?

The commentator claims that the public radio network nixed an interview with him because he was "too articulate". 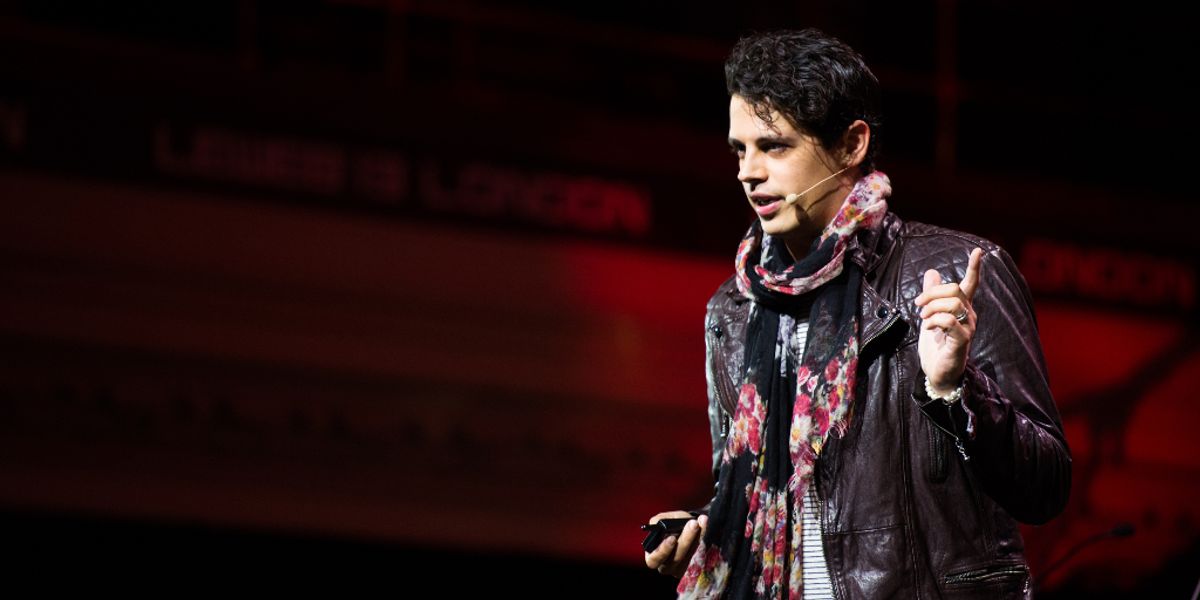 On 18 July 2017, alt-right commentator Milo Yiannopoulos claimed that National Public Radio had suppressed an interview he conducted with a Connecticut NPR member station, simply because he spoke too reasonably and articulately for their liking. Yiannopoulos told Breitbart:

It’s perfectly obvious from the constantly shifting deadline from NPR producers and the line of questioning from the host that they were expecting a low-rent troll — someone who would assure the broadcaster’s ossified audience that anyone sympathetic to the President must be a redneck or an idiot.

What they got was me: an articulate, New York Times bestselling author in complete command of his material. If America were finally to hear a provocative, intelligent, fabulous but eminently reasonable gay free speech crusader who leans to the Right — yes, I’m still talking about myself — it would be devastating to the Left’s speech codes and dedication to political correctness and identity politics. So NPR did the only thing they could in the circumstances to protect the narrative: they nixed the interview.

On the same day, Yiannopoulous posted a video of the interview to his YouTube channel.

After publication of this article, WNPR broadcast about half its interview with Yiannopoulos, and released the full interview on the WNPR Soundcloud channel.

The interview was recorded on 10 July 2017, and was conducted by Colin McEnroe, host of a daily show on WNPR, a Connecticut NPR member station. It was a remote interview: McEnroe was located in the WNPR studio, while Yiannopoulos was located in an NPR studio in Manhattan.

Renting out its studio in New York City was the only role that the National Public Radio network played in this episode. A spokesperson for NPR clarified to us that "NPR member stations are editorially independent". So Yiannopoulos' claim that NPR, as opposed to WNPR, suppressed the interview, is wrongly directed.

These e-mails establish the following:

Yiannopoulos' representative also sent us what was presented as a quote from an e-mail sent by a second WNPR producer to a second Yiannopoulos representative, "a few days before" 18 July 2017. (We did not see a screenshot of the message.) In it, the WNPR producer is quoted as saying that the interview's broadcast had been pushed back to August, but without providing a specific date.

We sent a similar set of questions to Colin McEnroe, the WNPR presenter who recorded the interview in question. In response, he explained that the pushing back of the interview's broadcast was the result of having to juggling the show's schedule — standard practice for any radio show:

It's not unusual for us to reschedule episodes. Today's episode, just for example, finally got on the air after having been scheduled on — and bumped from — three other dates....

We try to stay in touch with people about schedule changes, but with five shows a week and occasional last-minute decisions because of breaking news, we do a lot of juggling. I don't know how perfect a job we did of keeping Milo's people in the loop. I know they talked to two different producers who may have had slightly different ideas about the twists and turns in our calendar.

McEnroe added that the interview was not aired on 11 July 2017 as originally expected, primarily because he and the show's producers needed additional time to do some fact-checking:

When the interview was over on July 10, we wanted some time to review it and make sure we did not air something that wasn't true.

McEnroe specifically highlighted claims that Yiannopoulos made during the interview about sales of his book Dangerous. The accuracy of such claims has been challenged by news outlets including the Guardian, Salon.com, and Publishers Weekly.

He also told us that the interview would be broadcast during the week of 24 July 2017, adding: "It was never our intention not to air it."

It is within the realm of possibility that WNPR have been delaying broadcasting the interview because, as Yiannopoulos claims, they were disappointed by how "provocative, intelligent, fabulous but eminently reasonable" he appeared. However, representatives for Yiannopoulos did not provide any evidence showing that this was the motivation behind the two delays that had taken place before he made the claim of suppression.

In fact, e-mails provided by his representatives show that one producer explained at the time that the first delay was caused by the fact that WNPR had brought forward the expected interview date to accommodate Yiannopoulos' travel plans.  The show's presenter Colin McEnroe also gave us a second reason for that delay. On the whole, the pattern of delays is entirely consistent with standard broadcasting practice.

After this article was originally published, WNPR did indeed broadcast about half the interview with Yiannopoulos on the Colin McEnroe Show on 24 July, and released the full interview on WNPR's Soundcloud channel.