While the series was written during the current political climate, writer Matteo Pizzolo says it is not a "Trump hit job." 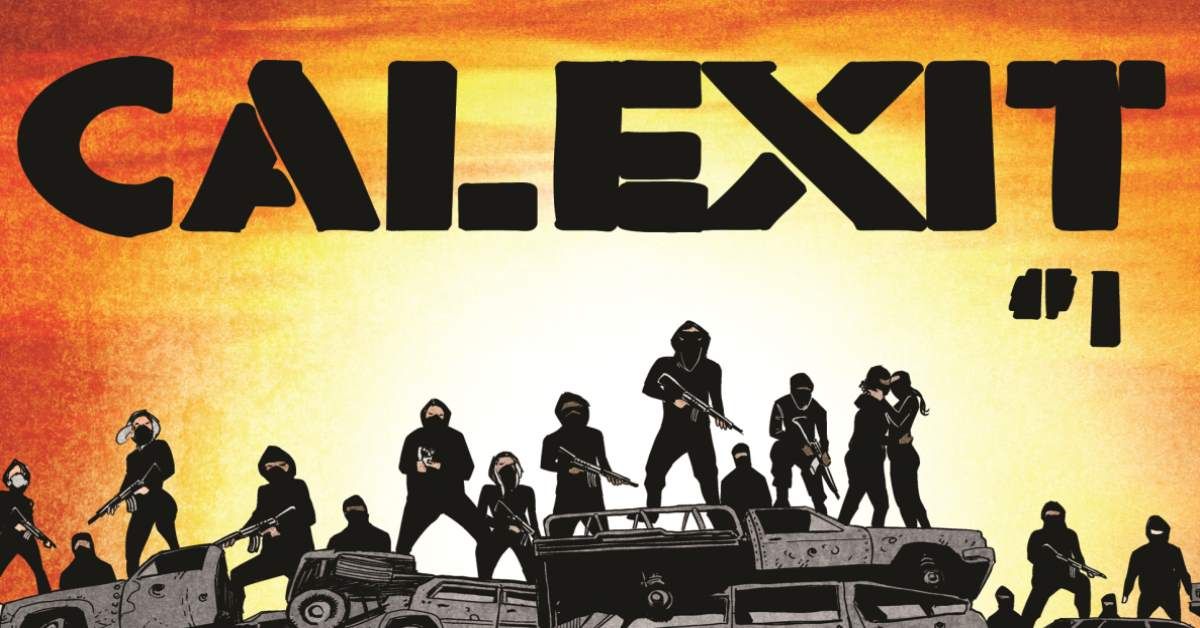 A comic book ripped straight from the headlines of 2017 details what could potentially happen should California break off from the United States.

Set in the near future, Calexit was co-created by writer Matteo Pizzolo and and artist Amancay Nahuelpan. It depicts divisions within not only the United States, but within California itself: while several major cities are under occupation by the National Guard, other regions enact a blockade to keep them from receiving supplies from their allies, a group of cities who have dubbed themselves the Pacific Coast Sister Cities Alliance.

Pizzolo told us that while the concept (inspired by the state's ongoing drought) was conceived and developed prior to the 2016 presidential election, the story was scripted and drawn during President Donald Trump's administration. The first issue, released in July 2017 by Black Mask Comics, opens with a Trump-like figure promoting a visit to the dissident state by promising: "I'm not gonna let murderers and illegals hold you down."

But according to Pizzolo, the series is not an "anti-Trump polemic":

We're doing a nod to who the president is. We're not running away from the fact that it obviously is inspired by the current president, but we are just setting up the place and time of it as being the present and the current political context. We are trying to be cautious to not let it descend into being a Trump hit piece, because that's not what it is.

Similarly, while the series was first announced in January, it was named prior to the development of the Yes California Independence Campaign, which promoted itself with the tag #CalExit.

Louis Marinelli, founder of the campaign — which had been collecting signatures in support of a ballot measure calling for secession — abruptly stopped his efforts in April 2017 and announced that he would be relocating full-time to Russia, where he had already been living on a part-time basis. A separate organization, the California National Party, still supports the idea that the state should leave the U.S.

For his part, Pizzolo said:

I don't have a position on whether California would secede, but my feeling is that there would be a civil war in California if we were to secede.

He expanded on the idea in an essay published in the first issue:

Lots of people think about California strictly in terms of the (generally liberal) metropolitan cities, but that’s a geographically tiny portion of the state. Political views get more complicated as you leave those major cities and head into the parts of the state with all the water and pipelines and agriculture that the cities rely on. Add immigration into the mix? Powderkeg. Political passion/rage is as bipartisan in California as it is in the rest of the country.

In fact, California might just be a pretty good microcosm of the country as a whole.

I don't want anyone to put the book down more depressed than when they picked it up. I felt that having the optimistic and constructive non-fiction in the back is a good complement that hopefully will leave people feeling energized after reading it.