Stan Romanek, a prominent self-proclaimed "alien abductee", says his computer was hacked in a government conspiracy to silence him. 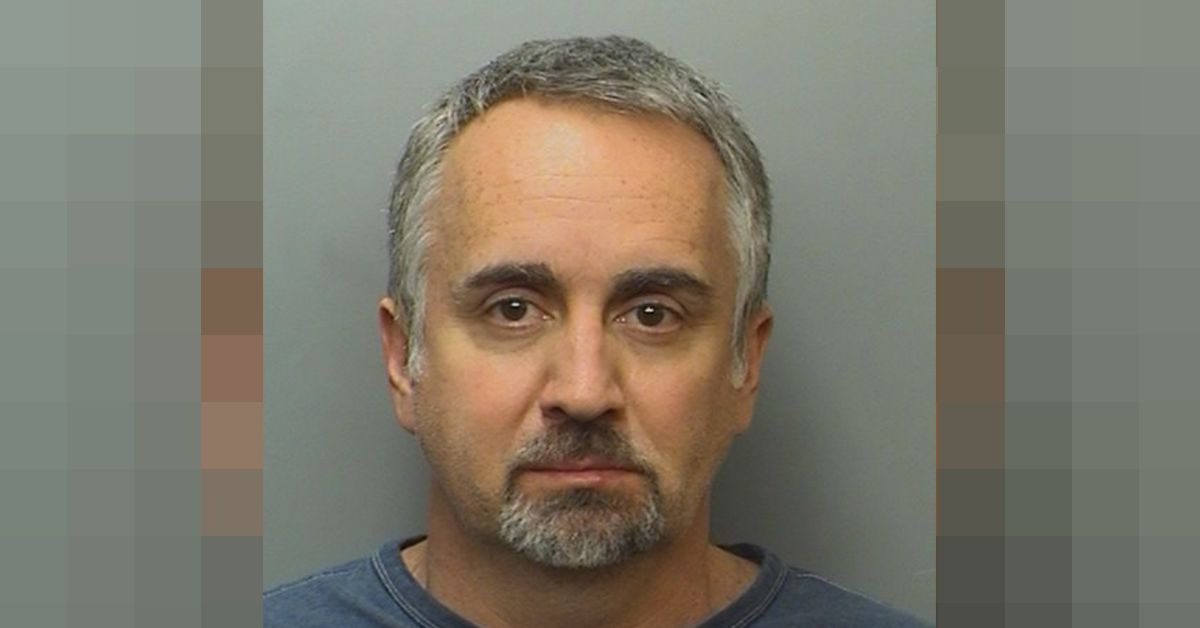 Stan Romanek, a prominent 54-year-old UFO enthusiast who claims to have been abducted by aliens "several times", is set to face trial in Colorado on charges of possessing and distributing child pornography.

Romanek gained a certain newfound renown ahead of his 31 July 2017 trial date when Netflix released a feature-length documentary recounting 15 years' worth of alleged extraterrestrial and supernatural encounters. Extraordinary: The Stan Romanek Story was originally made in 2013 by Seattle director Jon Sumple but not added to Netflix until July 2017, which in turn exposed the documentary — and the man — to the streaming website's nearly 100 million subscribers.

The film is a series of vignettes without voiceover narration (all of which are presented as "mesmerizing" evidence) dating back to 2000. In dozens of home videos, photographs and interviews, often accompanied by dramatic classical music, director Jon Sumple presents "evidence" of unidentified flying object sightings, encounters with little green men in Romanek's home, flying orbs, ghostly voices, and the purported alien abductions that have brought him public attention in the past.

The body of evidence is primarily made up of easy-to-fake, even occasionally laughable images of aliens and mysterious faces appearing in the background of photos; "lights in the sky" with mundane likely explanations; and the standard material of UFO hoaxes: lawn circles, abduction flashbacks revealed under hypnosis, and "abduction" wounds.

Indeed, Romanek's claims have been challenged or debunked on a few occasions. In 2009, he was asked by ABC News to submit a purported alien implant in his leg to medical examination. When the time came, Romanek claimed it had disappeared from his body. The Rocky Mountain Paranormal research group recreated a famous video produced by Romanek, purporting to show a little green man peeking in his window. The groups claims they reenacted the video for $90. And in 2015, Romanek was forced to admit that he faked "moving objects" that appeared in the background of an earlier interview.

In a further twist, he explained the hoax by claiming that authorities had intimidated him into discrediting himself:

This particular UFO yarn goes beyond the norm, however. As if to address the obvious question as to why Romanek has been singled out for attention by extraterrestrial visitors over the years, the documentary presents a bizarre narrative, with the 54-year-old at the centre of a shady benevolent conspiracy to protect him from his own stubborn curiosity, after he moves into the "backyard" of a group of aliens in Colorado Springs.

This is manifested in a series of phone conversations with a disembodied woman's voice, in a clipped, upper-class English accent, who addresses Romanek with the apparent codename "Starseed."

"Now listen, Starseed," the voice says, "You know you are different. Follow your instincts and stay alert. This is too important. Soon it will all be revealed. And Starseed, do not be afraid of what you are."

At the same time, Romanek presents himself as being the target of an equally shady conspiracy to silence him, finding himself victim to hacking, harassment, intimidation and even assault. There are fleeting visits and phone calls from mysterious little girls. One, named "Kioma", introduces herself as one of Romanek's nine alien daughters, seven of whom are duplicates. At the documentary's conclusion, Stan Romanek is presented as a prophet of sorts, whose mission is to convey a "spiritual message" from a group of extraterrestrials in order to help humanity evolve.

The movie's epilogue is therefore all the more jarring: "On February 13, 2014," a subtitle reads, "Stan Romanek was arrested on child pornography charges."

'Several of these girls are very young and unmistakably children' Romanek and his wife Lisa deny the charges, and have claimed their home computer was hacked in an effort to silence him and warn other "experiencers" (alien abductees) not to speak out. Authorities tell a different story. "Romanek was arrested on a warrant that was issued on February 12, 2014," a Loveland, Colorado Police press release reads:

The warrant was further progression of an eight month long investigation of the online sharing and possession of child pornography that included the execution of a search warrant in April 2013. The search warrant was executed at Romanek's home and followed several tips that were provided by Homeland Security that were then investigated further by Loveland Police detectives and the Northern Colorado Regional Forensics Laboratory.

In 2008, Homeland Security Special Agent Darrel Franklin discovered images traced from a peer-to-peer file-sharing network to Romanek's IP address, which showed "very young girls being sexually assaulted," according to a Loveland Police report cited in a Huffington Post investigation. Local law enforcement were hamstrung in their ability to investigate further, however, because Loveland Police did not have a cyber crimes unit at the time.

In 2013, Franklin allegedly found child pornography once again could be traced to Romanek's computer. The report reads:

The pictures contained images of girls that spanned an age range of approximately 5 years old to approximately 12 years old. In each of these photos, the girls are posed in a seductive manner and are exposing their breasts and genitalia. Several of these girls are very young and unmistakably children.

This time, the recently-established cyber crimes unit was able to serve a search warrant on the Romaneks' home in April of that year, but lead investigator Brian Koopman found the computer's hard drive had been erased. However, investigators later reportedly found hundreds of images depicting child pornography on USB sticks and similar videos on a laptop, and Romanek was arrested in February 2014.

The Trials of Detective Brian Koopman

That erased hard drive prompted the next bizarre chapter in the saga, when it emerged that Tammy Fisher (a former Loveland police officer) had befriended the Romaneks during 2012 and 2013, and had met with them as well as exchanged text messages with Lisa Romanek "at critical times" during the child pornography investigation.

Koopman suspected that Fisher had tipped off the Romaneks to an impending search of their home, culminating in the hard drive being wiped; he subsequently applied for a search warrant on Fisher's phone records, but the investigation of his former colleague did not progress.

Fisher then sued Koopman and Loveland Police Chief Luke Hecker alleging malicious prosecution without probable cause, and accused Hecker of improperly training and supervising Koopman. After a protracted legal battle, the US Court of Appeals for the 10th Circuit ruled in May 2017 that a District Court had been right to dismiss Fisher's case.

Adding fuel to the Romaneks' claims of police and government corruption and cover-up, Detective Brian Koopman has been the subject of other allegations in the intervening years. In April 2016, he was eventually cleared on charges of attempting to influence a public official as part of a 2013 murder investigation, the Loveland Reporter-Herald reported:

The testimony in question is one in which Koopman discussed a Walgreens surveillance video in a preliminary hearing to establish probable cause for the stalking charge pressed against Wallace. Koopman said during the September 2014 hearing that Wallace was in the store at the same time that Gray and her friend Gabrielle Burlingham were, approximately three days before Gray was murdered in her home.

He filed a corrective affidavit on the same day Wallace pleaded guilty. Prosecuting attorneys argued he lied in that document when he stated the various reasons for his initial inaccurate testimony.

In January 2017, a U.S. District Court judge dismissed a long-running lawsuit against Koopman by Joshua Myers, who claimed the detective violated his constitutional rights during a 2007 arrest on suspicion of running a meth lab when Koopman was an investigator in the Larimer County Drugs Task Force.

The investigation collapsed and Myers was released after a lab test revealed that a substance seized during the arrest was sugar, not methamphetamine.

Stan Romanek has pleaded not guilty to the charges against him. His wife Lisa has vowed to make extraterrestrial conspiracy theories a part of the trial, saying "We will be taking UFOlogy into the courtroom." It remains to be seen whether Romanek's attorneys will also make the trials of Brian Koopman a part of the defense.