Was a Veteran's Body Displayed Without a Coffin?

A Georgia funeral home said that was true, but that they were following the deceased's wishes and had nothing to do with money, as family members contend. 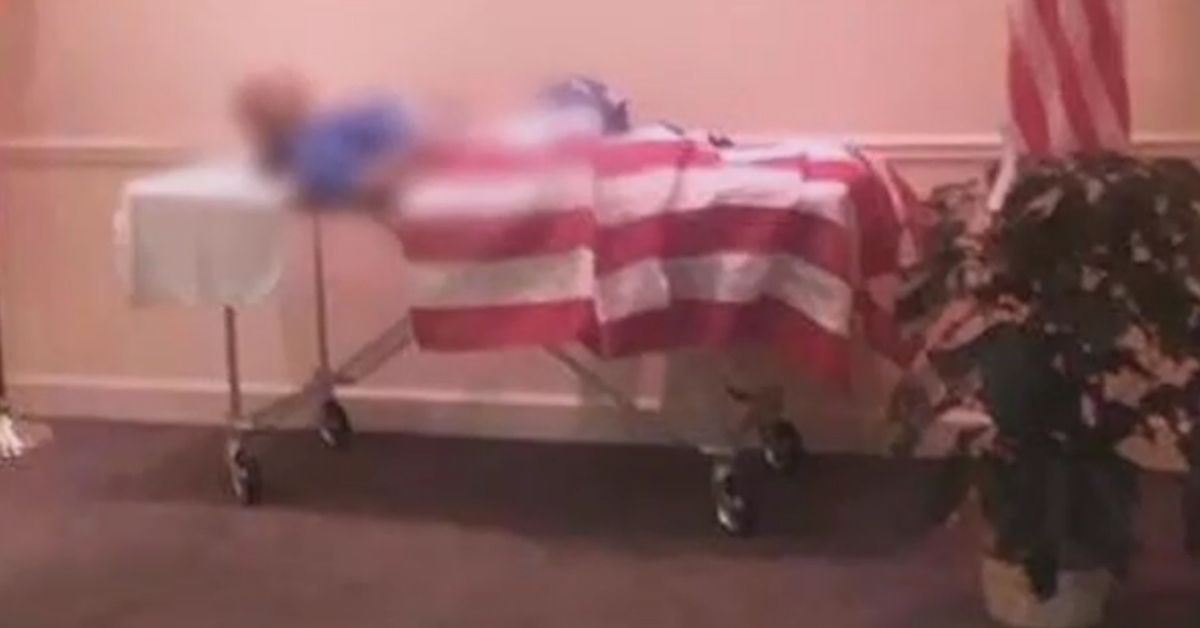 A funeral home in Fort Oglethorpe, Georgia was targeted for criticism after a bereaved family member posted a picture of their father being displayed for visitation without a coffin.

The photo, which was posted on 11 May 2017, shows George Luther Taylor lying on a gurney at Heritage Funeral Home with an American flag draped over him. Taylor, a U.S. Army veteran, had died three days earlier at 71. The image was shared thousands of times on social media.

Taylor's son, James Leon Taylor, accused the facility of holding up his father's burial because they didn't have enough money:

They did say that until the $9,000 that they were charging us for the casket and everything; it had to be paid before we could put him into the ground at the National Cemetery. It's a little bit of disrespect to my family because we want him buried. We don't want him in the freezer you know. We may not have the money to pay [for] it, but you know they can help us out a little bit on that.

That argument was disputed by Beverly Roe, who identified herself as the elder Taylor's sister-in-law. She said that both she and James Taylor "shook on it" with Heritage staff to indicate their approval of the display. The funeral home concurred with Roe, saying that how Taylor's body was displayed was according to the deceased's wishes, and that it had nothing to do with money.

Heritage's managing director, Ben Friberg, told us on 15 May 2017 that the display, which included a U.S. Army banner in the visitation room, was presented with the family's consent. He said Heritage offered several options to Taylor's family, adding:

After much discussion, they confirmed that that's what they wanted. They thought it was very honorable.

Friberg added that when a family comes to them to arrange funeral services, that "if by chance money is an issue, I want that family to stay well underneath [their budget]."

The elder Taylor's body was later placed inside a casket. Friberg said there was never a point at which the Vietnam War veteran was in danger of not receiving a proper burial. His body was laid to rest on 12 May 2017 at the Chattanooga National Cemetery.

Friberg did not comment on reports that Heritage staff members had received death threats. He did say, however, that "the hearts of the staff here are shattered" by what he called media misrepresentations of their arrangements for Taylor's family.

He said: "In 50 years of serving our community, money has never once been the reason our family has been unable to serve another family."