Organizers demanded that the right-wing author's appearance be rescheduled outside of "dead week" on campus. 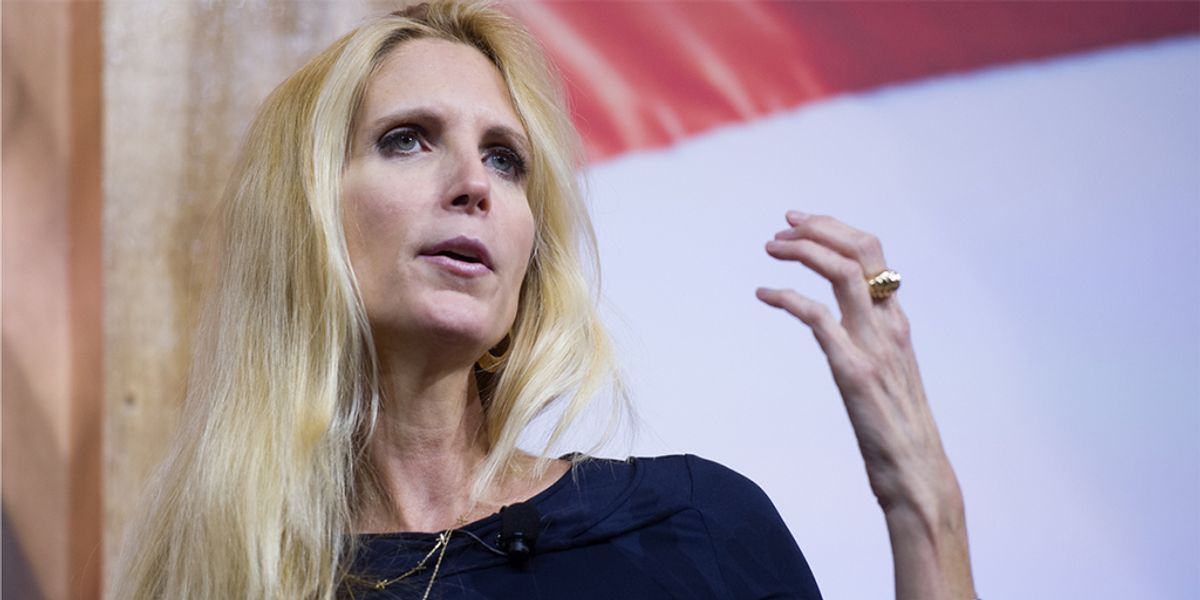 Coulter told the Washington Post on 26 April 2017 that she would not appear, saying that one of the organizers, the Young America's Foundation, "ordered" her not to appear on campus.

Two days earlier, the foundation and the Berkeley College Republicans (BCR) and the announced that they were suing several university officials, accusing them of trying to "restrict conservative speech" on the campus by offering to reschedule Coulter's appearance from 27 April 2017 to the following Thursday.

Coulter later tweeted that the foundation "acquiesced" to the university.

The two conservative groups worked with the non-partisan group BridgeUSA to book Coulter. Chancellor Nicholas Dirks said in a 20 April 2017 statement that officials, citing security concerns, instead proposed she appear on 2 May 2017 at some unspecified venue "on campus property":

This university has an unwavering commitment to the First Amendment of the Constitution, which enshrines and protects the right of freedom of speech and freedom of expression. As the home of the Free Speech Movement, we fully support the right and ability of our students to host speakers of their choice, and we believe that exposing students to a diverse array of perspectives is an inherent and inseparable part of our educational mission.

We also have an unwavering commitment to providing for the safety and well-being of speakers who come to campus, our students and other members of our campus and surrounding communities.

While there may, at times, be a tension between these two paired commitments, we cannot compromise on either. In that context, Ms. Coulter’s announcement that she intends to come to this campus on April 27 without regard for the fact that we don’t have a protectable venue available on that date is of grave concern. Our police department has made it clear that they have very specific intelligence regarding threats that could pose a grave danger to the speaker, attendees and those who may wish to lawfully protest the event. At the same time, we respect and support Ms. Coulter’s own First Amendment rights.

Given our serious reservations and concerns regarding Ms. Coulter’s stated intentions, last night I asked my staff to look beyond the usual venues we use for large public gatherings to see if there might be a protectable space for this event that would be available during the compressed, and extremely busy, window of time between now and the end of the academic year.

Fortunately, that expanded search identified an appropriate, protectable venue that is available on the afternoon of May 2. While it is not one we have used for these sorts of events in the past, it can both accommodate a substantial audience and meet the security criteria established by our police department. Earlier today, we informed both the Berkeley College Republicans and the Coulter organization of this development, and we look forward to working with them. We will disclose the exact location of the venue once we have finalized details with both organizations.

The school also cited the uproar that surrounded a planned 1 February 2017 appearance there by another right-wing speaker, Milo Yiannopoulos. Yiannopoulos' speech, also sponsored by the Berkeley College Republicans, was canceled after a protest.

But Coulter rejected the alternative date, writing that UC Berkeley had imposed "new, more burdensome conditions" on her constitutional rights.

The two conservative organizations who booked Coulter then gave the university until 5 p.m. PST on 21 April 2017 to honor the original booking under threat of a lawsuit in federal court. Attorney Harmeet Dhillon, who is also a member of the Republican National Committee, is representing the groups. In a letter to Vice Chancellor Stephen Sutton, Dhillon called the university's offer to reschedule Coulter "transparently insincere" because it would place her appearance in the middle of the campus' "dead week," when classes are suspended to allow students time to prepare for final exams:

It is ironic that UC Berkeley, known to many Americans as the birthplace of the free speech movement, is now leading the vanguard to silence conservative speech on campus. Surely a public institution of higher learning should be a crucible of challenging ideas and thought, not a kindergarten where wards of the state are fed a steady diet of pasteurized pablum.

A university spokesperson, Dan Mogulof, provided us with a copy of their response to Dhillon, sent on 21 April 2017. The university's chief counsel, Christopher M. Patti, stated in the letter that BridgeUSA and BCR scheduled Coulter's speech without notifying the school or "obtaining [a] safety review" from campus police. The "specific intelligence" authorities received, Patti argued, signaled that many of the groups involved in a violent encounter the previous week between anti-fascist groups and self-identified "nationalists" would seek to converge on Coulter's appearance.

Patti wrote to Dhillon: "We are dismayed that your letter suggests a disregard of the professional judgement of law enforcement regarding security concerns, but we are stand ready to work with BCR to find a date, time, and venue where its rights and campus security can be maximized."