The British tabloid admitted claims about the First Lady's having worked for an escort service were "not true." 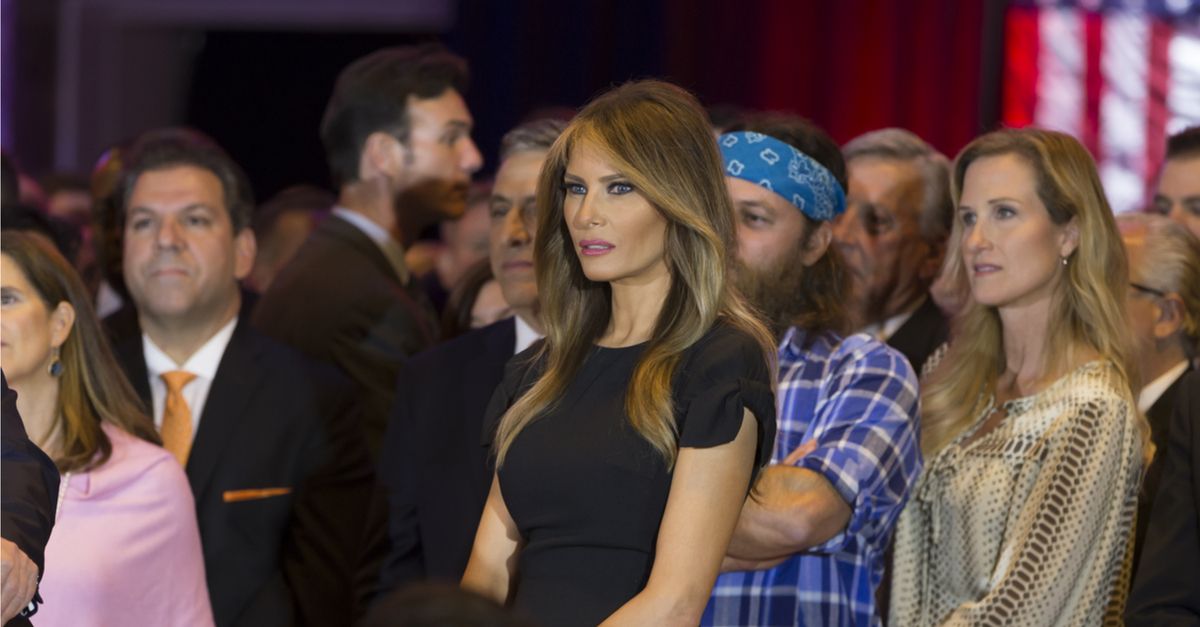 The publishers of the British tabloid Daily Mail and its online counterpart, the MailOnline, have settled two lawsuits filed by Melania Trump, wife of U.S. President Donald Trump, over assertions the newspaper made that the professional modeling agency Mrs. Trump worked for in the 1990s had also been an escort service. The settlement reportedly involved the publishers, Associated Newspapers, agreeing to pay the First Lady $2.9 million in damages and publish a retraction and apology.

An Aug. 20, 2016, feature on Mrs. Trump by the newspaper included “false and defamatory claims about her which questioned the nature of her work as a professional model and republished allegations that she provided services beyond simply modeling.”

According to The Independent, "the amount the newspaper will pay in damages was not disclosed in court, but it is believed that Associated Newspapers have agreed to pay less than $3 million in damages and legal fees to Mrs. Trump."

The retraction, to be published in the Daily Mail and MailOnline, reads as follows:

"The Daily Mail newspaper and the Mail Online/DailyMail.com website published an article on 20th August 2016 about Melania Trump which questioned the nature of her work as a professional model, and republished allegations that she provided services beyond simply modelling. The article included statements that Mrs Trump denied the allegations and Paulo Zampolli, who ran the modelling agency, also denied the allegations, and the article also stated that there was no evidence to support the allegations. The article also claimed that Mr and Mrs Trump may have met three years before they actually met, and ‘staged’ their actual meeting as a ‘ruse’.

"We accept that these allegations about Mrs Trump are not true and we retract and withdraw them. We apologise to Mrs Trump for any distress that our publication caused her. To settle Mrs Trump’s two lawsuits against us, we have agreed to pay her damages and costs."

In addition to the Daily Mail, the First Lady also sued an individual who repeated the claims in a blog post:

In September [2016], Mrs. Trump sued The Daily Mail in Montgomery County, Md., and in London, and the tabloid quickly published a retraction.

After the Maryland court dismissed that case, saying it did not have jurisdiction, Mrs. Trump filed a new case in February, in New York ... Mrs. Trump also sued a Maryland blogger, Webster Tarpley, who published claims like those cited by The Daily Mail and agreed to pay a settlement.

The Daily Mail's settlement with Melania Trump resolved litigation both in the United States and the UK. In February 2017, the editors of the online encyclopedia Wikipedia banned the use of the newspaper as a source in all but "exceptional" circumstances, ruling that the Mail was "generally unreliable."