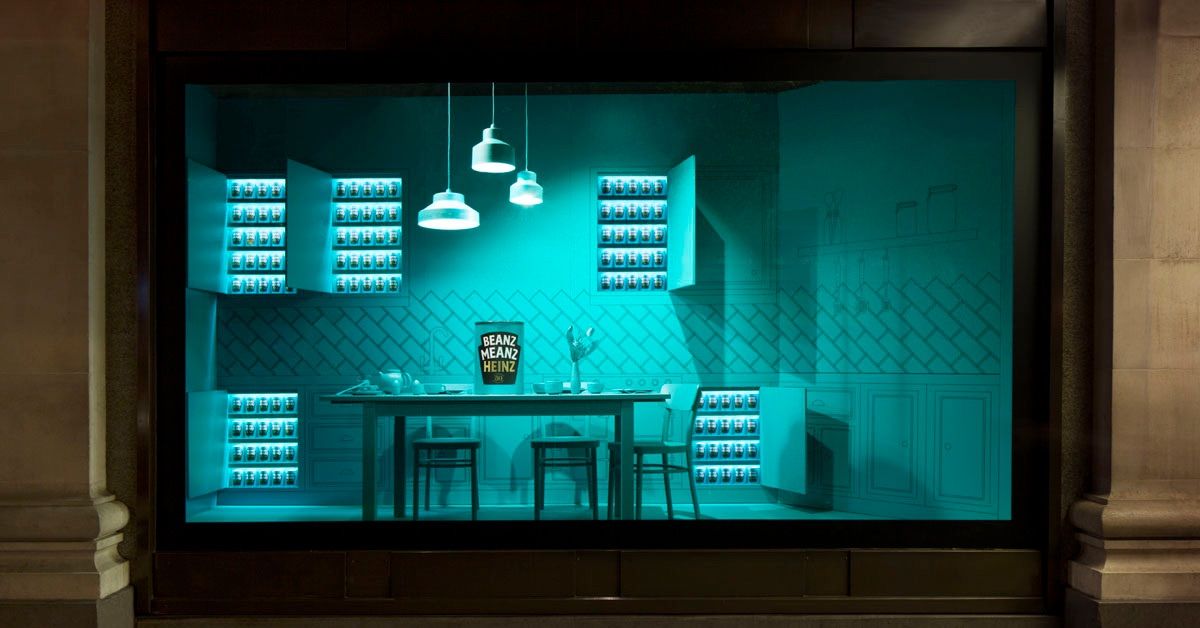 Heinz's take on the iconic British foodstuff baked beans is getting a makeover with the launch of a pop-up cafe in the Selfridges department store.

Heinz Baked Beans are a longtime staple of British cuisine, and a March/April 2017 press release from Selfridges announced it was marking the anniversary of the brand's slogan. In addition to "limited edition" cans of the product, the pop-up cafe will offer several twists on plain baked beans for one month:

To honour the creator of the campaign's famous slogan, Heinz has also produced 50 collectable cans for Heinz Beanz super fans (available at Selfridges London and selfridges.com). Each can is numbered between one and 50 and has been personally signed by Maurice Drake, the advertising copywriter who came up with the slogan back in 1967.

And that's not all, visit The Foodhall on G at Selfridges Oxford Street, London, from 27 March – 23 April to enjoy modern twists on the much-loved staple at the Beanz Meanz Heinz pop-up bar. Dishes include Beanz with crispy bacon, Beanz with smoked ham hock and Beanz with scrambled egg, at £3 each. The Beanz Means Heinz bar will be open from 9am–7pm Monday to Saturday and 11.30am–6pm on Sundays.

On 8 April 2017, Business Insider UK published a video of the various options available at the Heinz cafe:

TimeOut London illustrated the Heinz pop-up cafe with an image, and reported that some of the items were extremely limited collectibles:

Any bean-boffins out there will also have the chance to nab a collectable can personally signed by Maurice Drake, the advertising copywriter who came up with the slogan back in 1967. Although with only 50 of the cans available, you'll have to be quick if you want a sloppy spoonful of the action.

Up until 23 April 2017, Heinz Baked Beans aficionados can sample the bean-based creations at Selfridges. All variations on the menu will cost £3 during the cafe's limited run.