A Russian newspaper reported that Chechens suspected of being gay have been rounded up and detained in secret prisons. 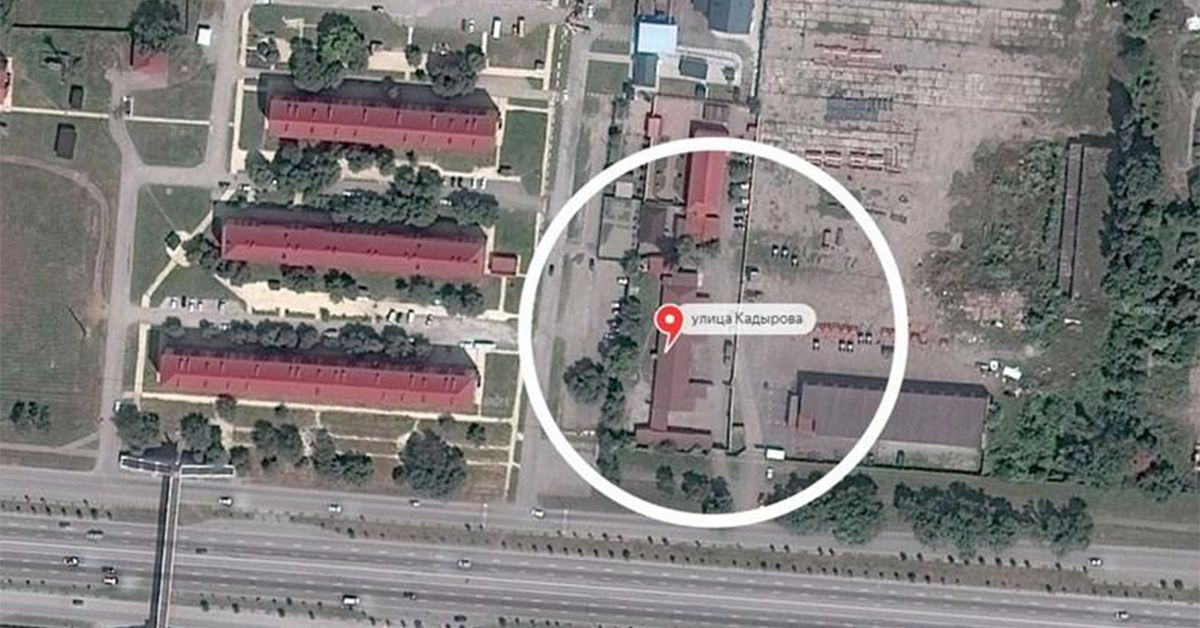 In early April 2017, the Russian newspaper Novaya Gazeta reported that men in the Republic of Chechnya accused of being gay had been "illegally detained, beaten, tortured with electric shocks" and held for ransom in "secret prisons" around Chechnya, including a former military facility in the town of Argun. Some of the detainees were believed to have died at the hands of security forces.

Homophobia and intolerance are not only prevalent in Chechnya, an Amnesty International Russia spokesperson told us, but are fostered by the Chechen authorities. "Honor killings" of men perceived as tarnishing their family's reputations by being gay (or perceived as gay) often go unpunished.

News reports outside Russia have referred to the secret prisons in Chechnya as "concentration camps," comparing them to those built by the Nazis during World War II, but it is unclear from the evidence at hand to what degree the comparison may be apt. The Novaya Gazeta report relies on testimony collected by the Russian LGBT Network, in which the detention facility in Argun is described as "an abandoned hut next to Argun city."

When we asked Amnesty International if they could confirm the existence of the concentration camps they responded that it's preferable, based on what we know, to refer to them as secret detention sites. "We should always be careful about using the language of 'concentration camps,'" AI spokesperson Alexander Artemyev said.

Artemyev also noted that not all the detainees have been men suspected of being gay:

According to a Novaya Gazeta report, men believed to be gay are kept in a former police station (compound) near Argun. These premises consist of several buildings. Among those who are allegedly detained are not only men perceived to be gay, but also suspected sympathizers of the armed group calling itself “Islamic State” and suspected drug users. Amnesty International isn’t able to independently verify the allegations made by Novaya Gazeta.

There have been reports of a second secret detention site identified in Chechnya. These reports are now backed up by an increasing number of testimonies by men who have left Chechnya.

The personal accounts of some of these detentions shared by the Russian LGBT Network are harrowing:

Young man from Grozny, gay. Few month ago, he moved to N (one Russian city). He wanted to reside there, but did not manage to get a job, and was going to return to Chechnya in the middle of March. He tried to reach his friend back in Chechnya, but failed. In a week, his friend contacted him and told him, that he had been just released. He was detained by some security officials on suspicion of homosexuality. In order to get the confession, they beat him with a hose and tortured with electricity. He reported that about 30 people were locked in the same room together with him. According to him, the security officials themselves stated that the order came from the leaders of the Republic. The detained were forced to share the contacts of other gay men. The more the person informed, the longer he was detained.

Another one person who contacted the Network reported that his acquaintance was also detained on suspicion of homosexuality. Messages in the social network “VKontakte” were the cause. People in the “Terek” uniform (Special Rapid Response Team) put a young man in a car and took to an unknown location. Family was not informed about the reasons of detention. The young man was detained and tortured for several days. The relatives managed to identify the place of detention. The father was told that that his son would be publicly ashamed on TV and then released. The young man was indeed released, the conditions are unknown. His whereabouts are unknown. But there is an information, that he never left Chechnya.

Chechen officials have issued statements "flatly denying" that any such detentions took place, or even could have taken place, according to a report by Radio Free Europe:

The head of the local Interior Ministry dismissed the earlier report as a "bad April Fools' joke," while the spokesman for Ramzan Kadyrov, Chechnya's strongman leader, claimed there were no homosexuals in Chechnya. If they did exist, the spokesman argued, detentions would be unnecessary as relatives themselves would "send them somewhere they wouldn't return from."

However, the watchdog group Human Rights Watch says they have received information corroborating the detentions and inhumane treatment and have demanded that Russian authorities "resolutely condemn attacks against LGBT people in Chechnya and ensure safety and justice for the victims."

Similarly, the U.S. State Department issued a statement on 7 April responding to what were termed "numerous credible reports" that the Republic of Chechnya had detained at least 100 LGBTI people, some of whom had allegedly been tortured and killed. The statement by acting spokesperson Mark Toner called on Russian federal authorities to investigate and hold the perpetrators responsible:

The United States Concerned by Reports of Detentions and Deaths of LGBTI Individuals in Chechnya, Russia

We are increasingly concerned about the situation in the Republic of Chechnya, where there have been numerous credible reports indicating the detention of at least 100 men on the basis of their sexual orientation. Some reports indicate many of those arrested have been tortured, in some cases leading to death. We categorically condemn the persecution of individuals based on their sexual orientation or any other basis.

We are deeply disturbed by recent public statements by Chechen authorities that condone and incite violence against LGBTI persons. We urge Russian federal authorities to speak out against such practices, take steps to ensure the release of anyone wrongfully detained, conduct an independent and credible investigation into these, reports and hold any perpetrators responsible.