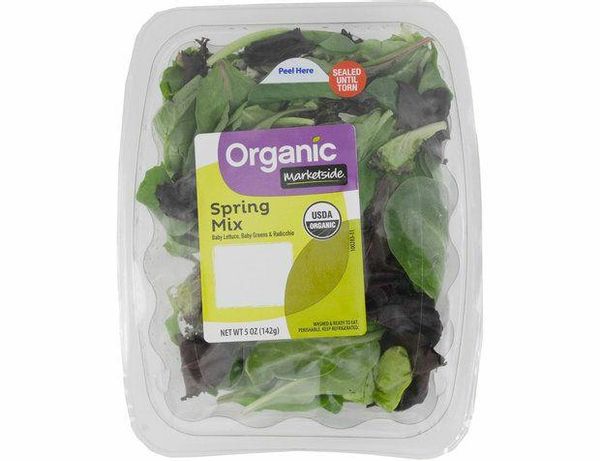 On 8 April 2017, the Centers for Disease Control (CDC) issued a press release announcing the limited recall of Fresh Express brand salads after a dead bat was reportedly found inside a package of the mixed greens:

Experts from the Centers for Disease Control and Prevention (CDC) are working with the Florida Department of Health and the U.S. Food and Drug Administration (FDA) to support an investigation of a dead bat that was found in a packaged salad purchased from a grocery store in Florida. Two people in Florida reported eating some of the salad before the bat was found. The bat was sent to the CDC rabies lab for laboratory testing because bats in the United States sometimes have been found to have this disease. The deteriorated condition of the bat did not allow for CDC to definitively rule out whether this bat had rabies.

Noting that "[t]ransmission of rabies by eating a rabid animal is extremely uncommon and the virus does not survive very long outside of the infected animal," the CDC said those persons who might have been exposed were being evaluated. Public health officials advised both individuals to undergo post-exposure rabies treatment, and the CDC reported no additional incidents involving bat:

On April 8, 2017, Fresh Express issued a recall of a limited number of cases of Organic Marketside Spring Mix. The salads were sold in a clear container with production code G089B19 and best-if-used-by date of APR 14, 2017 located on the front label. The recalled salads were distributed only to Walmart stores located in the Southeastern region of the United States. All remaining packages of salad from the same lot have been removed from all store locations where the salad was sold.

Fresh Express also put out a press release stating that the measures were taken out of an "abundance of caution." The Florida Department of Health and the U.S. Food and Drug Administration are working alongside the CDC with the makers of Fresh Express salads to investigate the incident.

The company said the salads were sold mainly in Southern states.