The White House called the allegations a "baseless, last-second smear" against the Supreme Court nominee. 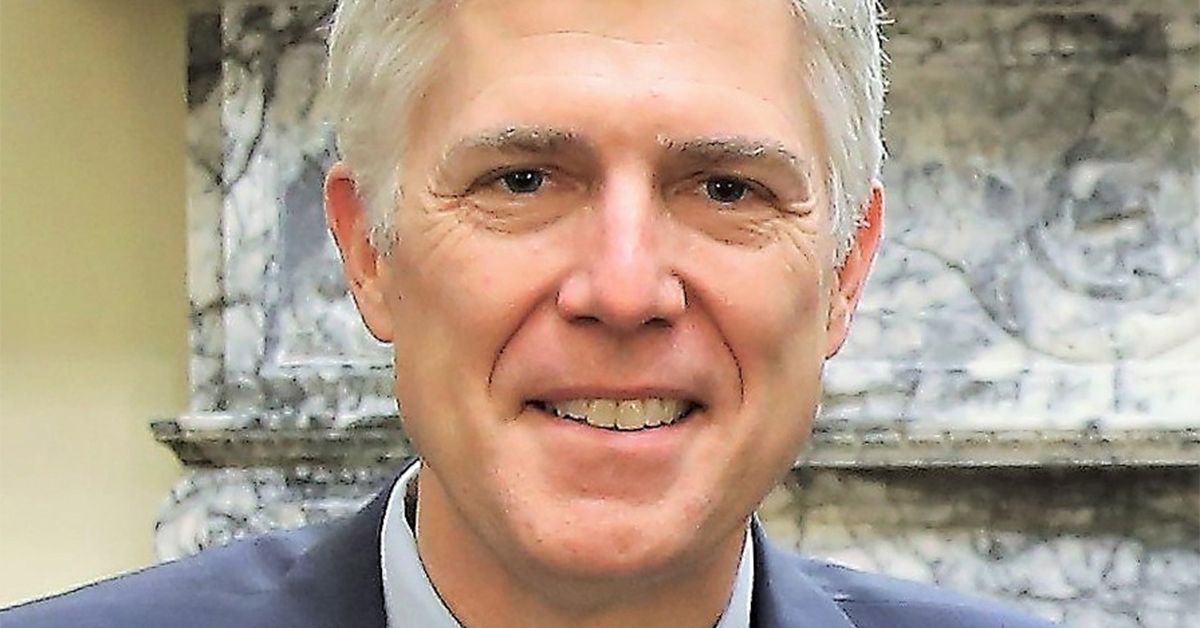 At least two reports are calling into doubt the authenticity of some of Supreme Court nominee Neil Gorsuch's professional and academic writing.

The stories, filed by Buzzfeed and Politico on 4 April 2017, deal in large part with a section in Gorsuch's 2006 book The Future of Assisted Suicide and Euthanasia concerning a child referred to in court documents as "Baby Doe." The passage in question strongly resembles (and at times seems to replicate) a 1984 article by Abigail Lawlis Kuzma published in the Indiana Law Journal. Politico posted a side-by-side comparison of the two sections: Shortly after Baby Doe was born, a hearing was held at Bloomington Hospital to determine whether the parents had the right to refuse the surgery on behalf of their child. An attorney was present at the hearing to represent the parents, though no one was present to represent Baby Doe’s potentially adverse interests. Six physicians attended, three of whom had obstetric privileges and three of whom had pediatric privileges at Bloomington Hospital.

While covering the same sequence of events, Kuzma wrote:

Approximately twenty-six hours after Infant Doe was born, a hearing was held at Bloomington Hospital to determine whether the parents had the right to choose a course of treatment for their child that consisted of allowing the child to die. An attorney was present at the hearing to represent the child’s parents. No attorney was present to represent Infant Doe’s interests. Six physicians attended the hearing, three of whom had obstetric privileges and three of whom had pediatric privileges at Bloomington Hospital.

A spokesperson for President Donald Trump's administration, Steven Cheung, said in a statement that allegations about Gorsuch's plagiarizing Kuzma's text were a "baseless, last-second smear of Judge Gorsuch" on the part of people "desperate" to excuse a filibuster against his nomination.

None of the allegations has any substance or justification. In all the instances mentioned, Neil Gorsuch’s writing and citing was easily and well within the proper and accepted standards of scholarly research and writing in the field of study in which he and I work.

In her statement, Kuzma said:

I have reviewed both passages and do not see an issue here, even though the language is similar. These passages are factual, not analytical in nature, framing both the technical legal and medical circumstances of the ‘Baby/Infant Doe’ case that occurred in 1982. Given that these passages both describe the basic facts of the case, it would have been awkward and difficult for Judge Gorsuch to have used different language.

Politico reported, however, that they consulted various academic integrity experts who provided assessments of Gorsuch's works that ranged "from calling it a clear impropriety to mere sloppiness."

Elizabeth Berenguer, an associate professor of law at Campbell University, said Gorsuch's writing was similar enough to Kuzma's that it could be cause for investigation under legal or academic standards: "I would apply an academic writing standard. Even if it were a legal opinion, it would be plagiarism under either."

Quotations must always be identified as such by the use of either quotation marks or indentation, with adequate citation. It must always be apparent to the reader which parts are your own, independent work and where you have drawn on someone else's ideas and language.

And according to the section of those guidelines regarding paraphrasing:

Paraphrasing the work of others by altering a few words and changing their order or by closely following the structure of their argument, is plagiarism because you are deriving your words and ideas from their work without giving due acknowledgement.

Even if you include a reference to the original author in your own text you are still creating a misleading impression that the paraphrased wording is entirely your own. It is better to write a brief summary of the author’s overall argument in your own words than to paraphrase particular sections of his or her writing.

This will ensure you have a genuine grasp of the argument and will avoid the difficulty of paraphrasing without plagiarising.

According to the reports by Politico and BuzzFeed, several instances of Gorsuch's writing closely resembled the work of other authors whom he failed to cite, instead citing those other writers' sources. One statement released on Gorsuch's behalf quoted fellow Oxford student Chris Mammen as saying, "The standard practice in a dissertation is to cite the underlying original source, not a secondary source, that supports a factual statement."

The Senate will reportedly begin voting on whether to confirm Gorsuch on 6 April 2017. In a 15-hour speech, Sen. Jeff Merkley (D-Oregon) accused Republicans of "stealing" a seat on the high court after refusing to consider the nomination of Merrick Garland by Trump's predecessor, former president Barack Obama.