Here's a roundup of some of this year's best (or worst) April Fool's Day pranks. 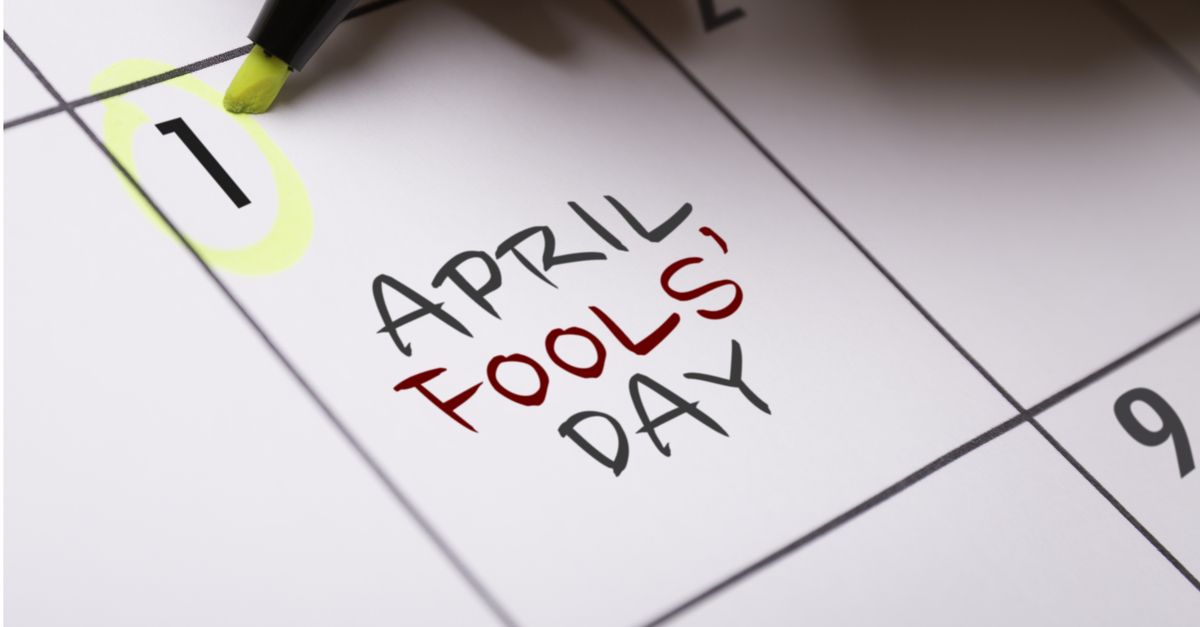 You can't trust everything you read on the internet, especially on April Fool's Day. The annual holiday is the one time of year when it's practically encouraged to lie on the Internet. Here's a look at some of this year's best pranks.

Were 90 kangaroos released in Wyoming?

The Wyoming Migration Initiative fooled many of its Facebook fans today with a convincing photograph (accompanied by a fake news article) about a group of kangaroos that were released in the state: The Wyoming Wild Game Department (WWGD) partnering with the Wyoming Migration Initiative (WMI) have released the first of 5 planned batches of 90 Antilopine Kangaroos into the Wyoming outdoors. Wyoming wasn't the only state to get a new species for April Fool's Day. The web site for the Finger Lakes region in New York jokingly claimed that freshwater dolphins had been released into the waterway:

In what many are calling one of the greatest triumphs of science and conservation in the history of the United States, freshwater dolphins returned this morning to the waters of the Finger Lakes for the first time since 1787. The return of the dolphins comes as the result of an amazing combination of science, technology, passion combined with just a bit of old fashion luck. And while some are excited about the return of the dolphins, others are furious at the way in which it happened, and the many changes in store for residents and tourists alike.

Fingerlakes.com dropped several hints about the humorous nature of this claim. For instance, a man named "John Hammond" (character from Jurassic Park) was reportedly the scientists who extracted dolphin DNA from a piece of amber (also a major plot point of Jurassic Park). The web site also used a pretty unconvincing photograph to show the dolphins: Was the internet banned for children under 13?

BBC published an article reporting that the internet is now banned for children under 13:

The government's ban on internet access for under 13 year olds comes into force today. Dubbed 'The Web Zombie Act 2017' the legislation has wide support from the general public.

The story was only available for a few hours, and was eventually replaced with a graphic explaining that it was a joke (the article also ended with a mention of April Fool's), but some young people were still a little stressed out by the news.

Is George Takei running for office?

The former star of Star Trek has never been shy to voice his political opinions on social media. So when his fans encountered this message declaring his intention to run for office, many people believed that it was real:

The tweet linked to an official-looking news article about Takei's efforts to run for Congress. A few hours later, however, Takei admitted that he had no intention of running for office: Richard Branson of Virgin Atlantic unveiled a new plane, the Dreambird 1417, that uses a new technology called "flapology" to mimic the movements of a bird. The airline produced a video:

After nearly 30 years of offering customers the ultimate long-haul flying experience, Virgin Atlantic and its founder Sir Richard Branson are once again breaking barriers by announcing a world first in aircraft innovation.

Almost a decade in the making, Virgin Atlantic has today announced that its world-class engineering team have been secretly working on the design and production of the world’s first-ever aircraft using new patented technology – flapology – to create the world’s first aircraft with flappable wings.

Is Marmite too sweet or bitter? Too strong or too bland? The company apparently got tired of trying to please all of its fans, and decided to release a new product:

I'm excited to announce the launch of my newest pal, 'Meh-Mite'! A blander version of me that's impossible to love OR hate... pic.twitter.com/hxyftDSUSr

No, "Mehmite" does not exist.

The Google Home may look good on your kitchen counter, but what if you need a smart speaker for your backyard? Google may have found the solution with the Google Gnome:

If gnomes aren't your thing, Google also displayed several other home-related products on its web site (all of which are fake). Did T-Mobile introduce a smart onesie?

Why buy a smartwatch, a fitness tracker, and Google glasses when you can incorporate all of your technology into one fashionable pink onesie?

Be fashion forward and cutting edge at the same time in the new #TMobileONEsie. Technology has never felt so cozy. pic.twitter.com/9h7mDAao1Y

Are you worried that humans might destroy the earth? Maybe you're just excited about the future of space exploration? Either way, Progressive is letting you insure products like jetpacks, space pods, and rovers with its new Red Planet Protection Plan.

Soon, Earth won't be the only option. Life on Mars is real, and so is #RedPlanetProtection from Progressive. Coverage that stays with you even if it's 140 million miles away. Hey everyone! There’s nothing more satisfying than a hearty serving of your favorite show with a tasty treat to ease your streaming appetite. We know what moves streamers like no one else and we’re always seeking improvements for your streaming experience. Today, we’re very excited to announce a great new feature that will benefit all of you streamers: Roku SnackSuggest.

Duolingo is not giving Emoji lessons.

Duolingo is a service to help you learn nearly any language — including emoji. Duolingo's April Fool's Day joke promised immersive lessons in the "language of millennials":

Emoji ? is the language of choice for more than two billion millennials worldwide ?. With the help of this course, parents ? ? and grandparents ?? everywhere can now learn how to better communicate with their children and grandchildren ? ? – without using any words at all! Because, let's face it: who has ⏰ for words anymore?

Now check out this article to learn a little about the history of April Fool's Day.