Did the Trump Administration Remove LGBT Categories from the 2020 Census?

LGBT data were not previously included in any U.S. census, but an altered report suggested the Census Bureau was considering the topic for inclusion for 2020. 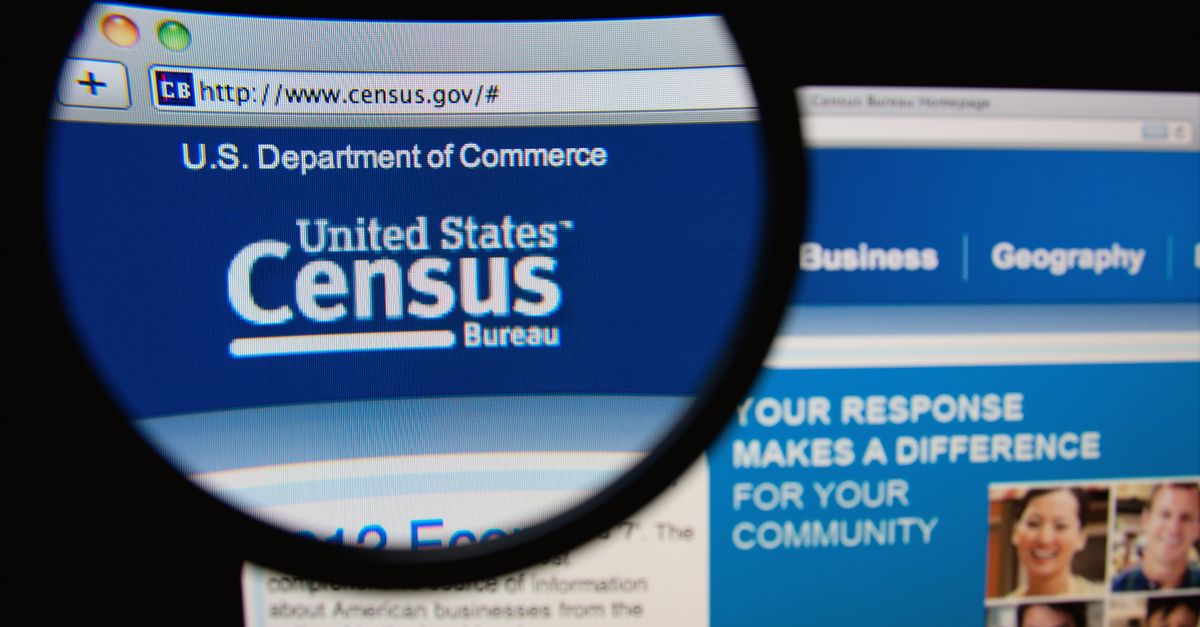 On 28 March 2017, multiple online outlets reported that the Trump administration had moved to omit or remove questions pertaining to gay and lesbian Americans from the upcoming 2020 U.S. census:

Articles and headlines implied that the census had been changed to remove LGBT-related questions that had once been included. However, an archived fact sheet from the most recent census taken in the United States (2010) specifically noted that questions about "sexual orientation or gender identity" were not then part of the census:

The 2010 Census does not ask about sexual orientation or gender identity. LGBT people living with a spouse or partner can identify their relationship by checking either the “husband or wife” or “unmarried partner” box.

How do same-sex couples answer the relationship question?

The 2010 Census will be the first to report counts of both same-sex partners and same-sex spouses. The person filling out the form (Person 1) is asked to identify how all other individuals in the household are related to him or her.

Census data are based on how individuals self identify and how couples think of themselves.

Same-sex couples who are married, or consider themselves to be spouses, can identify one other adult as a “husband or wife.”

Other same-sex couples may instead decide to use the term “unmarried partner.” In general, people who identify as unmarried partners are in a close personal relationship but are not married or do not think of themselves as spouses.

Census data are based on how individuals self identify. This includes same-sex couples who live somewhere their relationship is not recognized.

Coverage of a March 2017 Census Bureau announcement suggested that the Trump administration had specifically "omitted" or "dropped" questions about LGBT households from the census, but what was being referred to were putative changes to finally add such questions to the next census, not to remove categories that had been used in previous censuses:

A draft of subjects planned for the 2020 census, the next year the decennial survey will be conducted, initially had a proposal to include sexual orientation and gender identity for the first time. However, that inclusion was not listed in the finalized report delivered to Congress.

The 28 March 2017 news release ("Census Bureau Submits Subjects for 2020 Census to Congress") that touched off the controversy included no mention of including tabulations specific to LGBT residents:

The U.S. Census Bureau delivered its planned subjects for the 2020 Census to Congress, which include gender, age, race, ethnicity, relationship and homeownership status.

By law, the Census Bureau must deliver decennial census subjects to Congress three years before Census Day, with the next one occurring April 1, 2020. The subjects represent the necessary balance between the need for data and the Census Bureau’s commitment to reduce the time it takes to complete the form. By law, the actual questions that will appear on the 2020 Census questionnaire must be submitted to Congress by March 31, 2018.

Many articles about controversy pertaining to LGBT households and the 2020 Census suggested President Trump or his administration had elided or removed LGBT-related questions from the census, but such questions were not there in the first place, and we found no information indicating that the executive branch was exerting influence over U.S. Census operations.

According to the Washington Blade, what happened was that the Census Bureau issued a report listing sexual orientation and gender identity as a proposed census topic, but then "corrected' the final version of the report to remove that material:

But apparently an initial version of [the submitted] report went too far. The U.S. Census issued a notice shortly afterward indicating the report was corrected because the initial appendix “inadvertently” included LGBT categories.

“The Subjects Planned for the 2020 Census and American Community Survey report released today inadvertently listed sexual orientation and gender identity as a proposed topic in the appendix,” the statement says. “The report has been corrected.”

With efforts to streamline the decennial U.S. Census, the addition of LGBT questions would have been unlikely. The inclusion of LGBT categories in the report may indicate those categories were initially planned for the more detailed annual American Community Survey, then taken away.

The National LGBTQ Task Force has downloaded and published an unredacted copy of the report and posted on its website an image of the initial report and the redacted one that followed.

The U.S. Census Bureau's director subsequently issued another statement to clarify the issue of why their report was changed with respect to "the inclusion of sexual orientation and gender identity":

The U.S. Census Bureau hit a major milestone and delivered the planned subjects for the 2020 Census and the American Community Survey (ACS) to Congress as required by law. Since releasing this information, there have been a number of questions raised about the inclusion of sexual orientation and gender identity due to an error in the appendix of the report. Our proposal to Congress was that the planned subjects remain unchanged from the 2010 Census and will cover gender, age, race/ethnicity, relationship and homeownership status. It did not include sexual orientation or gender identity.

I would like to walk through the multiyear process the Census Bureau followed to get us to this milestone. Deciding these subjects is a rigorous, iterative process completed in conjunction with the Office of Management and Budget (OMB) and coordinated across many federal agencies. In order for a subject to be included, there must be a clear statutory or regulatory need for data collection.

In preparation for the 2020 Census, we conducted a detailed review of decennial census and ACS content, ensuring the data are appropriate to meet a wide range of federal needs — from providing apportionment and redistricting data as part of our representative democracy, to helping distribute more than $400 billion in federal funds annually. In 2014, the Census Bureau began facilitating this review in coordination with the Offices of General Counsel at the Department of Commerce and other agencies, who reviewed each subject to determine if it had a statutory or regulatory mandate. The Census Bureau published the results in a Federal Register Notice in May 2015, with an opportunity for public comment and agency feedback.

In April 2016, more than 75 members of Congress wrote to the Census Bureau to request the addition of sexual orientation and gender identity as a subject for the American Community Survey. We carefully considered this thoughtful request and again worked with federal agencies and the OMB Interagency Working Group on Measuring Sexual Orientation and Gender Identity to determine if there was a legislative mandate to collect this data. Our review concluded there was no federal data need to change the planned census and ACS subjects.

We have contacted the Census Bureau's public information officer but have not yet received answers to the specific questions we submitted.