The M-44 "cyanide ejector device" is widely used by the U.S. Department of Agriculture to cull predator species such as coyotes, foxes, and feral dogs. 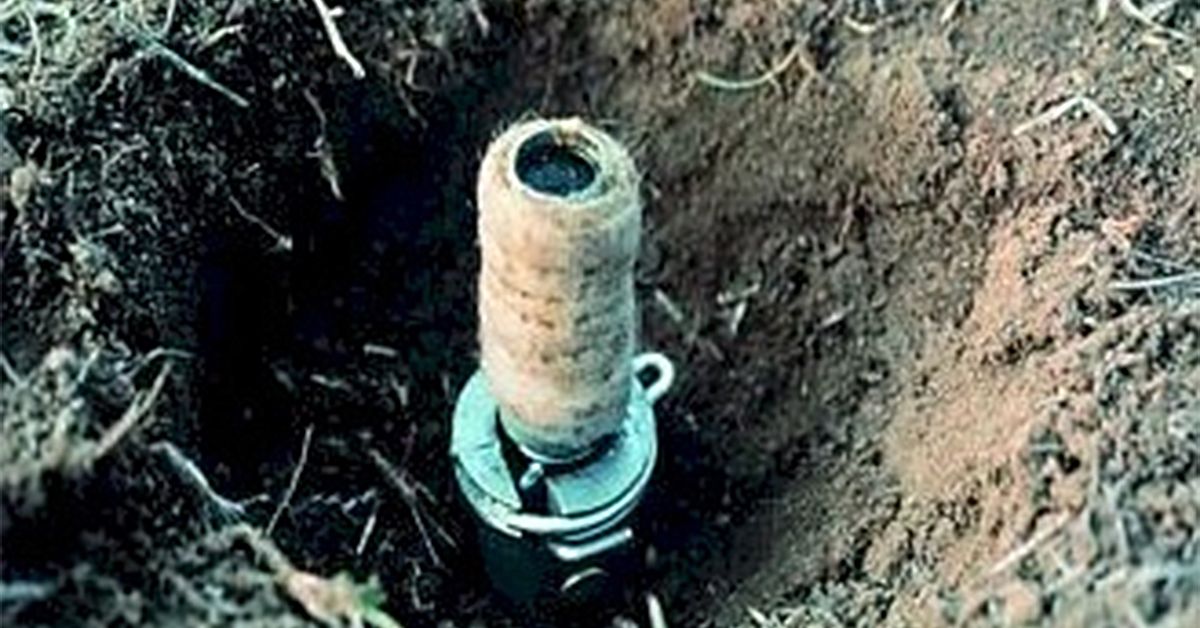 The U.S. Department of Agriculture is reviewing its operating procedures for use of a predator control device known as an "M-44 cyanide trap" after a one went off in Pocatello, Idaho on 16 March 2017, killing a family dog and spraying a 14-year-old boy who was walking the dog with potentially lethal sodium cyanide powder.

The Bannock County Sheriff's Office characterized the device as "extremely dangerous" in a press release issued the same day:

The Bannock County Sheriff’s Office is investigating an incident involving a predator control device that detonated killing a family’s dog. The sheriff’s office received the call earlier this date from the father indicating an unknown device had detonated in close proximity to his son and the family’s dog. The incident occurred on a ridge line located above a residence on Buckskin Rd. The father indicated that the family dog had been killed and his son had been covered in an unknown substance as the device detonated. Luckily this child was not seriously injured. It was later determined that the device was placed at it’s location by the Department of Agriculture. The device is used by the Department of Agriculture for predator control and when activated releases a burst of cyanide. The device is a M-44 device but is commonly referred to as a "cyanide bomb." This device is extremely dangerous to animals and humans. A picture of the device in included in this release for the public’s knowledge. If a device such as this is ever located please do not touch or go near the device and contact your local law enforcement agency. The family involved in this incident were evaluated at a local hospital and were released.

The 14-year-old, Canyon Mansfield, told the Idaho State Journal the device looked like a sprinkler head protruding about six inches from the ground. He soon found out otherwise:

Like many curious teenagers would, he bent down and touched the pipe, which erupted with a loud popping noise that knocked Canyon off his feet. A hissing sound ensued and Canyon noticed his clothing and face were covered with an orange, powdery substance. After quickly washing his face and clothes in a nearby patch of snow, he called for his dog, a 3-year-old Lab named Casey.

Wildlife Services, a division of USDA's Animal and Plant Health Inspection Service, confirmed the incident in 17 March statement describing the unintentional poisoning as a "rare occurrence" and saying the agency "sincerely regrets such losses" and will take measures to reduce the likelihood of it happening again:

APHIS’ (Animal and Plant Health Inspection Service) Wildlife Services confirms the unintentional lethal take of a dog in Idaho. As a program made up of individual employees many of whom are pet owners, Wildlife Services understands the close bonds between people and their pets and sincerely regrets such losses. Wildlife Services has removed M-44s in that immediate area.  Wildlife Services is completing a thorough review of the circumstances of this incident, and will work to review our operating procedures to determine whether improvements can be made to reduce the likelihood of similar occurrences happening in the future.

The unintentional lethal take of a dog is a rare occurrence.  Wildlife Services policies and procedures are designed to minimize unintentional take or capture of domestic pets. It posts signs and issues other warnings to alert pet owners when wildlife traps or other devices are being used in an area for wildlife damage management.  M-44s are spring-activated devices that release cyanide when they are activated through upward pressure or pulling.  These devices are only set at the request of and with permission from property owners or managers.  This is the first unintentional take with an M-44 device in Idaho since 2014.

Among the policies and procedures governing the use of M-44 traps are the requirements that the devices be installed only at the written request of the land's owner or manager, that their locations be marked with bilingual (English/Spanish) warning signs, and that each device be inspected at least weekly by trained personnel. The owners of the dog killed by the device in Pocatello say they saw no such warning posted. The Bureau of Land Management, which owns the land, says the device was placed there mistakenly by a USDA employee. An investigation by the Bannock County Sheriff's Office is ongoing.

According to USDA data, 22 domestic animals (livestock and pets) have been unintentionally killed by M-44 devices nationwide since 2013. The collateral damage also includes wild animals, of which more than 300 were unintentionally poisoned to death in 2016. On the flip side of the equation, 13,209 targeted predators (coyotes, foxes, and feral dogs) were intentionally eradicated using cyanide traps during the same 12-month period. The USDA notes that no human fatalities have occurred, though there have been reports of minor injuries.

Environmental and animal welfare groups such as the Center for Biological Diversity, the Humane Society of the United States, and Predator Defense have called for a ban on the devices, which they characterize as dangerous, inhumane, and unnecessary to accomplish the stated goal of predator control.

We attempted to contact USDA APHIS Wildlife Services to find out how many M-44 traps are currently deployed nationwide, but did not receive a reply.