A woman traveling from Colorado says two girls were barred from flying until they changed their clothes. 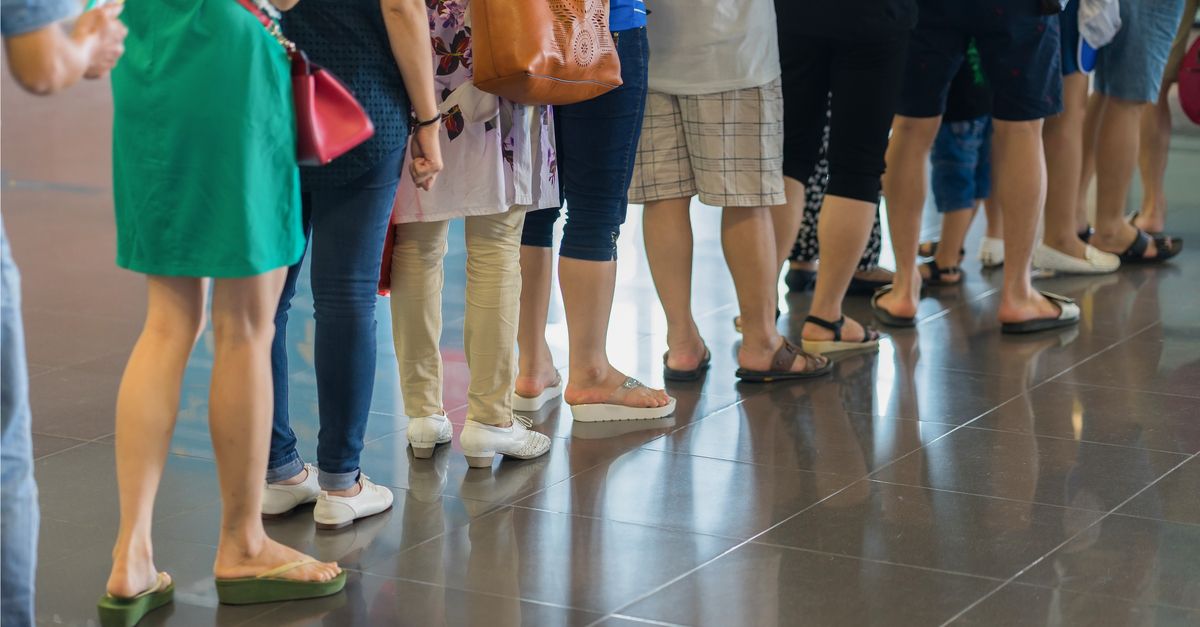 On 26 March 2017, Shannon Watts was traveling from Denver International Airport to Minneapolis when, she says, she overheard an agent from United Airlines telling a family near her that they would not be allowed to board the plane unless the two young girls changed their clothes: Watts added that the girls' father, who was wearing shorts, was allowed to board without incident.  The story quickly spread, with many expressing confusion over the seemingly arbitrary rule.

United Airlines replied to concerned (and surprised) people on social media, confirming that the incident took place and that a representative of the company had told the girls to change their clothes, which they had deemed inappropriate:

We found no explicitly stated rules or guidelines about leggings (or any other articles of clothing) on United's web site, but the One Mile at a Time site offered a putative explanation for the issue. The passengers in question, according to United were flying on (employee) passes, and United's dress code for "non-revs" (i.e., non-paying passengers) deems "form-fitting lycra/spandex tops, pants and dresses" (among other forms of dress) as unacceptable:

@shannonrwatts (1/2) We appreciate you being our eyes and ears. The customers this morning were United pass travelers.

The Washington Post similarly noted that the passengers were using a United employee pass and therefore had to meet different dress standards than paying customers do:

United Airlines spokesman Jonathan Guerin confirmed the two teens were not allowed on the flight. But he said they were traveling using a United employee pass and “were not in compliance with our dress code policy for company benefit travel.”

“Our regular passengers are not going to be denied boarding because they are wearing leggings or yoga pants,” Guerin said. “But when flying as a pass traveler, we require this pass travelers to follow rules, and that is one of those rules.

“They were not compliant with the dress policy with the benefit,” Guerin said, noting that the girls were aware of the internal rule. “This morning, the attire of the pass travelers on this flight didn’t meet the dress code policy.”

Travelers familiar with the airline employee travel pass say it has long been a requirement for those using the benefit to dress up more than paying passengers.

United issued a short statement on the matter, saying that "The passengers this morning were United pass riders who were not in compliance with our dress code policy for company benefit travel."

We have reached out to Watts and to United Airlines for comment.