Cheerios Gives Away 1.5 Billion Wildflower Seeds in 'Save the Bees' Promotion

In March 2017, General Mills Inc. handed out more than a billion wildflower seeds in a promotion aimed at fighting the decimation of bee populations in North America. 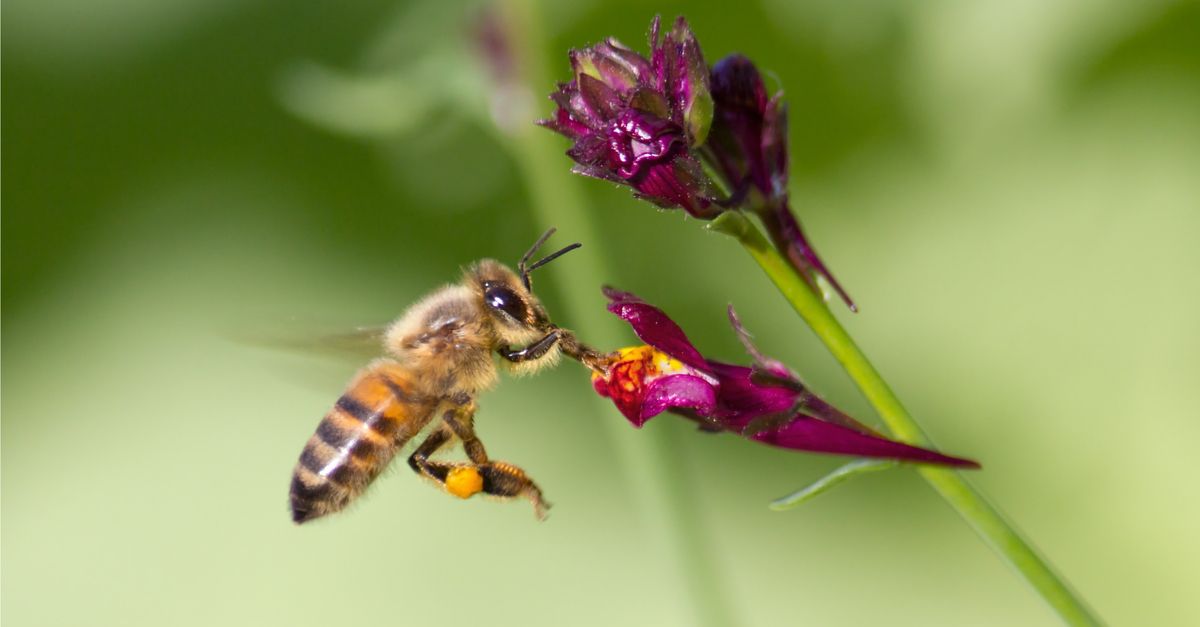 A pledge by Honey Nut Cheerios manufacturer General Mills Inc. to give away 100 million wildflower seeds to address the problem of declining bee populations in North America was so well received by the public that the program ended up distributing more than a billion free seeds in seven days, a spokesman for the company has reported.

"On March 9th, we set out with a goal to provide enough seeds to help Americans plant 100 million wildflowers across the country to help #BringBackTheBees," Brand Media Relations Manager Mike Siemienas said in an e-mail. "In just one week, Honey Nut Cheerios has had the pleasure of providing more than 1.5 billion seeds. Thank you to everyone who contributed to this incredible response, which was more than 15 times our original expectations."

General Mills partnered with a Canadian company, Veseys Seeds Ltd., to distribute the seeds via a web site adorned with a cut-out silhouette of the Honey Nut Cheerios mascot, Buzz the Bee, whose image was temporarily removed from cereal boxes in early 2017 to shine a spotlight on the plight of bees everywhere.

"Pollinators are critical to our environment," noted a press release announcing the campaign's launch on 9 March 2017:

More than two thirds of the crops used to feed people, accounting for 90 percent of the world’s nutrition, are pollinated by bees. With deteriorating colony health, pollinators everywhere have been disappearing by the millions.

Pollinators need wildflower pollen and nectar to stay happy and healthy. Planting wildflowers is recommended by conservationists as one of the best ways to support pollinators. It's a fun, simple way to help. Honey Nut Cheerios wants to create a more bee-friendly world by encouraging consumers to plant over 100 million wildflowers this year.

Researchers have been closely monitoring bee populations since 2006, when U.S. beekeepers reported hive counts ranging from one-third to an alarming 90 percent less than the previous year. Despite brief periods of recovery, the overall declines have continued ever since, with apiculturalists estimating a total annual colony loss of 44.1 percent between April 2015 and March 2016.

Among the cited causes of the phenomenon are a parasite, the varroa mite, which carries a disease lethal to bees and spreads from colony to colony, and changing land use patterns that paved the way for pesticide poisoning and malnutrition among pollinating insects. The #BringBackTheBees campaign was a gesture in the direction of replacing some of that lost habitat.

Can planting wildflower seeds actually help? The bee experts we contacted said yes, though its impact can only be incremental.

UC Davis Emeritus Extension Apiculturist Eric Mussen gave us a sense of the scale of the problem. "How much good the wildflowers do depends upon the result that is measured," he explained in an e-mail. "An individual native bee might be able to adequately collect enough nectar and pollen from all the flowers from one or two seed packets to meet its reproductive demands for a season.

"On the other hand a honey bee colony that is actively raising more that 1,000 bees daily during the spring, summer, and fall requires the equivalent of an acre of mixed blooms to meet its daily food requirements," Muller said. "That would be a very large number of seed packets."

Still, every little bit helps. "I think that any time we can throw out some seeds for flowering plants that bees like, we should do it," UC Berkeley entomology professor Gordon Frankie told us. "Bees need all the help they can get."

Conservation biologist Claire Kremen, also of UC Berkeley, encourages wildflower planting too. "Bees (not just honey bees, but the other 4000 bee species that are native to North America) require pollen and nectar to survive," she said in an e-mail. "[A]s we urbanize our landscapes and intensify agriculture (generally planting only one species over broad expanses), we need to make sure that we do have wildflowers available for pollinators. So yes, people planting wildflowers in their gardens can help."

However, Kremen cautions against planting commercial wildflower seeds in wild or natural areas. "Wildflower plantings in natural reserves and natural areas should be done by professionals that are following a well-established restoration plan," she wrote. Home gardeners who are serious about supporting pollinators should avoid harmful chemicals, as well. "People also need to stop using pesticides in their back yards and purchasing nursery plants from nurseries that use neonicotinoid pesticides." (Neonicotinoids are a group of pesticides chemically related to nicotine that are deadly to most pollinating insect species.)

There was some confusion around the General Mills promotion caused by social media rumors alleging that Cheerios cereal itself is responsible for the death of bees because it has been found to contain traces of a common herbicide. Here is an excerpt from the text of the rumor, as e-mailed to us on 16 March 2017:

Before you get too excited about the new Cheerios campaign, where they've decided to give out 100 million FREE wildflower seeds, let me tell you what's really up...

1. Cheerios tested HIGHER for GLYPHOSATE (aka Round Up) than any other food tested- with Glyphosate levels over 1,100 parts per billion!

2. GLYPHOSATE IS WHAT IS KILLING THE BEES IN THE FIRST PLACE AND CHEERIOS REFUSES TO STOP USING THE PESTICIDE ON THEIR PRODUCTS!

3. The company that Cheerios has partnered with for this project, Vesey's Seed Company, was formerly owned by Monsanto (the maker of GLYPHOSATE)

However, although it's true that laboratory tests found glyphosate residues in Cheerios cereal and other grain-based packaged foods, indicating the herbicide was used in fields where crops for these products were grown, a 2015 study published in the Journal of Economic Entomology found that glyphosate has "very minor or no acute toxicity to honeybees."

It is the case, of course (as stated above), that converting lands to agricultural use (such as growing oats) shrinks pollinators' natural habitats, which can lead to starvation. General Mills has participated in efforts to ameliorate this problem by supporting large-scale bee habitat plantings on farms where crops used in its products are grown.

The claim that Veseys Seeds is (or was) owned by the multinational agricultural biotech company Monsanto is equally false. According to a statement by Veseys spokesman Gary Ogle, the company, based on Prince Edward Island, is "a 100% local, family owned proprietorship," and has been since its inception.