EPA administrator Pruitt told CNBC that he does not agree that carbon dioxide is "a primary contributor to the global warming that we see," arguing that scientists are still debating the issue. 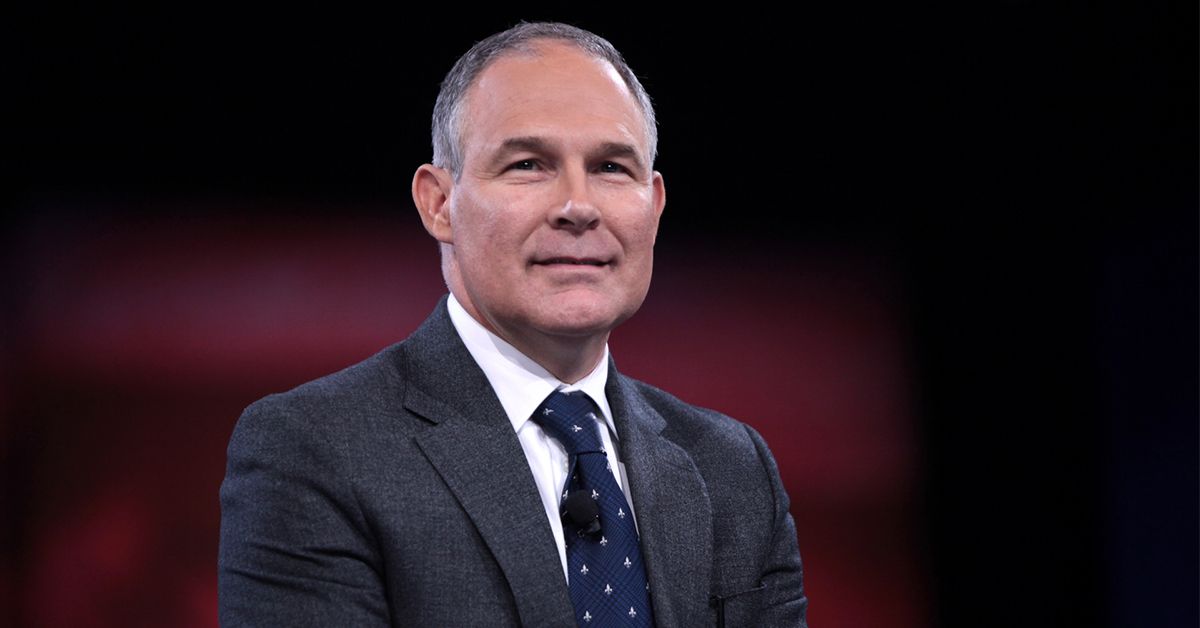 During a 9 March 2017 appearance on CNBC’s “Squawk Box”, Environmental Protection Agency administrator Scott Pruitt was asked by host Joe Kernen if he believes that it has been proven that "CO2 is the primary control knob for climate."

Pruitt's response suggested that he questions the role the greenhouse gas has on modulating climate:

I think that measuring with precision human activity on the climate is something very challenging to do and there's tremendous disagreement about the degree of impact, so no, I would not agree that it's a primary contributor to the global warming that we see.

While climate science is, indeed, a challenging and complex subject, the role of CO2 in warming the planet as well as evidence that recent increases in the gas come from humans is both unequivocal, and more than a century old.

The realization that atmospheric CO2, from any source — natural or man-made — contributes to warming the planet dates back to the late 1850s and the pioneering work of British professor John Tyndall. Using a laboratory instrument of his own invention, he demonstrated the heat-trapping characteristics (or lack thereof) of the principal atmospheric gases, as described in scientific history of the greenhouse effect:

Tyndall’s experiments in May 1859, which he further refined for several years afterwards, established for the first time that molecules of gases, such as water vapour, carbon dioxide and methane, do indeed absorb more energy than oxygen and nitrogen when radiant heat is passed through them.

These experiments led him to produce a remarkably well-formed conception of what later became known as the "greenhouse effect," as presented in an 1859 summary of a lecture he gave to a the British Royal Society:

Solar heat possesses [...] the power of crossing an atmosphere; but, when the heat is absorbed by the planet, it is so changed in quality that the rays emanating from the planet cannot get with the same freedom back into space. Thus the atmosphere admits of the entrance of the solar beat, but checks Its exit: and the result is a tendency to accumulate heat at the surface of the planet.

In an 1861 lecture, Tyndall further suggested that past changes in the concentration of these gases, notably carbon dioxide and other "hydrocarbon vapours", could be responsible for past changes in climate:

Such changes in fact may have produced all the mutations of climate which the researches of geologists reveal.

A more rigorous, observationally derived mathematical relationship between climate and atmospheric carbon dioxide was only 35 years away. In 1896, Swedish scientist Svante Arrhenius, using observations of radiation emitted from the Moon combined with data of local CO2 concentrations, calculated that a doubling of CO2 would lead to a 5ºC rise in temperature. This relationship, a crucial metric now termed climate sensitivity, is rough agreement with subsequent, modern estimates.

In later years, Arrhenius would come to the conclusion (well-documented by the press at the time) that humanity's use of coal and other fossil fuels would ultimately warm the planet (though he suggested this might be a good thing). As Arrhenius said in a speech he wrote in 1920:

According to some calculations made by me an increase of the carbonic acid in the atmosphere will give the whole earth a more uniform and warmer climate. Therefore, we may suppose that the burning of coal will cause our climate to approach to that of the tertiary age.

In essence, the relationship between carbon dioxide and climate had already been firmly established by the early 20th century. This, however, is only part of what needs to be demonstrated for Pruitt’s claim to be misrepresentative of scientific consensus. There must also be unassailable evidence that the increasing atmospheric carbon dioxide (which has been monitored continually since 1956) comes from human’s combustion of fossil fuels.

Thanks to two key differences in the chemistry of carbon sourced from fossil fuels versus carbon in naturally occurring atmospheric CO2, the source of increased atmospheric carbon dioxide is equally non-controversial. The first chemical difference concerns radioactive carbon-14.

Naturally occurring atmospheric carbon contains this radioactive form of carbon, because it is continually generated in the atmosphere by the breakdown of nitrogen before being cycled through living organisms and the ocean and then returned to the atmosphere. On the other hand, fossil fuel carbon, as it is formed from the remains of organisms that died many, many carbon-14 half-lifes ago, contains effectively none.

The second difference between naturally occurring carbon and that which comes from fossil fuels concerns non-radioactive carbon-13. This rare isotope exists in small proportions in nature, but is slightly more cumbersome for cellular processes to utilize. As a result, living organisms contain less of it than the general pool of carbon at large. Since fossil fuels were once living things, burning them releases carbon with significantly less carbon-13.

The atmospheric concentration of both carbon-14 and carbon-13 has, as a result, been decreasing in conjunction with the increased emissions of fossil fuels — a phenomenon termed the Suess effect, which has been documented since the 1970s. This effect is so pronounced that it will actually affect the future viability of radiocarbon dating. A 2015 study published in Proceedings of the National Academy of Sciences concluded:

By 2050, fresh organic material could have the same [same amount of carbon-14] as samples from 1050, and thus be indistinguishable by radiocarbon dating. Some current applications for [carbon-14] may cease to be viable, and other applications will be strongly affected.

As a result of these observations, there are few viable arguments a scientist could make to support the claim that burning fossil fuels does not add carbon dioxide (which had already been demonstrated and accepted by the scientific community as a heat-trapping gas) to the atmosphere.

The only missing link in demonstrating the scientific consensus around CO2’s role in climate change, then, would be an agreement that the climate is actually warming. This has been demonstrated many times over with historical records, geological records, and even by a group of physicists initially skeptical of anthropogenic global warming.

Greenhouse gases act like a blanket around Earth, trapping energy in the atmosphere and causing it to warm. This phenomenon is called the greenhouse effect and is natural and necessary to support life on Earth. However, the buildup of greenhouse gases can change Earth's climate and result in dangerous effects to human health and welfare and to ecosystems.

To be sure, there are still complex problems and debates within the climatological community. These issues, however, are much more nuanced than the simple and accepted relationship between carbon dioxide and climate change, whether or not humans are adding it to the atmosphere, or if such a gas is capable of producing warming.

As such, Pruitt's statements to CNBC are misrepresentative of the scientific consensus on carbon dioxide’s role as a greenhouse gas — a consensus that has essentially existed for more than a century.

Tyndall, John.   "On The Transmission of Heat of Different Qualities Through Gases of Different Kinds."     Pharmaceutical Journal.   1 December 1859.

Arrhenius, Svante.   "On the Influence of Carbonic Acid in the Air upon the Temperature of the Ground."     Philosophical Magazine and Journal of Science.   April 1896.

Arrhenius, Svante.   "The World’s Supply of Energy: The Problem That Faces Us When Our Supplies of Coal Are Exhausted."     Scientific American Monthly.   October 1920.

Tyndall, John.   "On the Absorption and Radiation of Heat by Gases and Vapours, and on the Physical Connexion of Radiation, Absorption, and Conduction."     Philosophical Transactions of the Royal Society of London.   1861.

Kohler, Peter.   “Using the Suess Effect on the Stable Carbon Isotope to Distinguish the Future from the Past in Radiocarbon."     Environmental Research Letters.   7 December 2016.

Graven, Heather D.   “Impact of Fossil Fuel Emissions on Atmospheric Radiocarbon and Various Applications of Radiocarbon Over This Century."     Proceedings of the National Academy of Sciences.   8 June 2015.